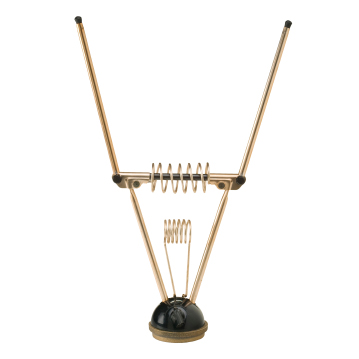 Why the Bandwidth Glut May End Someday
by Kevin Morris

Recently, I saw an ad by a major US carrier talking about the amazing capabilities of their 4GB/month data plan. According to the commercial, this amazing plan for $30 USD/month will allow you to get up to 400,000 emails per month, download up to 1,100 songs, or do up to 34 days of continuous GPS operation. All from your smartphone.

Bear with me here, while we break that down a bit.

400,000 emails in one month is over 13,000 per day. Or over 9 per minute. An email about every six seconds, all 24 hours of every day of the month. That’s a lot of thumb typing. 1,100 songs? I don’t think you could buy them that fast. That’s at least 55 hours of music – if you listened to each of your 3-minute pop tracks just once. 34 days of GPS? How one manages 34 days of continuous anything during a typical month remains a bit of a mystery.

Clearly, the carrier wants us to think of 4GB per month as bandwidth bounty. More data than you could ever use. Email, GPS, music – they’re all covered. And the lifestyle commercials? Yep, there are all those happy customers watching video on their… Hey, wait! Video? What about video, the killer app of connected smart devices?

About half of one feature-length HD movie. Per month. Uh oh.

Being engineers, there is probably no new information here. From YouTube to Vimeo to facetime, from Netflix to iTunes, from the dance recital to the fireworks display to facebook – the smartphone-using public is developing an enormous appetite for video. As we can see from the mostly-irrelevant claims on the 4GB TV ad – video is also the one thing that the carriers and the infrastructure are completely not prepared to deliver to expectations. If anything is driving the bandwidth glut, it is the proliferation of connected, video-capable devices.

The public has been conditioned to think that enormous quantities of video can be delivered to them for free. For over fifty years now, they’ve been able to pop a pair of rabbit ears on the top of a garden-variety TV and BAM! 24-hours per day of multiple channels of unlimited streaming video. No problem, right? Switch on your new video-enabled smartphone and that rabbit ear expectation is still hanging around.

What? Use my entire month data plan by watching HALF of a single movie?

At some level, many of us are involved in the process of delivering additional bandwidth to the world – from endpoint devices like smartphones to wireless and wired infrastructure. It’s a bit sobering to realize that the net result of 100-400Gb/s switches, 400GE, LTE, low-power/high-performance embedded processors, MIMO antenna systems, Lithium battery technology, TFT-LCD and AMOLED displays, 28nm semiconductor processes, FPGAs, NAND flash, and a zillion other amazing technologies – all working together in one of mankind’s greatest-ever collaborative efforts – are joining forces primarily so the world’s middle-schoolers can watch skateboarding dogs on their smartphones in the cafeteria at lunchtime.

We all dreamed of so much more than this.

The public’s appetite for on-demand video is likely to be the primary driver for building up the world’s bandwidth for the next decade at least, and all of the other applications of the global communications network infrastructure will basically ride along for free. By converging just about every communications requirement on the planet to something that can be serviced by a high-speed packed-based data network, we have also eliminated the need (or even the ability) to discriminate the delivery of connectivity based on the value of the service. Remote monitoring of medical equipment, high-priority security systems, or safety-critical public transit functions use the same data pipes as skateboarding dog videos, and providers can’t reasonably levy a premium for the higher value returned. Profit margins on incremental bandwidth today were therefore destroyed by rabbit-ear antennae – fifty years ago.

For the past three decades, we have made astounding progress on bandwidth. The bandwidth curve, of course, tracks more or less along the same trends as Moore’s Law, with the semiconductor explosion playing the leading role in the bandwidth build-out. However, at the moment, we could probably see a point of closure: Put a video-enabled device in the hands of every person in the civilized world. Stream high-definition on-demand video to each of those devices 24-hours per day. If you multiply that out, you come up with something akin to the maximum worldwide bandwidth appetite we have figured out how to use as of now. It’s a big number, but it’s not off the chart if you plot out the crazy exponential progress we have made over the past thirty years.

Will we get there? If Moore’s Law holds out that long, yes. And, it looks like it will. What then? Will there be a new killer app that consumes even more bandwidth? We have proven again and again that “more than anyone could ever want” is a short-sighted observation to make about anything in technology. I just popped a 32GB flash card into a digital camera. Estimating how much is too much for the general public is a proven fool’s game.

How would our lives be different if just two specs were taken to their logical extremes? What if we could store an infinite amount of data on a single chip, and what if we could wirelessly transfer at infinite speed? What would we build then? Many of our devices, I’d argue, would be very similar to those we have and use today – albeit with a bit less frustration. Many people today almost never push the limits of their existing devices. If my iPhone had infinite storage rather than just 64GB, I probably wouldn’t notice for a while. If my data connection speed went up to infinity, my device would be snappier for sure, but I’d still do most of the same things I do today, in a similar way.

Futurists with more vision than I probably have a clear answer for these questions. As engineers, given those technologies, what would you design? It is interesting to consider those questions as the vanishing point of the trendlines we are now all laboring to extend into the future.