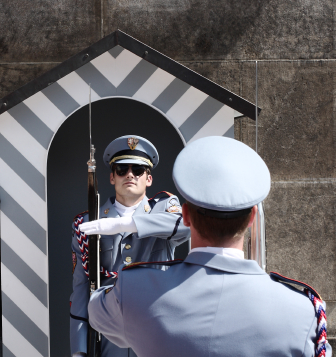 If the Earth is about to be hit by a meteor and you’ve got only 10 seconds to read this article, here’s the takeaway: some AMD processors now have 5-year lifespans.

Still with us? Splendid. That’s good news for embedded designers (the five-year thing, I mean), because AMD processors usually have the shelf life of a Harlequin romance novel. They follow the boom-and-bust cycles of PC fashion, dying off and getting replaced by faster or more elaborate versions every few months. That’s fine for the PC market, but it drives embedded designers nuts because they can’t get last year’s chip any more. By the time you design your board, the chip is obsolete, superseded by another model with a different pinout and different electrical characteristics.

That frustrating treadmill has led most embedded developers to eschew PC processors from AMD and Intel in favor of more traditional embedded processors from… well, everyone else, really. With no PC market cycles to chase, all the other processor vendors are happy to accommodate the relatively long product cycles of us, the embedded elite.

Even AMD and Intel occasionally get the memo. “Hey, guys, we like your chips but that gnat-like lifespan is killing us!” The two x86 behemoths have both come out with “embedded” versions of their PC processors at various times over the past few decades. But their resolve seems to wither after the first few years. Now you see ’em, now you don’t. It doesn’t help to have long-life chips if the strategy itself has a short lifespan.

Anyway, AMD is now back in the embedded-x86 business. The company rolled out its G-series processors last year, and, this month, it’s updating that roster with the new R-series. The R-series is more, better, faster than the G-series but follows a similar philosophy. Namely: make PC processors, but make them last longer.

If you’re already a fan of AMD’s PC processors, you already know most of the technical details of the R-series. These chips are not new designs, but existing designs that have been earmarked for long lifespans. (Longer than the half-life of a PC processor, anyway.)

The R-series chips are based on the Piledriver CPU core design, the same one used in AMD’s Opteron. Piledriver is the successor to Bulldozer, and it naturally comes before Steamroller and Excavator in the family lineage. Piledriver comes in dual- and quad-core configurations, with each core capable of two-way multithreading. Each CPU core also has its own L1 cache, and each pair of cores shares an L2 cache. Clock speeds are in the very respectable 2–3 GHz range.

The CPU is only part of the story, though. R-series chips are highly integrated, most notably with a graphics accelerator onboard. Ever since AMD acquired ATI a few years ago, the company has been pushing its “Fusion” concept of unified CPU and GPU. It’s a sound engineering concept, because the connection between a CPU and a GPU needs to be both fast and quick (which isn’t the same thing), and the best way to accomplish that is to put them side by side on the same die. AMD’s desktop and notebook processors have been made this way for a while; now it’s the embedded group’s turn.

The on-chip GPU is essentially an ATI Radeon 7000, which makes it a midrange PC graphics adapter but a fairly high-end embedded GPU. AMD claims the GPU alone has 384 processing engines in it, which is accurate but also irrelevant. Graphics accelerators are massively parallel by nature, and a lot of those 384 “engines” are pretty rudimentary. Nevertheless, they do crank out some pretty pictures.

Perhaps slickest of all is the GPU’s ability to drive four monitors simultaneously. Again, this is not an unusual feature for a PC plug-in card, but it’s remarkable for a single-chip processor. The four screens can be the same (four sides of a kiosk, for example) or completely different (four “glass cockpit” displays), or four quarters of a single large image (to make your own Jumbotron). And, of course, the whole thing is supported by Windows and DirectX, so if your embedded system requires some elaborate graphics, the R-series is a good way to go.

As feature-rich as the chips are, they’re not complete PCs. If that’s what you want, you’ll still need a “south bridge” to get PCI, SATA disk I/O, Ethernet, USB, audio in and out, timers, RTC, and all the other miscellaneous peripherals that make PC programming so charming. AMD naturally offers just such a chip.

The R-series processors are available in two packages: a pin-grid array and a ball-grid array. The PGA is nice for prototyping or if you like your processor in a socket. The BGA is better for mass production or if size and space are an issue.

What’s this all going to cost you? Hard to say, but figure low three figures in modest volumes. The slowest, dual-core R-272 starts at around $125, and prices obviously go up for the faster parts but go down as your purchasing volume increases. A talk with your friendly neighborhood AMD salesperson is in order.

Are these the same chips that go into PCs? Yes. Well, sort of. The R-series parts are indeed the very same silicon die that you’ll find inside notebooks and desktop PCs, but not exactly the same product. Some PC-only features have been disabled (some PCI Express functions, for example) and others enabled (such as legacy PCI support) to reduce pin count and protect PC profit margins. AMD doesn’t want PC developers using embedded chips or vice versa. But all of that is routine. Every chip maker plays shell games with its silicon. It helps reduce manufacturing costs while inflating the apparent product catalog. Think of it as a custom-tailored, bespoke microprocessor. And if AMD green is to your liking, the R-series may suit you perfectly.