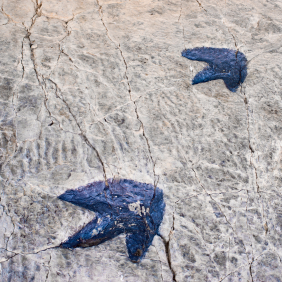 A Dinosaur is Leaving Footprints in Your Smartphone

The old playground joke was, “How do you know when an elephant is in your refrigerator?” Answer: “Footprints in the butter.” Now British company, eoSemi, is asking a more serious question: “How do you know that there is a dinosaur in your smartphone?” “Footprints in the PCB.” This isn’t Jurassic Park, so eoSemi’s dinosaur is the quartz crystal oscillator that is vital to the operation of the ever more complex smartphones and tablets.

Smartphone developers are trying all the time to squeeze more and more performance and functions into the restricted format of the handset. Moore’s Law, clever hardware design and ingenious software development are reducing the silicon size and improving its functions. But the beating heart of the phone, the crystal oscillator that provides the frequency references essential to several functions on the phone, is stubbornly resisting change. As a component in a smartphone, crystal oscillators present many issues. They are physically big, and as well as the package-grabbing large areas of PCB surface, they also need support chips and a quarantine area to avoid EMI issues. (eoSemi claims that board area can be 77mm2 once you add in the supporting capacitors.) The quarantine area also extends under the oscillator, constraining the routing in the lower layers of the PCB. (Typically there are 8 to 12 layers in a cell phone’s PCB). At the same time, they have to be placed close to the chip whose function they are supporting, as long tracks are not appropriate. The frequencies that crystal oscillators generate are susceptible to temperature changes and also to stresses that may be placed on the device package. They are expensive – around 30c or more each – and a handset may require several. And they are not the most robust technology.

Today, eoSemi is aiming to replace the quartz crystal with CMOS silicon. This is not the first time that this has been tried: virtually every semiconductor company has been chasing this holy grail for years, and there are several companies offering products, but they are not making huge penetration in the market. The MEMS industry is also looking to solve the problem – but so far it has not really cracked it.

The new technology, which the team is calling ATOC (Accurate Timing Oscillator Circuit), brings together clever circuitry and some equally clever software. While eoSemi is revealing some of the details of the hardware, it is less forthcoming over the software, which they call “the secret sauce.” The software uses the calibration information, created at test and stored in non-volatile memory, plus input from sensors, to cope with the effects of variations in temperature and the results of non-temperature-related stress.

The core of the hardware is an analogue oscillator – pretty much a standard RC based design. This feeds a fast clk generator (described as PLL “type”), providing the external signal. The clk generator also provides one of the inputs to an oscillator controller.  The other inputs come from a state machine, which, in turn, has as its input (following so far?) the stored calibration information, the readings of a stress and temperature sensor block, and a timing sequencer.

Naturally, eoSemi produced a sheaf of comparative information, sadly not yet on its web site (eoSemi.com). Looking at the technology against quartz crystal, the claim is that frequency variation across temperature is <10 ppm (compared to what they say is a standard 30,000 ppm), power is measured in µAs rather than mAs, tuning precision is 100x better, and temperature sensitivity is 0.025°K rather than 0.2°K.

Against MEMs, the big advantage is a single small die rather than a two-die solution (MEMs die plus CMOS). MEMS devices, it is argued, are good on frequency variation (<50ppm – close to the ATOC’s <10ppm) but are real power hogs, needing tens of mAs of power. The characteristics of those silicon products that are on the market vary according to the manufacturer, but none approaches either the frequency variation or the power consumption that eoSemi is claiming for ATOC, let alone providing both.

While oscillators have many applications, right across the hardware spectrum, eoSemi has decided to focus initially on the very large volumes and demanding requirements of providing the frequency reference for cell phones. This has meant that, while it is possible to build ATOC devices in a wide range of frequencies, the first devices will be 32 kHz.

The biggest problem facing any start-up that wants to enter the cell phone market is getting awareness by the phone manufacturers. eoSemi has built on past relationships to get in to talk to the companies, and while ATOC has been welcomed with open arms by the design teams, the purchasing guys are less than happy to place large orders (and they only ever place large orders) with a company with no track record.  The solution has been that phone companies are acting as marriage brokers with large semiconductor manufacturers, introducing eoSemi to their major suppliers with a very strong hint that they are happy to buy large quantities of ATOC devices. While eoSemi will make its own devices, using the imec aggregation service, they are entering partnerships with large semiconductor companies, who will be building the parts under license. These may be as standalone devices, effectively as direct replacements for oscillators on the PCB, or, it was hinted, they may be integrated within Systems in Package (SiPs).

The road map shows a number of possible routes. Clearly, as ATOC uses a standard CMOS process, it can be fully integrated into SoCs. But eoSemi is looking at other routes, including surrounding the core with other circuits, such as clock circuits, to produce new families of devices. In the immediate future, engineering samples are with key customers, and the company expects to be in commercial production of the 32 kHz device, packaged as a 1.5mm x1.5mm CSP, in Q3 2012.

It was fun to go to the press briefing where this was announced. It is becoming increasingly more rare to hear a start-up with something that sounds so good. But the really impressive thing, at least as far as I was concerned, is that, unlike so many start-ups with a technology that can address a wide range of applications, instead of trying to go for all markets at the same time, eoSemi has identified a clear target, the handset, and developed a pragmatic approach to addressing that market. Watch how things go – it could be a very exciting company.

(Incidentally – eoSemi is being is a bit unfair on dinosaurs. They were incredibly successful, lasting far longer on the planet than homo sapiens has so far, and they didn’t cause their own demise by fouling their own nests. And quartz crystal silicon oscillators have also been very successful in the nearly 100 years since they were first manufactured.  Perhaps eoSemi, in meaning to belittle both the dinosaur and the oscillator, is actually praising them both?)

3 thoughts on “A Dinosaur is Leaving Footprints in Your Smartphone”