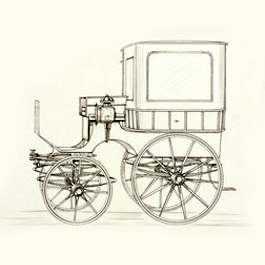 Move Over, R2-D2 Is Driving

What a long strange trip it’s going to be.

The State of Nevada has just given official approval for autonomous self-driving cars. As if visiting Nevada wasn’t enough of a gamble, now you’ve got to dodge robot-controlled vehicles on public roads.

It’s not all Jetsons and jetpacks just yet, though. Nevada’s Department of Motor Vehicles has approved only the public testing of cars, so you and I can’t buy robo-cop cars and go badassing around the desert just yet. The first car to get approval is a modified VW Passat with its insides hacked out and its control systems hacked back in by Continental Automotive Group, a German company that most of us associate with tire manufacturing.

As you might expect, these cars have a lot of radar range-finders, hidden video cameras, and image-recognition hardware to keep from flying off the road. So far, they also have real steering wheels. You know… just in case.

Nevada cars undergoing beta testing on the road will have special red license plates, presumably to warn off other (human) drivers. If and when the cars receive approval to operate without an onboard driver/passenger/victim, they’ll get special green license plates.

Eerily, the Nevada law allows for remotely piloted vehicles, too. Specifically, it states that a person can operate the vehicle “without being physically present.” Which seems to defeat the whole purpose. If you’re driving the car from your sofa, what’s the point? You get all the distractions of driving without actually getting anywhere. I suppose Mom could ferry the kids to and from school without the annoyance of actually being in the car with them, but apart from that I don’t see the attraction.

Maybe you could have remotely operated taxis. Ranks of taxi drivers could occupy a nondescript cubicle farm in some far-off land, shuttling passengers around remote cities they’d never seen. No particular knowledge of the area would be required; joystick jitney jockeys could even swap cities (or countries) from time to time if they get bored with the route.

It seems like remotely operated taxi fleets would present a real bandwidth headache, though. What happens if your wireless control-loop connection breaks? Particularly in urban jungles, amongst skyscrapers where cellular and Wi-Fi connections are already bad, this might present a real problem. It’d be a bummer if your yellow cab stopped dead in the middle of Manhattan because it couldn’t get a signal. “Can you rescue me now?”

Back in Nevada, the new law specifically allows both cellphone use and texting while “driving,” although it prohibits drinking while driving. Evidently distractions are okay but incapacitation is not. On the plus side, you could phone in your order to the liquor store while simultaneously sending the car to go pick it up. No word yet on how stores will “card” the unattended vehicles showing up in front of BevMo.

One potentially odd side effect of self-driving cars is parking. There’s no need to park your car (or at least, no need to park it nearby) if you’re not driving it. Just have the robo-vehicle drop you off at the mall and then circle the block or go stuff itself into a short-term lot several streets away. Parking spaces for autonomous vehicles could be made even smaller than normal (if that’s possible) if you know nobody’s going to be opening the doors or getting out of the car.

What will auto-automobiles do to car styling? Early horseless carriages looked like, well, carriages without horses. It took awhile before stylists began to settle on the three-box shape we see today. But will drone vehicles lead to oddly shaped, windowless wheeled projectiles? And what about headlights; do remotely piloted cars need them? Or windshield wipers? Or even windshields?

For the time being, the Nevada law requires two people (aka “passengers”) in the car at all times, one of whom must be able to take control of the car. That means the robo-cars still have steering wheels and pedals, and the erstwhile driver has to sit in the traditional driver’s seat. I’m not at all sure why a second person is required. As a riding mechanic, perhaps, for real-time debugging.

So let’s say you’re hurtling down Interstate 15 on your way to Las Vegas when you spot a VW Passat in the fast lane with red Nevada plates. Do you: (a) catch up to look at it; (b) slow down to keep away from it; (c) pull off the road and hyperventilate, or (d) start to think that the Amish and Mennonites might be on to something after all?

Conversely, how do you behave in your own self-driving vehicle? Theoretically, you could relax in the passenger seat (oh, wait… they’re all passenger seats) and read, watch TV, do your nails, or check e-mail. (Oh, wait… people do that already.)

But I’m not sure anybody would relax. Not at first, anyway. I’m betting that for the first two or three years that autonomous vehicles go on sale we’re going to see bozos sitting in the back seat, sipping champagne and waving their arms at passing motorists. “See? No hands! Terrified yet?” That kind of early-adopter behavior is going to get old fast.

How long before you learn to trust your car and actually unwind while it drives you to the grocery store or takes you and the kiddies across five states to the Grand Canyon? I suspect it will take a long time, like when parents first ride with their teenage drivers, right leg cramped up from pushing an imaginary brake pedal. We’ll be able to identify owners of self-driving cars by their pale complexion, wobbly legs, and vacant thousand-yard stare. But at least they’ll leave us the good parking spaces.