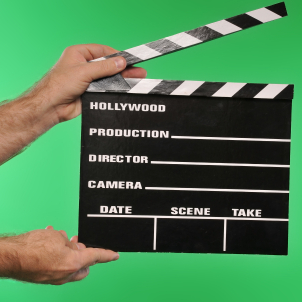 The End of Seeing Is Believing

IC patterning is becoming harder and harder to visualize. And I mean that quite literally. When you glaze pottery, you apply some chemical that likely looks nothing like the final outcome, trusting that, in the heat of the kiln, the necessary alchemy will render the proper final color. Even though you couldn’t see that ahead of time. Likewise, with some upcoming silicon technologies, you will no longer be able to visualize IC patterning by looking at masks.

Mask design used to be literal. You took this material called rubylith and cut out the geometries needed to implement your circuit. You took a picture of that and shrank it down into a mask. No, I’m not old enough to remember this. Barely.

At the time I got onto the scene, much of this had been computerized. Geometries were created at computer terminals, and then they were printed onto large Mylar sheets that were placed over light tables where we would painstakingly trace out metal lines and power and ground to make sure they were connected right, along with any number of other checks. All manual, all done with pens or markers tracing on the Mylar, all over the course of a few days.

But through it all, if you found a way to elevate yourself 20 feet above the light table, what you would see would look like what the mask would look like, which would look like the patterns of oxide and metal and other materials that would be grown or deposited on the wafer and etched in exact replication of the mask patterns.

This mask-looks-like-silicon simplicity started to waver a bit as we endeavored to trick light into exposing patterns smaller than the wavelength should allow. Last-minute steps like optical proximity correction (OPC) and reticle enhancement technology (RET) make subtle modifications to the original patterns in order to counteract various interference and diffraction effects that hurt resolution.

So instead of a straight bar, for example, you might find squared-off dog bones added to the end, along with various widenings and narrowings along the way, determined by other elements in the proximity of the bar that will mess up the way the bar prints. In the end, the mask still resembles the original pattern, but it is no longer a true replica.

But, depending on which lithographic technologies take us forward, we are likely to diverge sharply from masks as high-fidelity replicas of the shapes drawn on a layout engineer’s screen. In fact, most proposed new technologies will go down this path.

Fracturing is the effect of taking what would be a single-exposure pattern and breaking it up. The classic case of this is double-patterning – or triple- (or more-) patterning (the latter being presented at SPIE Litho when this all occurred to me). There’s an entire art and science behind the concept of “coloring” that determines how a given layer will be fractured into multiple layers such that the sum of all the exposures will add up to the desired pattern.

This isn’t too radical a departure; you can imagine overlaying the two or three masks and seeing what the end result should be. But there are different ways to fracture the pattern, and so any one of the masks might come out looking a lot of different ways, and it would be impossible to imagine the result from just the one.

Done that simply, you’ll have one mask that is simply a bunch of lines and then another… well… virtual mask for the cuts. But, of course, since e-beam technology doesn’t use masks, you can’t even stack things to see the result.

“Green screen” technologies takes this further yet. Just to calibrate the label I’ve chosen, a green screen is an old and common filming technique used when creating a video purporting to place a person in some location. Instead of actually going to that place, the person is filmed doing whatever they do in a studio in front of a green screen. The “on location” background video can then be digitally inserted “behind” the actor (filling in the green portions) to complete the scene. The point is that the normal filming only creates part of the image – the rest of it comes from someplace completely different. (This can also be done with a blue screen, but the concept of a blue screen has forever been tarnished in technology circles as someone to be avoided at all costs…)

In our case, this applies to technologies like directed self-assembly (DSA) and carbon nanotubes (CNTs). The reason that this is fundamentally different is that, while lithography is still used to pattern lines, a completely unrelated mechanism is used to create the lines. There is no direct lithography involved at all.

DSA does involve some lithography as the lines needed to guide the block copolymer phase separation are imprinted. But, due to frequency multiplication, the lines that actually result are narrower and more frequent than the lines that are printed. Those guiding lines may or may not participate in any specific lithographic feature. In fact, in the case where boundary walls are used, they specifically can’t be. They literally become guidelines in the same sense that artists use guidelines to enable the rendering of some image, after which the guidelines will be erased. (Except that ours aren’t erased.)

CNTs take this yet another step further. Exactly how this will work – if it works – in production is still up in the air, but one proposed mechanism is to grow the CNTs elsewhere and then transfer them onto a silicon wafer for further patterning and processing.

For both DSA and CNTs, once the lines are in place, patterning is then used to introduce cuts that will separate the lines into segments for their incorporation into the different devices on the chip. CEBL could also be involved here in making the cuts.

So the green-screen effect here relates to the fact that an entire critical part of the patterning process – the laying down of lines – is completely removed from the lithographic process. Some other mechanism – polymers self-assembling into lines, or CNTs transferred onto silicon – is used to create the lines, and the only masks needed (virtual or literal) are for the cuts. No combination of masks can reconstruct the ultimate shapes because some of those shapes have dropped completely out of the realm of masks.

I’m honestly not sure whether this matters much. After all, relativity and quantum mechanics forever took away from us the ability to let our natural senses guide us towards the laws of physics. Seeing is no longer believing (in fact, thanks to Heisenberg, we can be sure that seeing requires not totally believing what we think we see). A little bit of that natural, childlike wonder in the world brought to us by our simple senses gets lost to bizarre mathematics comprehensible to only a few (and, worse yet, the notion that “if you think you understand it, then you don’t”).

Likewise in the chip business. There once was a time when you could bring your kid to work, show them the light table or the half-cut rubylith, explain what you’re doing, and then show a microphotograph of an actual chip and watch their eyes light up.

That’s going away. More and more, we have to rely on the arcane mathematics required to fool light yielding an unruly assemblage of steps that, magically, results in the patterns we were hoping for.

It becomes the simple matter of faith that, even though you’re covering your bisqueware in a white-looking glaze, it will truly come out green after it cools from the fires. Don’t ask why; it just does.

3 thoughts on “The End of Seeing Is Believing”