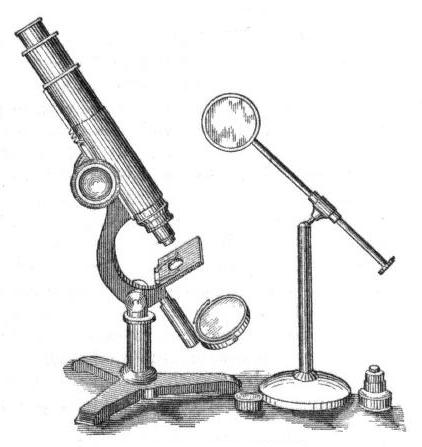 Last week saw the hale and hearty crew from Electronic Engineering Journal all in one place at Design West (née Embedded Systems Conference) in San Jose. You could have fragged the whole staff with one grenade. For security, we split up and covered various topics and vendors from disparate corners of the show floor. Some of this you’ll see on our video features, but as a public service, the less-attractive members have restricted themselves to print.

The theme of this year’s conference was: small. Miniaturization, streamlining, shrinkification – call it what you will, we saw it in all its many forms. The chips were smaller, the software had smaller memory footprints, and the show itself was smaller. Even the cookies handed out at lunch were 0.147 ounces smaller than last year’s.

Microchip Technologies – a company whose very name means tiny – is big into small. Its popular PIC microcontrollers keep getting smaller, including devices in 4mm square flat packs that are only 1 mm thick. Accidental inhalation is a real danger.

Even as the packages get smaller, the feature list gets larger. Microchip’s latest PIC16F178x parts are particularly well endowed with analog and motor-control circuitry, so much so that op amps and comparators may become obsolete. The new chips are aimed at motor- and motion-control designers but also, oddly, at lighting applications. You see, motion control and lighting now have a lot of similarities. Both rely on pulse-width modulation and feedback as ways to control current. Modern LED and fluorescent lighting now use fast switching of inductive loads to keep the lights on while minimizing power consumption and managing brightness. Edison’s tungsten filament this ain’t.

The spiffy part is, the PIC ’178x chips have so much op amp, ADC, DAC, and comparator goodness inside that practically no magnetics are required outside. Maybe a MOSFET driver for your motor and/or light, and a temperature sensor if you’re worried about the thing smoking, but that’s about it. And because the chip is wired with user-configurable internal feedback paths, you get to decide what signals are routed where without actually connecting any wires or using any external pins. The MCU’s pins are reserved for actual I/O, not just as an analog patch board.

Finally, and most significantly, all this analog feedback handling is done without any intervention from the PIC processor itself. Once you set up the analog portion of the chip, you can safely ignore it forever. There’s no code overhead, no polling loops, no software filtering required. Set it and forget it, and leave the PIC to do real software work. All for $1.47 in volume. Sweet.

Microchip’s popularity has attracted a lot of software developers, so programmers have plenty of options to choose from, including the company’s own tools. On that front, Microchip has again gone small. From its bewildering array of dozens of different compilers and development tools, the company has reduced the choices to: three.

There is now one C compiler for Microchip’s 8-bit devices, one for its 16-bit chips, and one for the 32-bit family. It you need things to be even simpler than that (perhaps you’re in marketing?) there’s the all-in-one MPLAB Suite that covers everything Microchip makes.

Oh, and the pricing is simpler, too. Compiler prices start at free and grow to $495 or the dizzying price of $995. All three versions are essentially the same, but the paid ones have more optimization switches for code size and performance. Even the free version is completely usable; there’s no program-size limitation or time bomb or anything like that. You just get somewhat more relaxed tech support.

Hint: Here’s a way to scam the company out of $995. Get yourself the free version of the compiler, develop your code, and then – just before you ship your product – sign up for a 60-day free trial of the full-featured version. Use that to recompile your code with all the performance and code-size optimizations turned on, cancel your trial, and owe nothing. Hah! I bet they never saw that coming. Stick it to The Man, brother.

Across the show floor at Design West was Express Logic, the San Diego firm that has been producing and refining the ThreadX RTOS for exactly 15 years. So popular is ThreadX that the company says it shipped its 1,250,000,000th copy this year. I bet they’re regretting their royalty-free business model right about now.

About half of those 1.25 billion installations are in wireless products from Broadcom, Marvell, Intel, and others. Another third of a billion are in inkjet printers, including popular models from HP. And ThreadX powers exactly two NASA spacecraft.

Ubiquity is never enough, though, so ThreadX now comes in a “Lite” form. Through a special joint arrangement, IAR (the Swedish development-tool company with the bright yellow logo) is offering a special version called ThreadX-Lite specifically for IAR customers. ThreadX-Lite is seriously “lite:” it requires only 2KB of ROM and less than 1KB of RAM. It’ll run on most ARM Cortex-M processors, of which there are many. Like the grown-up version of ThreadX, there are no royalties. A single payment of $4500 gets you everything you need, including source code, so go make those inkjet printers and space probes.

Speaking of ARM-based microcontrollers (and who isn’t?), STMicroelectronics’ STM32 F217 chip is showing itself to be an ideal platform for fast and cheap Ethernet. Running Express Logic’s NetX TCP/IP stack, the chip achieved 95% of wire speed (i.e., near perfect throughout) while consuming only 21%–33% of the CPU’s time. And if you want IPSec on top of that, the ’F217 has most of the SHA-1 and MD5 encryption hardware built in; the NetX software does the rest.

So much miniaturized technology compacted into one place. And we haven’t even talked about the microprocessor-controlled razor.

2 thoughts on “Let’s Get Small”