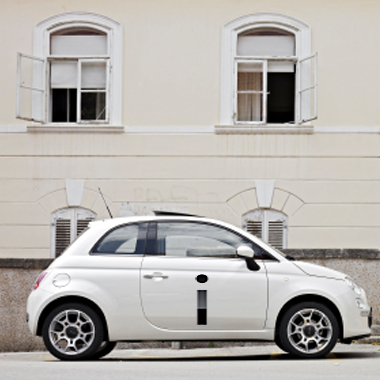 An App With Your Map?

Motoring Down the Highway May Change Forever
by Bryon Moyer

For years, as technology has burgeoned, it has looked to traditional use models as a reference point. The idea is to keep things the way people are used to doing them, only improving them with technology. But with new gadgets and devices that provide entirely new ways of going about their business, the tables are turning.

In fact, none other than the auto industry – about as stolid and traditional as you can get – is taking its lead from new, innovative technology models. It promises to revolutionize how people buy and equip their cars, with each person driving a vehicle that is unmistakably them.

It started with a simple, everyday observation by warranty manager Les Worquepleese. His phone contract was up, and he kept hearing how cool Android was and how old-school his current Blackberry was. Watching the sales figures and, in particular, the depressing stock performance of RIM, Blackberry’s maker, he decided that it was time to move up and leave the staid old scroll ball behind.

When he got the new phone, he expected to do what he had done with his original Blackberry: enter his accounts and be up and running, synchronizing his Outlook to his phone. In fact, he found, to his chagrin, that the only way to do this was to deliver all of his contact and calendar information to Google over the internet, and they would send it back to his phone over the airwaves.

This didn’t make sense to him: first of all, he had a lot of confidential business clients in there, and, even though it seemed unlikely that an actual person would be looking at this stuff, it just felt weird. And it seemed silly: why ship the data across the country – twice – clogging already busy internet wires and cellular base stations with data that he needed to move only three feet? And, if his data plan ever got capped, it might cost him money too.

So he figured there had to be another way to do it. And, after some research, he found that there was: download a third-party app to his phone and buy another program for his PC. Then his data would go from Outlook to the extra program and then over the cable to the app and then onto Android. And back.

He found this to be a hassle, even though it solved his problem. He had to get four components to talk to each other, which didn’t always work, and updates were never synchronized between the different pieces, so the app might get updated, only to be followed by an update to Android that screwed things up, which then meant another update to the app was necessary.

But – and this was his “aha” moment – when he talked to others, no one seemed to care. Either they were fine shipping their information around the country through Google’s servers, or the pratfalls of direct syncing didn’t bother them. Google had put out a phone that had far less built in than the Blackberry, and, despite some inconvenience, everyone was OK with that.

Which meant that Google could focus only on making sure they could extract as much data as possible from the activity on the phone, while leaving the useful stuff to app builders to make. What a great model for Google: it got what it wanted, and the users got what they wanted from someone else. Win win. And – thinking as a warranty guy – if something went wrong, you could always blame the app.

And he realized that this could be applied to the automobile industry just as well. In a sign of Detroit’s new openness, he was able to take his idea all the way to management; they listened and liked what they heard, and they are now acting on that. I can’t divulge the specific company – they asked that I keep that quiet. But they’ll be making it official before long.

What will change will be that, when you go to buy a car, you will buy a chassis with an engine. Everything else will be provided by third party car apps (“c’rapps,” as Les jokingly calls them). You want a steering wheel? No problem, just go to the app store and pick one. Radio? Got those too. Heater? You bet; take your pick.

“This is so exciting for consumers,” exclaims Les. “Instead of being stuck with the steering wheel that some “elite” designer thought of, you can personalize it with the one you want. Imagine the innovation: you might have as many as 50,000 steering wheels to choose from, many of them made by small mom-n-pop shops that can now participate in a market that used to be locked out to all but the well-connected.”

Technologies that used to be reserved for specialists will now be democratized, since drivers can select, for example, a transmission made by a tobacco farmer in the South who’s doing this on the side to help supplement the income from waning tobacco sales. Or perhaps a rear differential made using sustainable, traditional practices by indigenous peoples in the mountains of Uruguay.

The car will just scream, “This is me! I built this all myself!” I asked how quality would be assured, or interoperability, for that matter – it would be problematic if your transmission and differential arrived and it turned out they didn’t fit together with the same driveshaft. He said that there would be a way for people to review the products ahead of time so that they could make an informed decision. In addition, it might sprout yet another innovative app to interface between transmissions and differentials.

And what if something goes wrong? And here’s where his eyes light up: because the original car does almost nothing by itself, pretty much anything that goes wrong will likely be an app problem. Since very little is under warranty, there will be little warranty work. “Realistically, when most things go wrong, you’ll just be able to pull over to the side and force everything to stop. Restart, and you’re good to go.”

And they’re taking yet another page out of the innovative phone model. “We’ve put little moisture detection strip in various places under and in the car. If the car ever gets wet, then those strips turn red, and the warranty is void. No longer our problem.” Asked whether this would be a problem driving in humid parts of the country, he just shrugs and repeats, “Not our problem.”

Both he and his company are clearly pleased with this turn of events. They have much less work to do, they’re liable for hardly anything going wrong, and, meanwhile, customers get to reap the benefits of choosing from approximately 34,938,931,136,887 possible combinations of accoutrements, each with a review so that they can purchase with confidence.

It’s even rumored… that one hallowed technology company might even brand a car itself. There is no official word out yet, but devotees are already camping in line outside the stores.

One thought on “An App With Your Map?”