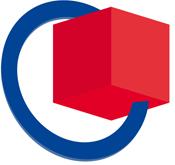 While the rest of the world, with some minor exceptions, is seeing decline in trade shows/exhibitions etc, embedded world, in Nürnberg, Germany, continues to grow and grow. At the opening day, the organisers were cautiously predicting that they would exceed 20,000 visitors: in the post- show press release, they were triumphantly proclaiming 17% visitor growth, to 22,262, and 872 exhibitors, 9% growth. And this doesn’t include the 1,000 final-year engineering degree students on student day that the organisers bussed in from all over Germany.

The downside of all of this is that the halls are very big and very crowded: getting from one end to the other can take a good part of an hour, rather than a few minutes. And while there are people just strolling the aisles, much of the time they are also on their way to meetings: many of the exhibitors have filled their diaries with meetings with prospects, existing customers and business partners, as well as the press, weeks in advance.

While some companies seem to have press conferences just to boast about themselves, others, through press conferences or smaller briefings, had good solid and interesting stories to tell. And many of these were microcontroller stories, but strangely, among the 32-bit announcements, both an 8-bit and a 16-bit product were announced.

Zilog, which has had a distinctly rocky few years and is now part of Swiss/California IXYS, struck a decidedly retro note. Nearly 40 years ago, it was founded to provide a rival to, or an improved version of, the Intel 8080. At embedded world, it launched an 8051 product, called the Z8051. Intel launched the original 8051 architecture in 1980, so we are now only 30 years behind. This is a little unkind – the 8051 architecture is still very widely used with a huge quantity of software and tools available. And Zilog is targeting power management, a significant part of IXYS’ target market.

The 16-bit announcement was from TI. The Wolverine is positioned as extremely low power, an extension to the MSP430 low-power, mixed-signal RISC 16-bit devices. The ultra-low power that TI is pushing, with active power as low as 100 μA/MHz and a miniscule 360nA in the lowest standby mode, comes in part from tweaking the MSP430 architecture and in part from the using Ferroelectric Random Access Memory (FRAM) for non-volatile memory. FRAM is one of those technologies that has been around for a long time but never made a real breakthrough. While TI is insistent that Wolverine is a real product, it feels like a concept car at a major motor show, rather than a mainstream product.

Almost my favourite announcement in some ways was the Renesas RH850/X1 family. Billed as a “New-Generation RH850/X1 Microcontroller for Automotive Applications” and “Industry’s First MCU with Embedded 40nm Flash Technology Delivers Low Power Consumption and High Performance”, the RH850 is not going to be shipping until well into 2014. Engineering samples are not expected until late this year. But it would be wrong to write this off as a “data-sheet announcement”. It has a lot of significance for a company that was formed less than two years ago, when NEC Semiconductor was rolled into the company formed from Hitachi and Mitsubishi’s semiconductor arms. A hundred days after the merger, it was announced that the new organisation would be developing a new MCU, and then a year ago, Renesas was badly affected both by the Japanese earthquake and the loss of electric power that followed from the combined effects of the earthquake and the Fukushima disaster. The company needs the RH850 to succeed so that it can be seen as a new, integrated company, while it retains the crown of the world’s largest supplier of microcontrollers. And one can argue that the automotive market has a long development cycle, so that the lower elements in the supply chain need to be aware of new products well in advance. The family is going to have a new, proprietary 32-bit core and will be available in single and multiple core options, with a range of speeds and memory options.

Silicon Labs, for many years the standard bearer for 8-bit architectures, has rolled out a 32-bit product, the Precision32 MCU.  But in keeping with the overall trend, this is not a proprietary core: instead it uses the ARM Cortex-M3. Silicon Labs is aiming to carve a niche by building on its mixed-signal heritage: it will offer a wide range of on-chip analog peripherals, a crossbar architecture, and a GUI-based AppBuilder. The AppBuilder allows the developer to choose specific peripherals and interfaces and to configure them for their application. It then generates code for Keil, IAR, or GNU. An interesting claim is that by integrating many of these options on-chip, it will remove the need for analog components on the board. Of course, Silicon Labs is also pushing down power. Less obviously, it is creating its own, free, Eclipse-based family of development tools. Like a number of recent announcements, the Precision32 is aimed at applications that would previously have been the domain of 8-bit devices.

The ARM Cortex-M0 was also making its presence felt. STMicroelectronics announced the STM32 F0 microcontroller family, which is built around the ultra low-power Cortex-M0, again aiming squarely at applications that were previously the domain of 8-bit and 16-bit MCUs. And NXP announced the LPC1100XL, which also uses the Cortex-M0 technology to attack ultra-low power applications.

(Inserted at the last minute.) While I was writing this, the goal-posts for ultra-low power were decisively moved. ARM announced the Cortex-M0+, a smaller version of the Cortex-M0 that has been optimised in a number of cunning ways for even lower power and is positioned even more firmly as the route away from 8-bit and 16-bit limitations. Joining in the ARM announcement was Freescale, who are extending their Cortex-based Kinetis range downwards with the Kinetis L series. Don’t expect to see any more significant 8-bit announcements from Freescale. Both ARM and Kinetis will be demonstrating Cortex-M0+ at ESC San Jose in two weeks time. (Or whatever it will be called by then.)

Oops – just squeaked in – NXP has announced that it is also licensing the Cortex-M0+, and that it will help NXP continue to unseat 8-bit devices.)

Of course, embedded world wasn’t just about microcontrollers; it was a vast array of tools and development environments, although, in my annual catch-up with IAR, ARM Cortex was again to the fore.  IAR has identified over 2,000 MCUs that it supports, and the ARM portion of its business is now well over 50%, much of it Cortex-based. The overall business is also growing, reflecting a healthy embedded market generally.

Of course, Keil, the other major development tool vendor, is now part of ARM, but it, too, as far as one can extrapolate Mr Keil’s careful comments, is seeing a very healthy market.

It is not just in the controllers that ARM is making a massive impact. The board business, developing processor based boards, or computers on modules, or embedded single board computer systems, or whatever, has traditionally been dominated by Intel. It is now seeing rapid growth of Cortex-based boards: both Kontron and Congatec were talking about new boards with ARM-based controllers. As always. both companies made a raft of new board announcements of different sizes and shapes.

The board industry already has standardisation groups, but there is yet another one growing: the Standardization Group for Embedded Technologies (SGET) is aiming at building a group that will develop embedded computer standards faster and more responsively than the existing channels.

One of the traditional problems in the development of embedded systems is that, while the hardware guys are given expensive tools to play with, the software people are expected to somehow muddle through. Conversations with tools vendors offering a range of different ways of helping develop better quality software suggests that this is changing, as management, often originally from the hardware side, begins to see that the software that provides the differentiation between products is overtaking hardware as the most expensive and time-consuming, and potentially the most risky, part of a project.

There were not many extraneous things at the exhibition: very few entertainers with little or no relevance to the products on display, and while Mouser had a racing car with two scantily clad attendants, and I never understood why there were women distributing apples at every entrance, the overall event was very focused and hardworking. Those people I spoke to who were prepared to be drawn on the topic were positive about sales in the second half of last year and the prospects for the first half of this year.  The embedded world looks good at the moment.