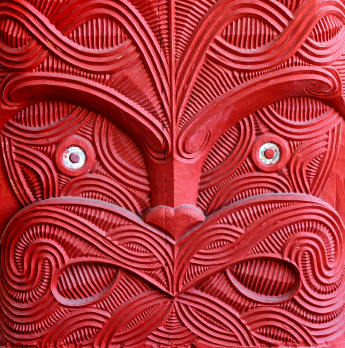 Someone to Take the Lead

We live in an environment that celebrates innovation and new products. The idea-makes-millionaire story can prove itself out (although more in the breach, quietly, than the noisy observance), and that – as well as the sheer thrill of seeing a vision through to fruition, with money as gravy – powers the numerous technology teams around the world.

But if you’re doing something new, a lot of stars need to align in order for you to achieve success.

None of these items should come as a surprise. The trick is that you have to hit all of these, and it’s amazing how many attempts there are to get away without one or two. (Or more.)

This train of thought was brought to mind as I sat enviously watching a MEDS presentation (collocated with the recent RTECC conference) that discussed the factors necessary for delivering medical applications on mobile platforms. The gentleman presenting used to work for Intel where they had been doing healthcare research.

Now, for many of us, “marketing research” means lots of googling, purchasing analyst reports, and “talking to customers” (or “prospects”). None of which is bad. But these guys weren’t just sending their marketing drones out to do this. They had a team of ethnographers. You might not even have heard of that as a career.

This team went around the country to healthcare facilities of various kinds and studied the “customers” in the way that others go study remote foraging communities in the heart of Amazonia. Now, it might not take a team of specialists to figure out that a 70-year-old Parkinson’s sufferer who has used only a black tethered phone that can be dropped from three stories without breaking may not be satisfied turning on a funny little box, trying desperately to stab the right spot on the screen in order to sort through 30,000 possible aps, reading the 2-point type to decide which of the 10,000 five-star-rated aps require the fewest force-stops. But, managed properly, such a team can assemble a wealth of information for use in teasing out the essential elements of the problems they’re solving and in crafting a finely-tuned product.

There are also rumors that Microsoft employs huge teams of people to study how average Joes and Jills use computers and tools in order to drive their next developments. Although, given that each successive release of Office seems to require more clicks to do the same things, I’ve started to suspect that those tales are apocryphal.

Nonetheless, watching big-budgeted teams “do it right” (or at least attempt to do so) brings out the green-eyed monster in me, since I’ve come from the “we can’t afford that study, and do you really need to take that trip? and hell no, we’re not going to waste time and energy on user testing; just get it right” school of marketing.

Which describes life for a lot of the rest of us. Either those in small start-ups, or even those in larger companies run by people who don’t understand marketing (and who may not know that there’s a difference between marketing and sales). We can’t always afford to do “real” research, and yet we still have to get it right.

Part of the cost of research is in multi-thousand-dollar research papers (which may or may not end up answering your questions anyway) and travel. It can also be in salaries, since early-stage companies often think only in terms of outbound marketing, meaning they can defer hiring until launch looms.

It can also be expensive in time, and, in fact, it doesn’t work well with today’s funding models. Venture capitalists (at least the ones with big pots) typically don’t fund new ideas anymore; they fund the acceleration of new products that have already been designed and have one or more customers. Which means angel funding or self-funding at the critical early stage when you’re deciding what to do and how to do it. Which means you have even less money to “do it right.”

And yet, if you don’t hit on all the items in the list above, you can end up in a significant bind. The less distressing possible bad outcome is that you spend a lot of time and energy on the wrong path. This is the “construct by correction” approach where you deliver a product and then use voluminous customer objections as your after-the-fact marketing data. If you have enough cash and investor patience, you get to go back and fix things and live to tell your grandkids about it.

Worse yet is the situation where, after banging your head repeatedly on closed doors, you come to the horrific realization that your target customers aren’t feeling any pain. You’re curing a disease that no one has. You’re offering a solution in search of a problem.

It usually takes a long time to come to this conclusion for two very human reasons. The first, and most obvious, is that it’s really really hard to dedicate a few years of your life to realizing a dream that only you have. If no one shares your vision, if no one eagerly awaits the fruits of your passion, if you deliver your magnum opus and no one applauds afterwards, well, you’re going to work through a long list of possible explanations before deciding that your idea might be at fault. Perhaps the microphones weren’t working. Perhaps the acoustics in the auditorium were bad. Perhaps it was cold out and everyone came into the room with dulled eardrums. Maybe the audience is just a bunch of idiots who don’t deserve your brilliance.

Or… maybe… it wasn’t such a great thing after all.

The second problem is the fact that, despite B-school attempts to render business into a cold, passionless, mechanical science, it involves humans. And businesses, in particular, employ them. And these become people we know, and we might even know the families that receive food as a result of the paychecks originating out of our business.

So failure isn’t just an intellectual loss; it means loss of income for a number of people, ideally, people that we like. In good times, that’s not such a big deal because there’s always something else nearby. That’s not so much the case these days in areas still suffering from the recession or, worse yet, where jobs have moved permanently elsewhere. And so we may look really hard for reasons to believe that things will improve if we just tweak the product or the messaging a bit, or perhaps fire one rep and hire another, or any of a hundred other dilatory tactics before only the inevitable remains by process of elimination.

In order to avoid all of this, it seems to me that there are three key things needed for a small enterprise to navigate to real-world success.

There’s only one way to hit all three of those with some level of confidence that you’ll get through the process smoothly: identify a star lead customer early, perhaps even before you start your work. This may sound obvious, but it can be really hard to do, especially for unusual ideas. And no one wants to give up on a project just because they can’t find a lead customer; you slog on anyway, knowing that, any day now, you’ll get traction with someone.

EDA actually does pretty well at this, but that’s partly because EDA is dominated by Big Companies with extensive key customer contacts and partly because it’s an incredibly incestuous industry, with startups staffed by people originally from the Big Guys. Cadence’s recent announcement about their work with Samsung to sort out issues at 28-nm and below is a good example: rather than developing solutions to the problems that are understood theoretically, they worked through actual fab lots, identified the main issues, and focused on those.* Many EDA announcements are accompanied by comments from lead customers that proved the solutions out prior to release – sometimes taking a year or more to do so.

The benefits of doing this run the gamut:

Ideally, you work with one or two companies early on and then add a few more in the later stages just to make sure that you are indeed offering something that has broad appeal.

As attractive as it might seem to take an “I’ll show them!” approach and slog it on your own when you can’t get early traction, it’s a legitimate red flag. It means either that you’re not solving a real problem or that your solution isn’t attractive or that you aren’t communicating it in a way that catches their attention. And those are all critical, so it makes sense to stop and get them right rather than just charging ahead and hoping for a better day.

If, after your best efforts, you still can’t attract a lead customer, then you probably need to make some tough decisions. Because you’ll probably be making them later if you don’t make them right away.

*We’ll have more on the Cadence/Samsung collaboration another day.

One thought on “Someone to Take the Lead”