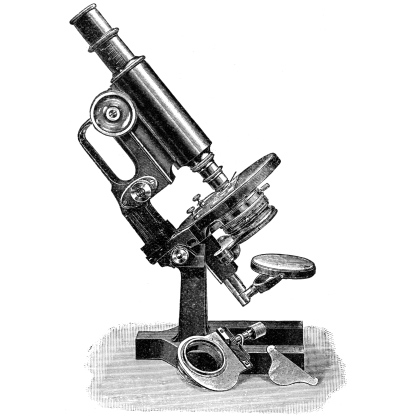 KLA-Tencor Announces Upgrades All Around
by Bryon Moyer

Nothing can ruin a die like a hunk of debris landing someplace inopportune.

Of course, it all depends on what constitutes “debris.” Not from a material standpoint – a chunk of anything that you didn’t put there on purpose is likely to be a problem – but rather from the point of view of size. Looked at in a Zen way, if a mote lands someplace in the middle of something bigger than itself without disturbing anything, does a production manager make any noise?

So yes, there is the occasional get-out-of-jail-free card, but that occurs less and less often, simply because even an absurdly small defect is likely to be on the order of the size of a chip feature. Heck, at this rate, we’ll soon have to worry about quantum fluctuations creating evanescent debris just at the wrong time, disappearing without a trace after messing up the exposure. The ultimate photo-bomb.

So it gets more and more likely that anything out of place will cause a problem. And if there’s going to be a problem, you’d like to know it as soon as possible. Both so that you can fix any production equipment issues before any other wafers get messed up and so that, if the current wafer is ruined, you don’t go pouring more processing into it – that’s simply good money after bad.

Which is why you do line inspections as you’re processing the wafers. But here’s the problem: the very dimensions that make it such a challenge to expose critical miniscule features make it hard to detect equally miniscule miscreants. The optics are a challenge, to say the least, and how things look depends also on what frequency of light they’re being illuminated with. And those effects will differ according to what the surface material of the wafer is. And, during processing, because you might inspect after exposure or after developing or after etch, that material could be resist or silicon or oxide or metal or, well, any of the other materials that go into the stack – even temporarily, while building it.

And, to add to the mix, the interlopers (referred to as “defects” in polite company) could also be made of numerous different materials. Bits of plastic or metal or glass or grease from wear, for instance, might thwart attempts to purge any residual “dust” from processing chambers because they may come from within the chamber. So you can’t count on any cooperation from the defect either.

And it’s not just a matter of whether or not you can “see” the problem. Automated inspection tools scan across a wafer with a window that’s smaller than a die, and they try to find things that look amiss. So they see all these features that are supposed to be there, and they have to notice the things that aren’t supposed to be there. And even things that are ok aren’t all that clean – line-edge roughness, for instance, might be hard to discriminate from a chunk of something on the line.

If you’re looking for defects, then the defects constitute “signal,” and all the legit circuitry creates noise. The challenge is to maintain a high signal-to-noise ratio so that the defects jump out at you.

Obviously, regular patterns, like you might find in a memory or FPGA or even a row of I/Os, will make irregularities jump out. Which makes it harder to inspect SoCs, where more of the die is dedicated to supporting the “regular” sections with what would appear to be “random” logic. These portions of the die are referred to as “transition areas,” and they pose a greater challenge when determining what is a defect and what isn’t.

And if we’re talking ridiculously small dimensions, then all of the inspection equipment has to be able to operate at those dimensions. All of these issues have pushed KLA-Tencor to announce upgrades to their family of inspection systems.

The first tool they are upgrading is their 2900 broadband series. This can either use the full spectrum of light or place one of a discrete set of color filters in the illumination path to select a narrower band of light. As compared to earlier versions, they’ve changed the optics (which are on the order of the optics used on the steppers that expose the wafer patterns), the light source, the sensor, and the detection algorithms.

These units must be customized per device, per layer, and potentially per defect target, giving each inspection its own “recipe.” They start by doing what they call a “hot” inspection on a wafer, where sensitivity is set very high in order to pick up defects and non-defects. They then go back and figure out which are which and dial back the sensitivity in a way that targets the defects more strongly.* This process is repeated every now and then to make sure that nothing has drifted.

The Puma 9650, by contrast, is a narrow-band tool, using a laser instead of a broadband light source. While different frequencies will work better or worse for different materials or defects, you cannot select the frequency on this tool: for cost purposes, they decide on one frequency that will do the most good overall.

This tool is often used for inspection after deposition or etch in order to detect equipment issues. Because there is so much lot-to-lot and wafer-to-wafer variability, they’ve targeted high throughput so that wafers can be sampled more frequently.

For this upgrade, they’ve focused on suppressing noise from cell transitions, page breaks (essentially, the edge of the viewing field), and the exposed pattern itself. They’ve also broadened its dynamic range, and they’ve improved the resolution and decreased the pixel size.

Finally, they’ve upgraded their eS800 e-beam inspection tool. In addition to being yet another approach to visually identifying problems, this unit also allows some electrical defects to be caught since ground is connected. They can place the wafer in a field that’s tuned for a defect type, and then the electrons react differently to an open line than a connected line. This provides a much earlier way to identify opens; without it, they wouldn’t be detectable until the fully-processed wafer hit an electrical test at wafer sort.

They’ve also worked on throughput for this device so that it can be used as a line monitor. They’ve upgraded the gun and optics, increased its operating range, added new detection algorithms, and, again, improved resolution and decreased pixel size.

Because these are line-monitoring tools, any issues found would be forwarded to a “review tool” for dispositioning. This would typically also be an e-beam machine, but with an operator specifically looking for the problem that the monitor flagged. The challenge is that the reviewer may not actually find the problem, for a number of reasons. One reason KLA-Tencor describes is that, in the past, the review tool would be one built by one of KLA-Tencor’s competitors, and they found that the coordinates of the defect didn’t always translate cleanly, meaning that the reviewer might be looking in the wrong place.

Such unresolved defects get sent to the “SEM non-visual” bucket, which is a polite way of saying, “I couldn’t find the problem.” It means either that you were looking in the right place and couldn’t see the defect or that you were looking in the wrong place. If you’re trying to use these defects as a way of making adjustments in the line, then the SEM non-visuals are of no help whatsoever and become an annoying bump in the failure-mode Pareto.

They view their combination of line monitors and the review tool as their answer to the difficulty of finding defects in the range of 10 nm. Which gets them out of the woods for a while. Until we have to look for even smaller squatters.

*Hmmm… the TSA could take a clue from this approach…

One thought on “A New Crop of Wafer Inspection Tools”