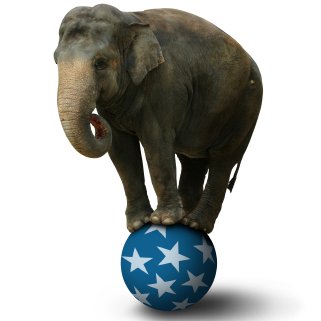 Tough Times Ahead for AMD

Dancing with Elephants, Someone Is Bound to Get Squished
by Jim Turley

The company best known as “that other PC chipmaker” and the firm that serves as a big Get Out of Jail Free card in Intel’s high-stakes game of Department of Justice Monopoly, is about to get squeezed from another angle. Say hello to my little friend ARM.

That’s too bad, because AMD does a lot of things right and makes chips that actually emphasize the characteristics engineers seem to be asking for. So why, oh why, is the company on the skids?

There was a time when Intel and AMD were friendly partners and ARM didn’t even exist. Back in ye olden tymes, chipmakers would often second-source their chips, willingly licensing the designs to other firms so that customers could be assured of two (or more) sources of supply. That was back before x86 processors were hugely popular; having a backup supply reassured skittish developers that their chip would always be available from somebody.

That all stopped after the ’386, of course. Since then, Intel and AMD have been bitter rivals, with AMD essentially trying to recreate its position as de facto second source for Intel, but without Intel’s help. That led to some pretty impressive reverse-engineering efforts within AMD. How do you clone the world’s most complex (but also most profitable) piece of silicon with nothing to go on but the datasheet and the programmer’s manual? It’s a miracle they got those chips to work at all.

But work they did, and pretty darned well, too. In time, some of AMD’s x86 processors actually got to be better than Intel’s. They were smaller, used less power, and cost less—all things that engineers and developers really like. Granted, AMD’s chips were generally slower, too, but that’s not always a problem when you’re making embedded systems instead of leading-edge PCs. Throttling back the performance a bit in exchange for more power efficiency is a good tradeoff. Not sexy, perhaps, but good engineering.

That’s all fine and dandy, but now a new competitor has hove into view over the horizon: ARM. When it comes to low power consumption, small size, and modest price—the three things that helped set AMD apart from Intel—it’s ARM that now dominates the conversation. And that leaves AMD in an awkward position. Its chips are (usually) not as fast as Intel’s, but neither are they (usually) as power-efficient as ARM’s. Where does that leave AMD?

In marketing speak, there’s the concept of unique selling proposition, or USP. Every company, brand, and product must have a USP, the thing that sets it apart from all the competing companies, brands, and products. Why else would you buy imported Evian water for $3 a bottle instead of generic store-brand water for half that (or simply drink tap water for free)? It’s probably not the water; it’s the USP for that product.

AMD’s USP was the low-cost, low-power alternative to Intel. If you needed an x86 processor and didn’t like the Intel product for some reason, AMD was pretty much your only alternative (not counting a dozen short-lived x86 clone makers from the 1990s).

But now the low-cost, low-power alternative to Intel is usually something designed by ARM and manufactured by Qualcomm, Texas Instruments, nVidia, or almost a hundred other companies. If it’s high performance you want, you go Intel. Otherwise, the decision comes down to choosing your favorite ARM vendor. Creative designers might also include MIPS, PowerPC, 68K, and other CPU families in the mix, but not as often as they used to. It’s gradually becoming a two-horse race, and AMD is starting to limp.

AMD has been pretty successful with big servers, but even that area is coming under fire from ARM. Paradoxically, servers are more power- and cost-sensitive than the average PC because server customers buy so many of them. Shaving a few dollars and a few watts off of each server blade is a big deal when you buy a thousand of them at a time and your business card says Yahoo, Google, or Amazon. But it’s exactly those metrics that have attracted ARM vendors to the server market, and they have an even better story than AMD regarding MIPS-per-watt or transactions-per-inch. So, once again, AMD is left occupying the awkward middle ground, neither the performance leader nor the efficiency leader. Without a strong USP the company risks spiraling into irrelevance.

What can AMD do to halt its decline and regain relevance with engineers, designers, and programmers? Well, the company could adopt the strategy of, “if you can’t beat ’em, join ’em” and take out an ARM license. That would mean changing sides—switching horses in midstream, if you like—and allying itself with the many ARM vendors. Instead of battling ARM, AMD could become a royalties-paying convert with access to a large array of low-power CPU designs. AMD-branded ARM chips might do very well, partly because of AMD’s well-known brand name and its good relationships with engineers.

On the other hand, AMD would then become just one of many (many, many…) ARM vendors with little to differentiate itself. There’s that USP thing again. How would AMD’s chips be significantly different from Qualcomm’s or nVidia’s? AMD doesn’t own its own fabrication equipment anymore. It spun that off into Global Foundries, so it can’t claim to have any in-house magic on the production side.

AMD could combine the ARM processor cores with its own ATI graphics, though. When AMD acquired ATI a few years back, the integrated graphics-plus-processor story was its main reason for doing so. So far, that strategy hasn’t really paid off. The PC-oriented chips are late to market, and PC makers seem unimpressed. But the combo might work in the embedded market. Lots of embedded devices now have advanced user interfaces, and a built-in graphics controller of ATI’s caliber might just tip the scales in AMD’s favor.

But here’s my favorite idea: AMD should pursue a hybrid path and license its x86 CPU cores. The business model would borrow a little bit from Intel and a little bit from ARM. Offering x86 processor designs under license to designers and other chipmakers would make AMD (almost) the only company to do so, and that could be a big hit. You could integrate a high-end x86 CPU into your SoC or FPGA and skip buying the separate processor entirely. You’d have proven x86 compatibility without the bulk or cost and with the benefits of on-chip integration with the rest of your design.

It’s a strategy that Intel certainly won’t follow. Intel has no interest in licensing its CPU designs. It made that mistake once before, and AMD’s continued presence is still a haunting reminder of how that turned out. Intel’s corporate strategy also depends on leveraging its outstanding manufacturing technology, and licensing the core design doesn’t help that at all.

And although ARM set the gold standard for how to license a CPU architecture, the company obviously has no x86 designs to license. At least, not that we know of. It would be far simpler for AMD to modify its existing x86 processors for licensing than it would be for ARM to create a workable x86 CPU design from scratch. A lot of failed x86 startups have demonstrated the hazards of that strategy.

If AMD were to offer its x86 processors for license, it would have the market to itself. Instead of standing in Intel’s shadow as it has for the past 20+ years, it would stand alone as the sole source for high-performance x86 CPU cores. It would join the ranks of ARM, MIPS, and other CPU-licensing companies but with its own popular and extremely well-supported architecture. Success might not come swiftly—or ever—but it’s got to be better than getting squeezed between ARM and Intel.

4 thoughts on “Tough Times Ahead for AMD”