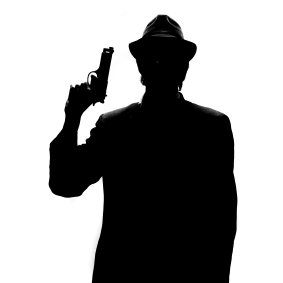 Do Your 2012 New Year’s Resolutions Include Being a Better Designer?
by Jim Turley

Google’s corporate mission statement famously includes the directive, “Don’t be evil.” We could quibble about whether the company has already violated that commandment, but for the sake of argument let’s assume it’s still in force.

One could also argue that such a rule is unnecessary. Do evildoers glance at that document before embezzling and think, “Drat! I could have swindled the widows and orphans out of millions of dollars, but this accursed mission statement prohibits it!” Perhaps James Bond villains have theirs crossed out. I can imagine a framed document hanging on the paneled wall behind the desk of Ernst Blofeld: “Don’t be evil.”

Doctors are required to recite the Hippocratic oath, which includes the line, “First, do no harm.” In other words, leave well enough alone. Don’t fix it if it ain’t broken. Always try to be at least 10% smarter than your equipment.

As engineers, we should whisper the same mantra to ourselves every time we pick up a soldering iron, EDA tool, or compiler. We can do more harm than good if we’re not careful, and the compulsion to tinker and fiddle can be irresistible. Guided by our marketing overlords, we can sometimes be duped into creating stupid, dangerous, or evil devices.

I worked with an engineer once who refused to work on weapons systems. Fair enough, that’s her call. Fortunately, the company was big enough that she could be reassigned to another project and nobody was the worse for it. I knew another engineer who refused an assignment simply because he thought the project was just plain stupid. That’s also his call, but the company was nonplussed and fired him. We’ve all got our own personal limits, so, as Jiminy Cricket says, let your conscience be your guide.

An example of evil electronic products that should be banished from this world is the car alarm. Be honest now: when you hear the whoop, whoop, whoop of a car alarm, do you think (a) Call the police! Someone’s car is being stolen!; or (b) Some idiot can’t lock his own car door. If you answered (a) you’re lying and need read no further.

I don’t have the statistics to hand, but I’m willing to bet that no car alarm in the history of the world has ever prevented a car theft. On the other hand, it’s a safe bet that car alarms have ruined more sleep, more neighborhood relations, and more marriages than tequila and handguns put together. (Side note: a British law firm reports that 30% of divorce filings last year listed “Facebook” among the reasons for the break-up.)

Car alarms don’t prevent auto theft; they simply annoy. They are among the world’s worst inventions, and the fiery lakes of Gehenna are reserved for their inventors. Satan himself is said to torment car-alarm salesmen by strapping 39 malfunctioning systems to their writhing bodies and repeatedly pressing the wrong button on the remote. Afghan guerillas use them instead of IEDs.

Second quiz: If your own car alarm went off right now – this very second, as you’re reading this – would you even hear it? And if you did hear it, would you recognize it as your own or just assume that some other random idiot’s alarm was going off? And if you did hear it, and you did know it was yours, would you actually do anything about it? Or more likely, would you sheepishly ignore the whole spectacle and hope that nobody could tell it was your car beeping and flashing in the parking lot? Many of us would rather have their car stolen than dash outside wildly wielding their key fob.

As engineers, it’s incumbent upon us to prevent (or at least delay) this kind of wicked misuse of technology. Sure, the marketing people have done all the studies and identified a target market, and we’re supposed to just implement their vision. I get that. But we should also act as a reality check on capricious demands from the suits. I’m not suggesting a labor strike or sabotage, just a gentle nudge in the direction of sanity. If a car alarm is what your employer wants, maybe suggest an alternative. What problem are we actually trying to solve? Is the idea to prevent theft or merely to give the impression of doing so? I can’t imagine that anyone buys a car based on the racket the alarm makes. (I actually did the opposite, refusing to buy a car until the alarm was disabled.) So if the noise-and-light show is not the purpose, what is? Swedish carmaker Saab (may it rest in peace) put their cars’ ignition switch on the floor by the gearshift lever so that locking the car also locked the car in gear, making it impossible to move. No 90-second serenade of horns and flashing lights. That would be undignified. Just an immobile car. Brilliant.

So push back a bit on the marketing wish list in 2012. If they scream, “we need Bluetooth!” ask if Wi-Fi, or ZigBee, or infrared LEDs might work just as well (and cost a lot less).

I once had a microwave oven with a button labeled “add minute.” Want to guess what it did? It added exactly 30 seconds to the cooking time. Whose idea was this? Apart from the misleading label, the button was actually very useful. I can only assume that the firmware designer had a bit of space left over in his ROM for one small additional feature and came up with this. Good for him, but a little communication with the industrial designer would have been nice. Or maybe the front panel was on a different revision schedule than the firmware, and I got the only unit made with the old firmware but the new front panel. At any rate, the designers’ hearts were in the right place.

You know best what’s possible, what’s effective, and what can be built within budget. The marketing types are paid to dream, bless ’em, and they don’t necessarily get compensated for practicality. You may not like their plans or agree with their strategy, but you’re ultimately going to be the one tasked with delivering a product. Do your best to get along. Just don’t be evil.

One thought on “Don’t Be Evil”