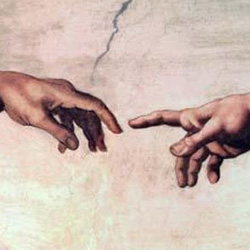 We’ve talked about touch technology here before, both in the context of touch controllers and stylus technology. But those don’t even begin to cover the gamut of touch –in terms of both what’s happened already and what’s going to happen.

There was a recent conference in Austin called “Touch, Gesture, Motion” (TGM for short) that devoted one day to touch technology and one day to gesture and motion. And, to start with, I have to say it was one of the more informative conferences I’ve been to – especially because it was the first edition. That meant that all the presenters were baselining the audience – great for coming up to speed. It didn’t assume the audience already knew everything. And, for the most part, they were pretty good about avoiding product pitches, even though some of the technologies were, effectively, their products.

So I’m going to divide up what I learned there (or things I learned upon further research after) into two articles: the first on touch and the second (a few weeks hence) on gesture and motion. Herewith, then, touch.

I’m not going to try to cover the whole range of touch technologies and where they stand. A presentation by IMS Research (who put on the convention) listed many ways of achieving touch sensitivity, some of which are on the ascendant, some on the descendant, and some of which will never quite fly. Instead of churning through all of those, I’d like to focus on broader trends and then look at some of the newer ideas that were presented.

First of all, this whole group of topics clearly has a rallying point historically. Just as every integrated circuit presentation or paper must pay homage to Moore’s Law, so it seems most of these presentations bow down to what got referred to as the “Big Bang” of touch technology: the iPhone.

That’s because much of this stuff has been under research since, like, the 60s. Seriously. It just didn’t take off until the iPhone provided that “gee-whiz” effect that, of course, means that now everything has to be touchable. Some of the presenters saw some limits; to hear others talk, it will be no time at all before touch technology is even integrated into fruits and vegetables so that you can touch them to learn of their nutrients and, especially, receive valuable offers from the grower. (Naw, actually, the middleman – the grower is too busy trying to scrape together a living simply by growing crops…)

The up and coming incumbent

The first thing you have to come to grips with in this setting is the term “pro-cap.” Despite my comments about baselining, this is one term that was assumed familiar to everyone. A few people thankfully referred to the full term: projected capacitance.

Even though we talked about capacitive touch sensing in the stylus article, we glossed over the different approaches. The simpler one, surface capacitance, establishes a single electrostatic field under the entire display with a single uniform conductive layer; this technology gives poor resolution. Projected capacitance, by contrast, etches a matrix into that conductive layer (or a couple of layers) so that you can now establish tighter x-y coordinates.

This technology is the one everyone else compares their own to. It’s pushing out the older resistive technology, and IMS projects it to push resistive down to less than 10% share in consumer items in 5 years; in “vertical” markets (things like point-of-sale devices or UPS tracking devices),they predict that it will get a 50% share in 5 years.

But there are some issues with pro-cap. It doesn’t scale well – the grid becomes overly resistive with large formats (which they define as greater than 30”). The indium-titanium-oxide (ITO) layer is expensive – the touch sensor can make up as much as 80% of the cost of a touchscreen due to the ITO. It doesn’t, on its own, allow any pressure sensitivity to be discerned. And it’s been a challenge to address the next big thing in touch, multi-touch.

Multi-touch is simply the ability of a screen to identify more than one point that’s being touched. The simplest one is dual-touch, which works on smartphones when you pinch and zoom with two fingers. But having large collaborative surfaces, for example, where more than one person is putting more than one finger on the screen, is clearly a focus for many in the touch business – and pro-cap isn’t necessarily the direction they’re turning for that.

Even within the pro-cap camp, work is underway to find a better replacement for the ITO; IMS expects that in 5 years, replacements will have nudged ITO out of 50% of the installations. Technology presented by Unipixel illustrates one approach.

Unipixel started with an embossing technology for printed circuits. While that business didn’t live up to expectations, they did master printing or, more specifically, embossing, intricate films, and, in particular, very fine copper lines. So they’ve put this to use, among other things, in touch technology, creating a very fine grid of copper.

Compared to ITO, it’s much easier to manufacture – it can be done roll-to-roll in normal atmosphere as opposed to deposition in a vacuum. It can be made much larger and requires no glass. It’s an additive process – you lay down only the copper you need, as opposed to a subtractive process which coats the entire surface and then removes what’s not needed. And, critically, copper costs between $7 and $8 per kilogram (they gave $7.31/kg, but I’m sure that’s changed now); indium, which makes up about 75% of ITO by weight, costs a hundred times more – around $800/kg.

You might think, “Hey, wait, but copper isn’t transparent!” And you’d be right. But their point is that, with very fine lines, it’s almost transparent – practically unnoticeable. Like looking through a screen door into the back yard.

Before we leave pro-cap technology, there are two other buzz-phrases that you’ll find are moderately difficult to sleuth out online: on-cell and in-cell. On-cell means that the sensor is in a separate layer above the actual display, while in-cell has the sensor integrated into the pixel itself. The difference mostly comes down to who owns and manufactures the technology, since, with an in-cell approach, the display and sensor technologies – and owners – come together. The in-cell concept isn’t restricted to pro-cap – it can also be applied to optical and resistive technologies. Even so, IMS expects it to amount to less than a 25% share in 5 years for consumer items; even less for vertical applications.

Pretenders to the throne

A different approach is proposed by Stantum: their “interpolated Voltage Sensing Matrix” (iVSM) appears to be a modified resistive approach (although none of the materials or their website make that clear – in one place it’s even referred to as pressure sensing). They’ve managed to get 10 simultaneous touches working.

One of the differences with this technology is that it indicates not only a point of contact, but also the area of the contact, allowing them, for instance, to discriminate fingers from a palm. Their main raison d’être is for content generation in tablet computers, meaning drawing and writing with potentially more than one thing touching the screen – not all of which is useful (like the palm).

One of the big challenges they had was in scaling this up to larger sizes due to the resistance of the longer lines. They scan the rows and columns to figure out, independently for each row and column, where the touches are. They added a reference comparator to each such line, with lines closer to the edge being compared to a different value from those farther from the edge. By doing this, touches that appear lighter and might be rejected on a less resistive line can be accepted on a more resistive line; the higher resistance is effectively calibrated out.

NextWindow is a subsidiary of SMART Technologies, who’s made their name with touch whiteboards. Like SMART, NextWindow uses an optical approach. It projects light and detects where the shadows fall from an item crossing the light beam. It can almost be installed after-the-fact; it’s not integrated with the display, but rather can be attached at the edges to project and detect the light. It becomes cheaper than coated-glass approaches at around 17”.

One of the main benefits of this and, frankly, any optical approach, is that you can use any kind of object to touch the screen. Unlike pro-cap, you don’t need a conductive material – and a sweaty finger won’t screw things up. Anything that interferes with the light will work.

Another optical approach was presented by FlatFrog. Unlike NextWindow, where the light flows on top of the display, here the light travels through the glass medium. Injected at the edge, the light keeps reflecting off the internal edges of the glass – what they call Total Internal Reflection (TIR) – and is all collected at the other edge. If something touches the screen, then the light experiences “frustration” – it no longer all makes it to the other edge (Frustrated TIR). Only a small amount of the light gets scattered per touch, meaning that more than one touch along the same “line of sight” can be detected.

By buildng an array of such LEDs and sensors and interleaving them, not only they can accomplish multi-touch, but they can also get a sense of the pressure of the touch. When a whole hand goes on the screen, you see the centers of the fingers and the heel of the palm strongly, fading as you get to the edges where there is less pressure.

They claim that this technology will be cheaper than pro-cap even after the ITO in pro-cap is replaced. And the cost scales linearly with size. The amount of computation required to interpret the touches scales with resolution, not size. 1920×1080 resolution is achieved with 200 emitters and detectors interleaved. And that computation is highly parallelizable, making it amenable to hardware acceleration for performance and cost.

Finally, we revisit the concept of pressure sensing, hinted at with both Stantum and FlatFrog. Tactonic Technologies boasts a pressure sensing technology that can be applied to flexible circuits. The issue of sensor transparency is avoided by placing the sensor under the LCD layer where it can feel the touch but not block the display.

As with some of the presentations (and websites), they’re short on detail regarding how they do the pressure sensing, but they are big on their vision on what can be done with such an approach. Because they have “tiles” that can be arbitrarily and seamlessly connected, they can be used on a large scale – to the point where they suggested that stores could put it in their floors. The stores could then monitor the gaits of people that enter the store and notice when that changes or when people get heavier – this being an indication of shoplifting. Or it could be an opportunity (somehow) to market to them. Yeah, technology almost always comes back to advertising. (That and po… oh, never mind.)

So that’s a brief rundown of some of the more interesting bits. I thought they said that the presentations were available online; I wasn’t able to locate them just now. Perhaps later…

Coming up later: the G and M in TGM.

One thought on “Touched”