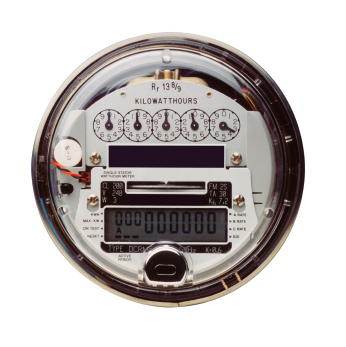 When I was a kid, the garbage men would come into our backyard. Every week they’d park the big truck out front, hop down from the cab, let themselves in through the side gate, and walk around back to where our round metal garbage can waited on the porch outside the kitchen door. One burly man would hoist the can onto his shoulder; if we filled two cans that week, they’d both carry one. They’d retrace their steps, dump everything into the back of their big truck and make a final round trip to replace the empty can(s) on our back porch.

Fast-forward forty years, and the situation has changed completely. The galvanized metal can with the round lid (you know, the kind Oscar the Grouch inhabits) has been replaced by three color-coded plastic bins: one for recyclables, one for yard waste, and one for actual garbage. Significantly, the garbage bin is the smallest of the three. I now do the work of hauling the bins out to the street, placing them by the curb in a neat row, adequately spaced with clearance between each one and well clear of parked cars or other obstructions.

In the morning, the piloted garbage robot (I can scarcely call it a truck) comes by to collect them. It reaches out with its oversized mechanical arm to pick up each bin in turn, lifting it high into the air before upending it over the open top of the truck. Sometimes the behemoth shakes the bin with an almost human vigor before gently setting it back down on the ground more or less where I’d left it. The drivers (there are two) are now less burly than pudgy. They remain seated in their heated cab the whole time, listening to either classical music or Mexican ranchero music (depending on whose turn it is to choose the radio station, I assume). The lift-and-shake process repeats three times, once for each bin, before the whole clattering contraption moves down the street to the next house.

I’m sure this new way of collecting garbage saves time and therefore saves me money as a ratepayer. The garbage men—I’m sorry, waste-management specialists—can cover more territory than they could 40 years ago. They don’t have to jump in and out of the truck every 50 feet and they rarely lug heavy cans anymore. Since I’ve already presorted the recyclables from the garbage and separated out the (literally) green yard waste, the landfill isn’t growing so rapidly and, judging from the relative sizes of my bins, most of what I’m tossing can be recycled and/or composted. That’s all good. This is what’s known in technical circles as Progress.

Much more recently, my local electrical monopoly—I’m sorry, energy-service provider—made a similar transformation. Before, the meter reader would quietly make his rounds once a month, walking through the neighborhood reading the electrical and gas meters on the side of everyone’s house. In some cases, the meters were visible from the street. In other cases, he’d pop into the backyard just long enough to eyeball the meter and mark his clipboard. He knew his route well and was very quick. Unless you happened to be watching at the exact moment he came to your house you’d never know he was there. (On the rare occasions I did see him I noticed he carried a big walking stick with a tennis ball stuck to one end. Turns out it’s for warding off aggressive and territorial dogs.)

That all stopped a few months ago when the utility company installed “smart meters” in our area. First we got a notice in the mail saying the installer would come by in a few weeks, and that there may be a brief electrical interruption while he/she replaced our old electric meters with new ones. Sure enough, the installer showed up at the door, flashed his ID, and asked permission to swap out the meter. Being a nerd, I asked to watch. “How long does the installation take,” I asked? “About three seconds,” he replied. “Oh, so you’ve done this a few times before.”

It was like watching Indiana Jones in the opening scenes of Raiders of the Lost Ark. He placed one hand on the old meter and, holding the new meter in his other hand, pulled the old meter out and plugged the new one in with one swift motion. The clocks in my house didn’t even reset. Muhammad Ali once bragged that he was so quick he could switch off his bedroom light and be under the blankets before the room got dark. I think this guy could actually do it.

The purpose of this upgrade exercise, of course, is to make walking meter readers obsolete. Smart meters can wirelessly transmit their readings to a nearby utility truck. Like the garbage men, the meter reader can stay warm and dry while making easy drive-by readings once a month. No need to battle dogs, inclement weather, or locked gates. He can probably finish his whole monthly route in one-tenth the time it took to walk it, and it’s safer for everyone concerned.

The only problem he ever encounters, he told me, is when homeowners object to having smart meters installed on their houses. Seems a few of my Luddite neighbors have taken to wearing tinfoil hats. The meters emit too much radiation, they complain. Or they’re not accurate. Or they allow the utility company to shut off your gas or electricity remotely (as if they couldn’t shut off your power before). Science be damned, these people have somehow been led to believe that smart meters are the work of the devil.

All of which brings us to this week’s new chip. Silicon Labs has a new line of 8051 microcontrollers, and they are special for two reasons: they’re extremely power-efficient, and (ironically) they’re meant to be used in electric smart meters. I would’ve thought that any product attached directly to the municipal power grid and mounted outdoors would have essentially infinite power and heat-dissipation limits, but apparently not. Utility companies are very keen to make their smart meters energy-efficient. Go figure.

The power-efficiency side of these new MCUs is applicable to anybody, and it’s worth a look if you’re designing battery-powered devices that need an LCD display and/or a wireless connection. Among the usual power-saving tricks is a new one I haven’t seen. The new Silicon Labs chips include their own voltage regulator specifically for the RF companion chip. By powering the RF device through the MCU, the microcontroller can effectively manage the power based on what it knows about wireless traffic.

For the smart-meter designers among us, the new chips have a lot to like, too. They’re designed to interface directly to the registers of the metering mechanicals. (Did you know flow meters have standardized register interfaces?) They sleep most of the time, but they can wake on any number of conditions, such as a preset reading or an error condition. They’ve got programmable pull-ups and programmable debounce and, remarkably, consume only 300nA at 3.6 volts.

In short, if you’re making some wee small device for metering or monitoring, the new C8051F96x, Si102x, or Si103x chips may be just what you’re looking for. The hardest part may be getting your end customer to agree to it. Maybe the datasheets should come with a phone number for a counseling program. Good luck with that.