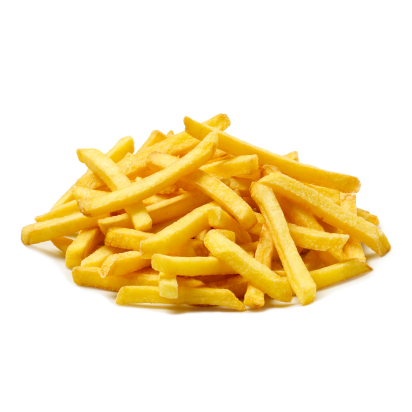 How do you get from an idea to an ASIC? Classically you shell out multiple dollars for a design tool-chain, and many more dollars for people to drive it. After a lengthy period of definition, design, and verification, you send data to a foundry, pay many more millions of dollars for a mask set, and get back, weeks later, a box of wafers. Now you spend even more money on probing the wafers, and, if you are lucky/skilled, you have a working device and can move into production – that is, after putting together a logistic chain for running the devices from the foundry through a test facility and then an assembly house and finally back to where you need to use the devices. If you are not lucky/skilled, you pay even more dollars for the design to be re-worked and more millions for a new mask set, and then you still have to put together your logistics chain.

This is the simple version – in real life it is even more complex and expensive. You probably have to find and license some IP, your chosen foundry may have limited capacity, or you may require too small a number of devices for the foundry to be interested, or your Thailand test house may have been flooded. And so on and so on.

You could consider using an FPGA, but an analysis of the options has already shown that you will need a unit cost for your design that will come only from an ASIC, or the low power that few FPGAs can offer.

But there is another way! (Or other ways.) A few weeks ago I came across a route that really can offer a much cheaper way to production: EUROPRACTICE. There are two strands to EUROPRACTICE, the EUROPRACTICE Software Service and the EUROPRACTICE IC Service. EUROPRACTICE stems from the 1989 EUROCHIP service of multi-project wafers (MPWs), funded by the European Union to help keep Europe competitive in IC design and applications. In 1995 EUROCHIP became EUROPRACTICE and EU funding continued, although today it represents only 15% of the EUROPRACTICE turnover.  It is run out of three centres, imec in Belgium, the Science and Technologies Facility Centre (STFC) in the United Kingdom, and The Fraunhofer Institute for Integrated Circuits (Fraunhofer IIS) in Germany. (Sorry about all the upper case letters – but that is how they choose to name themselves.)

Looking briefly at the Software Service first, I think that many people are familiar with the system where technology companies offer educational discounts/freebies to universities, partly because it helps with tax, partly because it looks good, but mainly on the principle of the drug pusher – get the students hooked on your product and they will keep coming back for more. This will, possibly, influence the companies where they eventually work and provide mainline sales.

In Europe, universities and state-funded research institutes have turned this to advantage. A central organisation, run by the STFC’s Rutherford Appleton Laboratory (RAL – the UK’s central facility for research in areas including materials and structures, light sources, astronomy, and particle physics), acts almost as a disti for the EDA companies. Over twenty companies, including all the big boys, have signed up to provide tools. A university joins EUROPRACTICE by paying an annual subscription and can then acquire tools by paying the relevant license fee and annual maintenance, both at a significant discount to the published commercial rates. Normally the supplier stipulates a bundle of tools, rather than specific point tools, and there may be different licenses for teaching and research. There is a technical support service, managed at RAL, and also significant support on the web site.

The core of the system continues to be the use of MPW runs. This technique puts several different designs on a mask set for a prototype run, spreading the cost of the mask set across the designs. There are various techniques that can be used to increase the number of designs, and EUROPRACTICE claims that it can reduce mask costs for a company to as low as 5% of a normal set. (In this, as in other estimates, your mileage may vary.)

After the MPW run, die from fully qualified wafers are supplied to the participants, either as naked die or encapsulated. There are around 200 MPW runs scheduled each year, from foundries including austriamicrosysteme, IHP, On Semi (formerly AMIS), TSMC, and UMC. The runs cover a wide spectrum of  process technologies, from 0.7micron down to 40nm geometries, with CMOS, BiPolar, and SiGe processes, and tuned for different device performance, including low-leakage, low current, and high performance. There are also mixed signal and analog options.

But before you get to the foundry, you have to do your design. If you don’t want to be a designer, or don’t have the in-house expertise, there is the EUROPRACTICE Alliance Network of design companies. These can offer services from complete turnkey designs, ready for handover to the foundry through EUROPRACTICE, to specialist advice on specific design issues, such as designing for low power or handling high voltage. Members of the Alliance can also take over the design at various points in the chain; for example, taking the HDL, the netlist, or the placed netlist, and completing the process. For deep sub-micron, EUROPRACTICE itself offers a similar range of services, with input at any stage from specification down to the GDSII layout files.

For those companies carrying out the whole design in-house, EUROPRACTICE provides process-specific design kits for the more popular processes and the more popular design tools. These cover such things as design rules, cell libraries, and electrical parameters. Cell libraries are also available from Faraday and ARM (previously Artisan).

The design is delivered to EUROPRACTICE, where the final checks are carried out before it is passed to the foundry to form part of an MPW mask set. From the foundry’s point of view they are dealing with a single customer that has a knowledgeable and experienced team handing over the designs. This is a definite plus for the foundry. The scheduled MPW runs are also valuable in helping foundries plan fab loading.

Now that there are working prototypes, what next? EUROPRACTICE will, if required, continue to work to take the design to low and medium volume production, again using its volume purchasing and its links with both test and assembly facilities. This will include qualification to appropriate standards, if necessary, for medical, industrial, space, or consumer applications. EUROPRACTICE can also take care of the logistics of moving devices from foundry through test and assembly to delivery.

EUROPRACTICE offers similar services for MEMS and SiPhotonics, with universities and research centres able to access foundry and design service. For commercial ventures, EUROPRACTICE doesn’t offer foundry services but does offer support, normally through the specialist teams at imec.

So, without believing in good fairies or Santa Claus, and acknowledging that there is no such thing as a free lunch, EUROPRACTICE seems to offer a pretty good deal. There are other options: for example, MOSIS, operated by the Information Sciences Institute at the University of Southern California, offers a similar service. Alternatively a more commercially oriented approach comes from Open-Silicon, a company with headquarters in Milpitas, California, that offers a very wide range of different customer engagements, from working on the initial product specification through to handling the issues of product end-of-life.