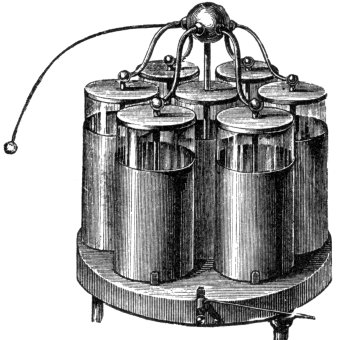 In the world of mobile devices, power is king. Sure, cost is important as well. Engineering teams will drive themselves silly trying to shave pennies off the BOM of a new mobile phone, but even cost often takes a back seat to power. Reduced power consumption translates, of course, to increased battery life. Increased battery life can translate into a smaller, cheaper battery (thus reducing cost as well) or into increased customer satisfaction – leading to more sales and… well, you get the idea.

When we want to cut down power consumption in our mobile device, we have to know where to start. Remember Amdahl’s Law? Amdahl was talking about speeding up execution of software, but the same principle applies to reducing power. The amount of progress you can make on reducing total power consumption by attacking a single part of your system is limited by the contribution of that part to the overall total. To make substantial reductions in power, with corresponding increases in battery life, we need to first identify the biggest wasters of power in our system and then see what we can do to improve that situation.

See that nice big, bright, display we just designed into our device?

We can stop right there.

If you’ve been designing mobile devices for a while, you probably already know this well, but the display is by far the biggest hog when it comes to power consumption in a typical mobile device. In fact, the display consumes an estimated 50% of the power in most mobile devices, followed by the application of the baseband processor (which weighs in at approximately 30%), leaving just 20% for all of our other stuff – wifi, bluetooth, applications, and so forth. Since there isn’t much we can do about the baseband processor (we are probably using an off-the-shelf one from somebody like Qualcomm), that means that the bulk of our battery-saving efforts need to be directed at the display.

When we start to grapple with our display and power, one thing immediately becomes clear. We face a constant tradeoff between power consumption and user experience. Bigger displays create a better user experience, and bigger displays consume more power. Brighter backlighting creates a better user experience, and backlighting is the biggest contributor to power consumption. If our customers were willing to put up with a tiny, dark display, we could make their batteries last a really long time.

QuickLogic has battled the battery-hogging display for several years now, with technology that improves the quality of images at lower backlight settings. The secret, it seems, is dynamic range. Our mobile displays don’t have much. The difference between the blackest black pixel and the brightest white pixel is far less than the range encoded in most of our source material. If we turn our backlight down, the situation gets far worse. Anything less than about half brightness can fade to pure black, and we can’t make out significant parts of our image. QuickLogic’s solution is a dynamic range compression algorithm called “VEE.” VEE understands the display settings and capabilities, and it optimizes the dynamic range of the video stream in real time in order to give a maximum-quality image, even with minimal backlighting. As you might imagine, VEE takes quite a bit of processing performance to pull this off in real time (which also might itself become a power issue), but QuickLogic solves that problem with dedicated hardware to accelerate the VEE algorithm.

VEE has been around for several years now, and if you haven’t seen a demo in person, it’s hard to appreciate just how much improvement this technology brings to the quality of the image. Incredible detail emerges from the shadows, blown-out whites descend into discernible details, and the overall experience is dramatically improved. In more challenging situations, like direct sun, the effect is even more dramatic, or if the display brightness is turned way down in attempt to get through the rest of the movie on that last 22% battery life remaining – VEE can make the difference between a clear view of Darth Vader and watching some amorphous black blob with a deep metallic voice move around in the shadows. I mean, depending on what source material one chooses to watch on one’s mobile device. I’m sure that “When Harry Met Sally” would look better with VEE as well.

Of course, with VEE turned on, the display is optimized for whatever backlight setting the user has selected. If the user keeps backlight cranked up full-tilt boogie, VEE won’t be saving any significant battery power. That’s where “Dynamic Power Optimization” (DPO) comes in. As you may have noticed, you don’t need the same amount of backlight for all images. In fact, if you had fast fingers, you could sit there while watching your movie and crank the backlight up and down really fast to compensate for the scene-to-scene differences… It would be like a battery-saving video game. Or, you could let QuickLogic’s DPO do that work for you. DPO works in conjunction with VEE to modulate display brightness in real time, depending on the image. The combination of DPO and VEE can result in significant system power savings and correspondingly longer battery life. In one 10.5” tablet example, with user-selected brightness at 80%, VEE+DPO was able to maintain image quality while reducing effective brightness down to 30%. As a result, system power dropped from 4.53W down to 2.97W – a savings of 34% in total system power.

While they were out there saving power in our mobile displays, QuickLogic decided they would help us with one more nagging problem – bridging incompatible display standards. With multiple standards like mipi, RGB, and LVDS floating around out there, chances are our application processor won’t be sending the same kind of signal our display is expecting. If we incorporate a picoprojector into our new device (and who wouldn’t want one of those these days?) we also need to split the video signal and drive two different displays from one video source. Instead of forcing us to buy a separate device to bridge all these incompatible standards, QuickLogic includes bridging and even multiple-display driving into the same device that’s doing our display power reduction – putting a lot of display-related goodies into one tiny package in our mobile design.

This week, QuickLogic is announcing ArcticLink III VX – a sequel to their highly successful ArcticLink II VX device (which also incorporated bridging, VEE, and DPO). The new device is smaller, consumes less power, and handles more interfaces – including a bump in maximum resolution from WXGA (1366×768) to WUXGA (1920×1200). All of these capabilities are being delivered in an even smaller package than before – dropping the smallest package option from 6x6mm down to a tiny 4.5×4.5mm package with 0.4mm pitch.

The new device comprises 13 distinct silicon variants – to allow for various combinations of display bridges, and also for an optional second display output. ArcticLink III does not completely replace ArcticLink II, however, as certain combinations of sources and displays are still supported only by the older device family.

Given the tiny size, low cost, and significant capability of these devices, they seem like a win in any mobile device design where the display is a significant feature. For just about the price of a display bridge, one can bridge standards, save power, and improve the viewing experience – perhaps getting away with a smaller, lighter battery in the process.

One thought on “Bumping Up Battery Life”