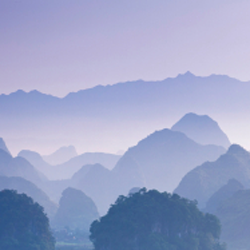 Two Conversations at Once

octoScope Reduces the Cost of MIMO Testing
by Bryon Moyer

Two can be a really useful number. In fact, if the goal is minimal plurality, then two is optimal.

I mean, just think about it. The aesthetics of bilateral symmetry aside, many of our bodily sensors work in pairs. Two eyes give us stereoscopic vision. Two ears let us triangulate the sources of sounds. Two nostrils… well, maybe that’s simply redundancy for when one of them is afflicted by the obstruction of a cold.

But with the other two, our brain is able to take the input from two more or less identical sensors and compute information above and beyond what either sensor can do alone. When at a cocktail party, for example, if you pick up the slightest strains of a particularly salacious conversation, your brain effortlessly and instinctively allows you to turn your head for best reception, isolating that conversation out of the noise of the other drivel swirling about.

That’s actually a very sophisticated capability, referred to as the “cocktail party effect.” And it’s a problem that any wireless communication scheme has to deal with, but the only way we’ve been able to solve it so far is by encoding each conversation differently so that, when a receiver listens for a signal, it hears only the signal it’s supposed to hear (or it can easily jettison the others after some processing).

But that still doesn’t make it easy. It’s a vicious world out there, with all manner of obstructions and distortions conspiring to thwart our communications. Take your simple household WiFi connection: in principle, you could just put the WiFi hub up on a wall or hang it from the ceiling or somewhere else with direct line-of-sight to the computer it’s serving. But, of course, that’s not what we want.

We specifically want this thing to be out of sight; it doesn’t match the curtains or the carpet. So we bury it under a couch or in a closet. We put it in one room to use in another room. The poor signal has to find its way around or through wooden furniture and lath-and-plaster walls and that really cool copper art you bought on a whim one weekend in Golden Gate Park.

You might be able to set things up so that it works ok, kind of like adjusting the antenna on the old TV so that it gets the best reception (for those few of you that have ever done that). But then little Billy is going to walk by and get in the way, just for a second. And then one of you is going to get this great idea to completely rearrange the furniture. Monthly. And the WiFi still has to work, despite these changing conditions.

How about your cell phone? When you’re standing on the corner waiting for the light to change in downtown Manhattan, the signal you’re getting is coming to you from all directions, bouncing off of walls and cars and billboards and that loud preacher across the street (with, unfortunately, no discernible effect on the insistency of his patter). When the light turns green and you start walking, you have added to your problems the fact that you’re moving – which means that you and Doppler are now conspiring to change the effective frequency of the signals.

Maybe walking doesn’t change it a lot, but it’s some, and if you’re having that same conversation on a train in, say, Japan or France, you’re going at an appreciably brisk pace, and the effect is much greater. (Less of an issue in the US, where we struggle to achieve 70 mph and then ask in a pleading and pitiable voice whether that’s enough to get us into the Bullet Club…)

So we’ve got two major problems: all the reflections, which constitute the “multi-path” problem, and the fact that the signal may move off of the intended frequency, reducing the strength of the signal at the intended frequency – referred to as “Doppler fading.” To help address these, we can take a corporeal clue and double up our sensors: two (or more) antennae. Which you’ve probably seen on your WiFi router (or on wireless microphone setups years ago) – referred to as “diversity.” (No training or sensitivity required.)

With LTE technology, this is being moved into your cell phone, and it might not be only a pair of receivers, but also a pair of transmitters. Or more than a pair. It’s been generalized to a “multiple-input multiple-output,” or MIMO, solution. (Or problem, depending on your view.)

Makers of wireless equipment have to try to tune their equipment and algorithms to take in all of these signals and make sense out of the mess. And you’ve got to test the equipment to make sure it works before releasing it. The challenge is that you want some repeatable way of testing and grading rather than just randomly walking around the streets or through an office building asking, “Can you hear me now?” You’d like to have some consistent way of modeling all of the effects that might afflict a wireless signal.

And, in fact, you can do that. A single-input single-output system can be modeled as a delay line with coefficients at each tap to represent the fate of the signal as it travels from output to input. When you start multiplying transmitters and receivers, the models grow rapidly, however, as a product of the number of inputs and outputs. Two outgoing signals received by two antennae mean four channels: the signal from each transmitting antenna to each receiving antenna.

And each of those channels has a different delay line with different coefficients. Which, on the surface, doesn’t sound that complicated. But, to hear octoScope’s Fanny Mlinarsky describe it, you shouldn’t be lulled into such a conclusion: apparently the math is complex. Enough so that people do PhDs on channel modeling.

You’re essentially characterizing signal quality as a function of location and frequency, and the graphs resulting from such measurements end up resembling the exotic karst geology of Guilin. And the results will vary by the scenario being simulated.

So there are a number of different models used to run the numbers. They start with a baseline reference model and then move to residential, small office, “typical” office, large office, and large “space,” which can be indoor or outdoor.

Each of them has specific things to consider. For example, an office model might have to deal with the harmonics that fluorescent lighting generates from the wall AC frequency. The “large space” model includes both the effects of people walking at 1.2 km/hr and cars moving at 40 km/hr.

Ordinarily these models are implemented in dedicated boxes costing in the range of $200,000. octoScope has announced an implementation called the octoBox that uses National Instruments’ LabView tools to program (and reprogram) FPGAs to generate the test patterns. Their solution is claimed to be under $10,000.

Because of the speed of the FPGAs, the patterns can be generated in real time as simulation proceeds. There’s also a software version available that doesn’t use the FPGAs, but pre-calculates the generation patterns (since it takes too long to do them in real time).

This is intended to reduce the cost and complexity of testing. Which will hopefully result, over time, in greater sophistication in the way our phones and other wireless gadgets can be designed to zero in on that juicy conversation that you want in the midst of that noisy party. That is, it will be able to do that just as soon as they add a model that includes the effects of people of varying rotundities holding drinks in glasses of different shapes and levels of fullness, being deftly danced around by cocktail waiters carrying expensive-looking metallic trays loaded with delectable quaffables and noms.

When that model is released, you’ll see it here first.

One thought on “Two Conversations at Once”