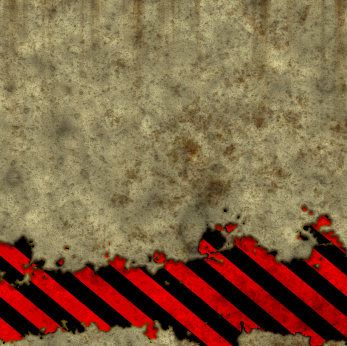 LDRA issued a press release sometime back on their work with the Mathworks; I addressed the overall topic at the time, but there was something else that caught my eye.

In the press release was the statement, “The LDRA tool suite provides full code coverage whether statement, branch or decision, linear code sequence and jump (LCSAJ), or modified condition/decision coverage (MC/DC) of code created from Simulink models and hand-written code.”

I thought, if there are these various criteria for considering software covered, then is there a matrix of who or what standard requires what level of coverage?

As you might expect, the answer isn’t simple. Actually, the specific answer to that specific question is simple: it’s “No.” There is no such matrix.

Before going into the nuance, I thought it useful to present the Wikipedia definitions of the various standards as a baseline (combining the contents of a couple of entries)*.

Condition Coverage: Every condition in a decision in the program has taken all possible outcomes at least once.

LCSAJ: An LCSAJ is a software code path fragment consisting of a sequence of code (a Linear Code Sequence, or basic block) followed by a control flow Jump, and consists of the following three items:

I had a conversation with LDRA’s Mark Pitchford to get some more clarity (or at least color) on how this stacks up in real life.

While some standards may have their own matrices for coverage according to safety integrity level (SIL), there is much that’s left to the dude that adjudicates whether or not you’ve met your duty under whichever standard you’re working towards; this is the so-called designated engineering representative (DER).

In particular, MC/DC has some surprising subtleties associated with it, depending on a couple of ways of interpreting the requirements – some of which are, of course, much more conservative than others.

One subtlety involves the “short-circuit” feature of different languages. In languages like C or C++, if a decision involves multiple conditions ANDed or ORed together, then evaluation goes only as far as necessary to determine the overall outcome. If A, B, and C are ANDed together and A is FALSE, then B and C don’t have to be evaluated; you already know the result is FALSE. Ada is more conservative: all conditions have to be evaluated regardless of outcome.

This issue was addressed by the DO-178B Certification Authority Software Team (CAST), and they defined DC and MC/DC as follows, given a series of increasingly tough requirements:

Based upon these definitions:

There’s yet another nuance when it comes to hardware registers. There’s disagreement as to whether assigning a value to a register should constitute a decision. Which, on its face, sounds bizarre: how could assignment be considered a decision?? But here’s the reasoning: this applies in particular when writing to memory-mapped registers that hand off some result to a peripheral.

A conservative approach would assume that the peripheral will be making some decision based on the written value, and that decision is outside the scope of the program being tested – and yet it depends on the value created by the program being tested. Therefore, some DERs will require that all values for that register be covered as a proxy for covering the decisions the peripheral will make.

Less conservative DERs will require condition coverage only when (and if) the hardware register value is actually involved in a decision somewhere later in the code being tested (which is the more intuitive approach).

One of the key take-aways here is that DER discretion can make a difference. The conservative interpretations take more work (although LDRA does support them with switches in their tools). If two competing companies have two different DERs, one of which is nice and one of which is harsh, then the unlucky company will have higher costs due to the greater rigor required of them, even though both companies are working to the same standard.

DO-178C is supposed to close many of the loopholes and make more concrete some of the vaguer aspects of DO-178B, but for now, at least, these “clear-cut” test coverage definitions are anything but.

One thought on “Are You Covered?”