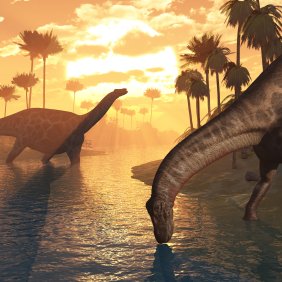 Does Anybody Really Know What Time It Is?

Have you noticed how you can measure distance by time but you don’t ever measure time by distance? If you ask someone in Los Angeles how far away Anaheim is, they’ll tell you “about an hour,” but if you ask how long until lunch, they won’t say “about 30 miles.”

Time is the most precisely measured quantity in human existence. In fact, the global definition of a meter is given in terms of time; specifically, the distance light will travel in 1/299,792,458 of a second. Distance is officially defined by time, not vice versa.

Global-positioning systems (GPS) are based on nothing but accurate time. If light (or a radio wave) travels about one foot per nanosecond, you need 10ns accuracy if you’re going to detect movement of just 10 feet. Even the humble cell phone depends on hyper-accurate timekeeping, so that cell towers can coordinate the handoff from one transmitter to another without (ahem) dropping the call. Without dead-accurate time, there’d be gaps in the connection.

All of this has helped Symmetricom build a $220 million/year business making high-precision time instruments. The San Jose–based company makes everything from big atomic clocks to little chip-scale modules, all for the benefit of keeping accurate time. This is a company that knows its cesium.

Symmetricom’s latest product is a “chip-scale atomic clock,” or CSAC. Sounds nuts? I thought so, too. Aren’t atomic clocks big scary machines buried deep underground and guarded by Swiss scientists in lab coats or something? Well, yes and no. There are big atomic clocks – several dozen of them, as it turns out – and their output is averaged to create the mutually agreed-upon UTC, or universal time. But there are also lots and lots of miniature atomic clocks – more than you might imagine. Most cell phone towers have one, for example, and so does every GPS, Galileo, and GLONASS satellite. They’re embedded in innumerable sensors, instruments, and transmitters all over the world. It’s remarkable what you can do if you have the time.

One useful application for miniature atomic clocks, for example, is distributed instruments. If you’ve got a bunch of geological sensors spread over several miles, you can’t very well cable them all together. And yet, you want each sensor’s readings to be coordinated with all the others’. How to coordinate multiple sensors that aren’t actually connected to one another? Have each one time-stamp its readings, then correlate them all afterwards. Without a super-accurate time base, all your readings would be skewed; with an accurate time base you’ve essentially created one giant sensor network.

Symmetricom’s CSAC isn’t for lightweights or home hobbyists. Single-unit quantities list for $1500 a pop, so you’d better be serious. But it’s a freakin’ atomic clock! The thing is accurate to within 50 parts per trillion (about 1 second over 50,000 years), consumes only 115mW of power, and is no bigger than a Starburst candy. Inside the CSAC is a teensy laser that shines through a hollow glass cylinder filled with a cesium-oxide gas. A photosensor on the far side of the cylinder measures the wavelength of the laser, and… it just gets weirder from there. Suffice to say the final output is a nice, clean digital signal that tells you exactly what time it is. All this in a module barely half an inch thick.

Atomic clocks (chip-sized or otherwise) aren’t for everybody. Most of us make do with crystals, crystal oscillators, or – if we think we’re hardcore – oven-controlled crystal oscillators. All of those components pale in comparison to an atomic clock’s accuracy, but they’re also a whole lot cheaper. Your average 32.768-kHz watch crystal sells for maybe 10 cents, but you’ll be lucky to see the first three of those five digits, especially if your voltage or temperature isn’t stable. Oscillators are more stable but cost ten times as much, while oven-controlled oscillators (OCXOs) mitigate a lot of the temperature sensitivity in return for another factor-of-ten jump in price. Symmetricom’s products serve the market one step above these, where volumes are fairly small but accuracy is paramount. If you’re making stuff that orbits the Earth, blows up, or handles politicians’ text messages, it’s well worth the expense.