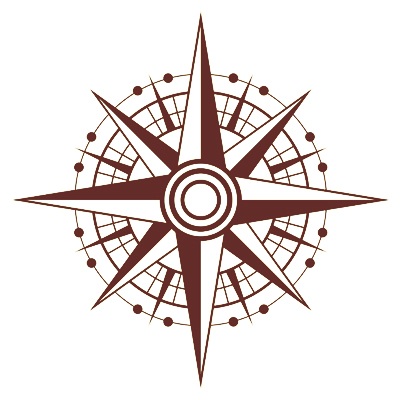 What Happens When Your GPS Fails?

You are in the middle of nowhere when your GPS navigation system fails. Of course you no longer have a map in the car. No problem – make a cell-phone call asking for directions. The cell-phone isn’t working either. Is this the start of an alien invasion? Is the world about to end? No, it is the consequence of a minor failure in the satellites that provide the data for your in-car navigation system. These satellites also provide the timing information that co-ordinates the cell-phone base stations. So two separate systems are both affected by the same failure. A nuisance for you, perhaps. But for other GPS users the consequences could be life threatening.

Earlier this year, the Royal Academy of Engineering, based in London, published a report called Global Navigation Space Systems: reliance and vulnerabilities.

The work in the report was triggered by the US General Accounting Office’s suggestion, in May 2009, that the US Air Force would face serious financial difficulties in maintaining the Global Positioning System (GPS) satellite system. Although GPS was originally intended for the US military, Global Navigation Satellite Systems (GNSS), including GPS and new services currently being deployed, are used for deriving position, navigation and timing data (PNT) in a staggeringly wide range of applications. In the introduction to the report, the chairman of the study, Martyn Thomas, says, “The use of GPS signals is now commonplace in data networks, financial systems, shipping and air transport systems, agriculture, railways, and emergency services. Safety of life applications are becoming more common.” He quotes the European Commission as saying that 6-7% of the GDP in the EU is dependent on satellite radio navigation. This is a total of around Euro 800 billion, or US$ 1,300 billion. And, just as most cars no longer have maps, many of these systems have no back-up systems.

So what could go wrong? Well, first we have to look at the system. Until October 2011, the only fully deployed system was the US GPS, but last month, the Russian GLONASS system was completed. China’s Compass system is coming close to completion, and Europe’s Galileo has just launched a second validation satellite.

Each system is (or will be) a constellation of satellites in medium earth orbit. On the ground are the control stations, which monitor the satellites, feed them with data, and synchronise their clocks. User equipment receives the very low power signals broadcast from the satellites and decodes it. Timing information is provided by a signal from one satellite (although two are preferred). Accurate geographical location requires a signal from four satellites. The receiving unit uses the timing information in the signals to calculate its position to an accuracy of between 5 and 10 metres (around 16 – 33 ft). More precise positioning, to within inches in three-dimension, is possible with the help of ground-based systems and with the new satellites that are entering service. The receiving unit can also calculate velocity to an accuracy of around 30 cm/sec (or 0.7 mph) and time to within 1 microsecond.

There are lots of things that can go wrong with these systems, from natural events through human error to sabotage at different levels. (And if you go to the report you will see that most of the things discussed have already happened at one level or another.)

In looking at these things, it is important to remember that the satellite transmissions are very low strength, typically -160 dBW (1 x 10-16) watts by the time they reach the receiver.

The most extreme natural event would be a Carrington event, named after the English amateur astronomer who, in 1859, was observing a sequence of sunspots and solar flares when he saw a very large flare. The flare emitted charged particles and magnetic effects, which, 18 hours later, reached the earth and triggered a huge geo-magnetic storm, disturbing the earth’s magnetic field. Aurora were seen all round the world. The fledgling telegraph industry was particularly badly affected, with the telegraph keys giving operators shocks, sparks from the equipment setting light to paper, and with signals still being carried on the wires even though the normal power-providing batteries were disconnected.

Solar events still regularly cause problems with land-based electrical transmission lines and generating systems, and, in December 2005, X-Rays took down GPS for around 10 minutes. A Carrington scale solar event would be many times more powerful than the December 2005 event and would probably destroy the GNSS electronics, along with that in the communications, observation and other satellites. The statistics are not fully understood, but there is no reason to believe that a Carrington event could not happen soon. As December 2005 demonstrated, even fairly routine events (by solar standards) can interfere with GNSS, and we are at the start of a three-to-four-year pattern of increased solar activity.

But the earth’s atmosphere adds its own issues. The ionosphere, as well as responding to solar events, introduces a handful of its own kinks. The electron count can change, both slowly, which is predictable and can be corrected through modelling, and quickly, which is more difficult to handle. And nuclear explosions in the upper atmosphere would cause a similar effect on the ionosphere as a significant solar event, potentially disturbing GNSS for many weeks. Lower in the atmosphere, weather systems can cause minor changes in the signal delay.

Once the signals reach the earth’s surface, they will run into more problems. Multipathing, where the receiver picks up not just the direct signal but also copies that arrive later, having been reflected from objects such as buildings, is a known issue. If the reflection is from distant objects, so that the signal arrives significantly later than the direct signal, then there are standard methods that can deal with this, but signals reflected from closer objects present significant problems, including interfering with the original signal.

Accidental interference can come from a wide range of sources: from a high-powered transmitter to emissions from personal electronic devices. The report cites “a poorly installed CCTV camera … [which] … caused GPS within a kilometre to be blocked.”

Deliberate interference is a growing problem. At the bottom level there is a thriving, if illegal, market in GPS jammers. These are cheap, easily found on the internet, and sold to block tracking systems in vehicles. These are bought by car thieves wanting to block GPS tracking, drivers wanting to avoid paying road tolls, truck drivers who want to hide their real activity from their employers or the regulatory authorities, and so on. As these devices are getting increasingly sophisticated and increasingly powerful, they are interfering with other GPS systems near them, even if only for a short time.

Deliberate jamming is also likely to become a terrorist weapon and is already deployed by governments. North Korea reportedly uses GPS jammers with a range of up to 100 km to disrupt South Korean life, and jamming could also be used to disrupt cruise missiles, drones, and autonomous aircraft.

And finally, there is the possibility of human-related errors. All the GPS satellites regularly receive pages of navigation data with clock and orbit information – sometimes as frequently as every two hours. Errors in this data have already occurred, so far without major incident, but this is still a potential problem.

At the centre of the timing and other data are atomic clocks within the satellites.  Sometimes these drift and require resetting by the control centre, once it has recognised the problem. Before the problem is identified, it can cause errors of 10s of kilometres, or more, in positioning.

So GNSS is vulnerable – why is this an issue?

As we discussed earlier, GNSS is now used in an incredibly wide range of activities – there are even GPS-equipped lawn mowers. Serious agriculture uses GPS not only to know where vehicles are and to guide harvesting equipment; it also uses it to monitor yields and to manage variable-rate seed-sowing and fertiliser application.

Railways use GNSS to monitor goods vehicles and, increasingly, to manage the trains; for example, precision GNSS is used to allow carriage doors to open only when the train is appropriately placed. There are experiments with using GNSS to replace conventional signalling.

Aircraft use GNSS for in-flight navigation. As GNSS becomes more accurate through increased signal power, clever algorithms in the receiver, and the use of ground stations for support, there are plans for its use in the precision landing of aircraft.

Telecom applications use GNSS as a reference clock, improving synchronisation between widely separated units. So do electrical power transmission grids, and use will only increase as smart grids are deployed.

And a raft of other applications, requiring very accurate positioning, is lurking in the wings. These include some applications that are directly linked to life-saving services or others that can be life-threatening if disrupted.

The problem is that if the GNSS system is disrupted, for whatever reason, there is usually no Plan B. Trials with blocking GPS to a ship dramatically demonstrated the number of services that relied on satellite signals. Even though the crew knew that this was a test and were expecting problems, they wasted time trying to “fix” the malfunctioning systems, rather than falling back onto older methods of navigating.

The LORAN system of radio signals from ground stations has been a marine navigation mainstay since the 1950s, and it would be a valuable fallback. But the US government turned off its stations in 2010, citing the use of GPS and, despite considerable pressure to deploy a new version, eLoran, has not done so.

It is clear, then, that anyone developing GNSS-based systems needs to think hard about the risks involved and identify ways of mitigating failure. But it is not clear what these ways might be.

5 thoughts on “What Happens When Your GPS Fails?”