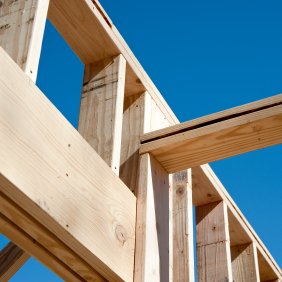 There Goes the Neighborhood

Zuken Redesigns their Board Tools from Scratch
by Bryon Moyer

Anyone who’s ever done any serious remodeling of their home knows the big decision. At some point, wouldn’t it really be easier just to mow down the existing structure and start over?

Little by little, as you add new ideas – “while you guys are at it” – the costs mount, and that’s even without considering the surprises that are inevitably encountered. And if you go from a two-dimensional home – one story – and add a third dimension, it gets crazier. Most single-story homes aren’t built strong enough to support a second story. So you end up doing things like building a separate support framework to hold up the new top floor or, even more crazily, hoisting the original house up to make it the top floor and then building a new first floor under it. (Yes, people do this.)

So yeah, at some point it becomes easier (discounting property tax effects) just to tear it all down and start over.

The same thing holds with any large program or tool or any software that’s large and elaborate, comprising lots of modules and objects that have been tweaked and tuned over the years. The longer it goes, the more investment is in place, with a commensurate ballooning of that vast body of legacy code that no one dares to touch. And so the temptation is always just to remodel the existing code.

But at some point, you’re trying to do something so fundamentally different (or perhaps the tiny tweaks over time are collapsing under their accumulated weight) that you need to start over. And this is ultimately the decision Zuken decided to make with its PC board design tools. They actually started planning for this many years ago; they have just recently announced full availability of the results of their efforts.

The new CR-8000 platform comprises three primary inter-related modules (plus a fourth one, DFM Center, which we won’t be discussing). Design Planner deals with planning – more on it in a moment; Design Gateway deals with design information and analysis (constraints, signal integrity, etc.) – it’s not new, and so we won’t cover it; and Design Force is for board layout and design – more on that shortly.

The nature of the inter-relatedness is described in different ways in different places, however. On the web, there’s a clear flow from Design Planner to Design Gateway to Design Force (and thence to DFM Center). In my discussion with Steve Chidester (Zuken’s Head of Product Marketing), however, it felt more like a triangle, with Design Planner at the top feeding down both to Design Gateway and Design Force, with the latter two exchanging information with each other and with feedback possible back into Design Planner.

All of which raises the subsequent question of how the inter-relatedness is accomplished – which isn’t simply of academic interest: it affects workflows. Back when Magma released their silicon EDA tools, their main message was that they had a single centralized database that kept all of the design information in one place. The various tools referenced that same design information, with each tool presenting the data in a way that made sense for that particular tool.

While that’s no longer Magma’s main message, it is a trend that continues. So the question here is, with Zuken’s redesigned tools, are the inter-relationships handled by having all the tools reference a central database? And the answer is, No.

What that means is that data literally flows from one tool to another via export and import. The workflow implications are that the user has to make the transfer explicit (and better not forget). So, realistically, these are three separate tools with three separate design data formats, but they know enough about each other to facilitate data interchange and to feel like they’re playing on the same team.

This isn’t a tool for design, but rather for setting up the project. You create blocks and associate functions or components with them. Components end up in the BOM list – which can be sent early on to purchasing to see if they have any lower-priced alternatives (so that you can either capitulate and use their suggestion or beef up your argument as to why you should use what you originally proposed).

You can associate various bits of data in the form of schematics, documents, spreadsheets, drawings, and such simply by dropping them onto blocks. Because you can put design information into the blocks, this does provide a way to update the original plan as the design progresses. But that’s not really the primary way they envision the tool being used. Mostly they envision the planner or architect putting together the plan and then shipping it to the people that will implement the plan. The feedback loop, while possible, is unlikely.

The key is that the various elements have built-in intelligence, unlike the equivalent in a drawing tool like Visio, and so they can behave in a more context-appropriate way. Overall, you have one tool to pull all of this together, simplifying both creation of the project and management of the pieces.

Design Force, on the other hand, is where the hammer hits the nails. This is a board layout program with a couple of important twists. First, it’s hierarchical, meaning you can model chips inside packages and packages inside modules and modules onto boards and multiple boards that interconnect. Second, it’s a true native 3D program, requiring no separate modes or plug-ins. In addition, they’ve redone the GUI.

And, in the demo I saw, the graphics were gorgeous.

Given the complex nature of modern boards, it’s quite difficult to work only in 2D, one layer at a time. Design Force allows layers to be added simply (without leaving the tool), and artifacts can be pushed up and down easily. The entire board – or close-ups of a region – can be rotated to see how things align. Transparency lets you visualize things above and below – especially at rotated angles.

One example where these capabilities are particularly useful is for BGAs with balls on top and bottom, intended to go between layers in the center of the board. (Yes, apparently people do this.) That’s a natural 3D application, with balls and routes becoming much more intelligible when you peer at the scene from different angles.

There’s enough intelligence built into the objects that, for instance, when you route a differential pair, the tool knows that it’s a diff pair and deals with it as two wires. When routing a signal, the tool knows from the netlist where the wire will end up, so you’re just establishing the specific routing it will use to get there.

Intelligence in a tool can cut both ways – it makes well-known things easy, but sometimes it can make new technologies harder because the designers didn’t know about them at the time. As a case in point, I asked whether the Shocking Technologies ESD technology we recently covered could be easily incorporated. They weren’t completely sure, but they thought it probably could be. If so, it suggests a flexible level of intelligence.

When you purchase the tool, you also get a new way of doing the design: the package comes with a touch-pad. It’s optional, but the intent is that you use the touch-pad with your left hand and the mouse with your right – or vice versa. (This would seem, among other things, to be a great ambidexterity training tool, a must for all parents looking to give their children a leg up over the Jones’s children.) They’ve set up the interface to work with the pad/mouse combo in a way they believe will make design go smoothly and quickly once you get used to using the two together.

Zuken claims that many of these capabilities – such as the native 3D feature – are firsts for this kind of tool. In fact, they’ve been pretty active in promoting this in what seems to have been a sleepier corner of EDA (or CAD, as you prefer). Assuming that’s correct, their decision to rebuild rather than remodel may shake up the rest of the neighborhood for a while here.

10 thoughts on “There Goes the Neighborhood”