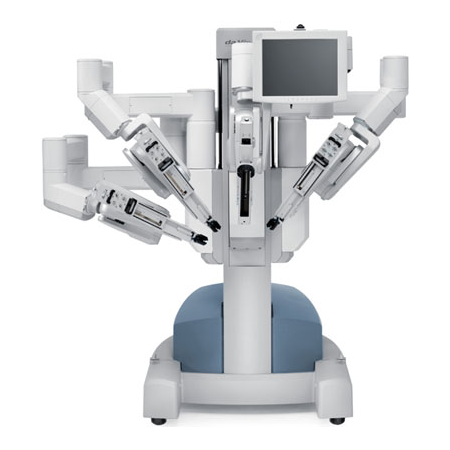 While I’ve never done a survey of engineering superhero preferences, I’d have to guess (based on empirical evidence) that Batman is near the top of the favorites list. It stands to reason. In a field of characters whose unlikely powers stem from various mixtures of laboratory accident, supernatural activity, and pure suspension of disbelief, Batman stands out as a normal human being whose crime-fighting capabilities were boosted purely through the magic of engineering.

How cool is that?

As engineers, we are inspired by the idea that pure technical innovation can catapult a character from mere mortal to superlative status for doing good in the world. Batman’s gadgets and gizmos give him an unfair advantage in defeating the evildoers. His offense, defense, situational awareness, and personal transportation abilities are all elevated significantly, giving him an overall aura of invincibility that strikes fear into the hearts of supervillains everywhere – all delivered through the power of pure engineering.

If the goal of super-empowerment is to help mankind, however, why do superheroes only fight crime? For some reason, it seems, our altruistic audiences are more enthralled with the defeat of evil than with the simple advancement of good. Our fictional notion of the villain is a very literal one, therefore, anthropomorphizing all the troubles of humanity into the characters of turbocharged malicious miscreants.

In the real world, however, more of humanity’s suffering comes from disease than from malfeasance. If we wanted to build a better Batman – one that would use patent-pending superpowers to truly improve the human condition – we’d be better advised to make our character something more along the lines of “Super-Surgeon.” Rather than running around the city apprehending purse-snatchers, our hero would spend all day in the operating room – applying his enhanced 3D vision and incredibly precise motor skills to excising tumors, repairing damaged tissue, and restoring function to troubled organs. This time, however, we won’t need made-up bad guys to give our protagonist some worthy opponents. Our new superhero is real, and he’s already been replicated in thousands of hospitals around the world.

Welcome to the awesome world of Intuitive Surgical.

My hands-on demonstration of the da Vinci surgical system began old-school, with a simple exercise that required moving a tiny ring from one tower to another inside a mock-up “patient” using traditional laparoscopic tools and methods. Basically, I stood over the patient holding two long tools that were not unlike those arm-extension “grippers” that old people use to retrieve dropped objects from behind the sofa. These tools had been inserted through the patient’s skin into an inflated cavity of the body where the “operation” was taking place. An assistant held a third arm that was equipped with a camera/light combo, and the live feed from that camera was displayed on a conventional monitor screen above the working area.

Performing a precise task with these conventional surgical tools was not unlike trying to tie one’s shoelaces with chopsticks – with one eye closed. Manipulation of the tools was limited, and control of them was imprecise and counter-intuitive (the direction of motion was reversed by the fulcrum created by the patient’s skin, and errors were amplified by the awkward leverage of the long-armed tools.) The 2D view provided by the camera did away with depth perception, so grabbing and manipulating objects in the 3D surgical environment was extremely difficult. Relying on a third party for camera control was also less than ideal, as the view was seldom what I needed for working, and verbal requests like “move the camera to the left… OK, now pull back a little” interfered with my concentration and slowed down the process significantly.

Next, after about thirty seconds of instruction, I sat down at the surgeon’s console of the da Vinci robotic surgical system to perform the same mock surgical tasks – with superpowers. I have to admit I was skeptical. The da Vinci surgeon sits at a special console – looking into a viewer that provides an immersive, high-definition, 3D view from a camera inside the body. The surgeon puts his hands into a set of controls that allow him to manipulate robotic surgical tools – including a wide range of gripping tools, cutting tools, scraping tools, and other specialized devices – with fully articulated robotic wrists.

Over the patient is a separate console called the “patient-side cart” with three robotic arms holding surgical tools and one holding the 3D camera/light instrument called an “endoscope”. The surgical tools resemble the laparoscopic tools I was using in my “old school” demo, but their tiny wrists feature seven degrees of motion compared with the zero degrees of motion offered by the conventional tools. The da Vinci arms are also acutely aware of their fulcrum point, and they carefully manipulate the tools about that point so that the tissue around the entry point suffers minimal trauma. This is in sharp contrast with my manipulation of the conventional tools. I’m certain that my virtual patient awoke with some serious virtual pain and bruising from my ham-handed hacking with the old-style sticks.

The superpowers afforded by the da Vinci system are formidable, and they are worthy of the label in every sense of the word. Starting with the vision – the high-definition 3D view features enhanced vision, almost zero latency, and an immersive experience that must be seen to be believed. When you lean forward into the viewing device, you find yourself inside the body – with super-sharp enhanced vision, incredible 3D perception, an amazingly linear and undistorted view of the environment, a huge field of vision, and direct control of the camera position, angle, and zoom. The difference in perception from the conventional camera set-up is like the difference in watching a soccer game on TV versus being IN the soccer game on the field, moving freely between the players.

This miraculous feat of super-vision is made possible by the power of high-end FPGAs. Sal Brogna, Vice President of Engineering at Intuitive Surgical, explained that the engineering team faced a major challenge in delivering sophisticated processing on 3D HD video at extremely low latencies. In addition to delivering the images in a timely manner, windowed video was required to give the surgeon access to additional information such as real-time data from patient monitoring equipment and overlays of 3D pointers and other collaborative tools. In order to meet the requirements of live surgery, latency in the video processing has been kept down to about one frame at a 60Hz rate. Pushing that many pixels through a pipe, enhancing them, and getting them in front of the surgeon’s eyes in such a tiny fraction of a second requires enormous processing power and a great deal of parallelization. FPGAs were about the only devices up to the job, so Intuitive started using Xilinx Virtex-2 Pro devices in the vision system – way back in 2003. Since then, FPGAs have crept into just about every subsystem of da Vinci – allowing the team to take advantage of the flexibility, processing power, and short design times offered by FPGA technology.

Another challenge for the team was moving the massive amounts of data between the surgeon’s console, the patient-side cart, and the vision system. Originally, this was accomplished by giant “water-hose-sized” cables with massive parallel wires running across the operating room floor. FPGA-based multi-gigabit transceivers have allowed these giant cables to be replaced by a single fiber connection – improving reliability significantly while increasing overall bandwidth.

The advantages of FPGAs in an application like this will not be new to this audience, of course. We’ve discussed at length how FPGAs can accelerate signal-processing algorithms far beyond what’s possible with conventional processors. We’ve talked about how FPGAs de-couple the evolution of your design from the inevitable upgrade and obsolescence cycle of semiconductor devices. We’ve gone into details about FPGAs bridging incompatible and evolving standards in interfaces, facilitating custom design at a tiny fraction of the cost of developing an ASIC, and allowing low-volume applications to enjoy the same level of integration as high-volume consumer devices. All of these considerations make FPGAs ideal for an application like da Vinci.

As cool as the FPGA aspect of this system is, though, it is just a tiny fraction of the innovation involved in landing a working da Vinci system on the floor of a real-world operating room. In my tour of the factory, I was struck by the incredible diversity of technology required to build such a machine. Robots are truly among the most massive and interesting collaborations in engineering today – pushing the envelope in mechanical, sensors, semiconductors, motors and motor control, vision, embedded processing, display… the list is extensive. Every aspect of the system has to perform well to live up to the “Intuitive” billing in the company name.

So, what’s it like to be endowed with surgical superpowers? I’m not a surgeon, but, as I mentioned, I was skeptical. My experience with remote control of robotic systems in 3D space comes from RC helicopters. “Intuitive” is not a word I’d use to describe those. Flying even rudimentary maneuvers with an RC helicopter demands hours of frustrating (and usually expensive) trial-and-error, training the eye-hand interactions to achieve the desired result. I expected a similar learning curve would be involved with da Vinci – where extensive practice would be required to master the movement of the robotic arms.

When you put your face into the da Vinci viewing console, you feel like you are transported inside the body. You see the robotic arms clearly in your field of view. When you begin to manipulate them with your controllers, the intuitive connection is almost instant and amazing. After a couple of seconds, the robot hands feel like YOUR hands – and you can grasp, move, cut, and manipulate objects as easily as tying your own shoes – with your own fingers. Da Vinci doesn’t stop with incredible imaging and intuitive manipulation, however. For doing tiny work, your movements are scaled – large movements of your hands translate to tiny movements of the surgical tools. Also, do you get nervous when performing surgery? I know I do. Da Vinci is ready for that too – trembling in your hands is cleanly damped out by the control system – making nice, deliberate movements from your inputs.

The system delivers all these surgical superpowers with a heavy dose of ergonomics too. Rather than standing and bending uncomfortably over a patient as in traditional surgery, the surgeon sits relaxed at a comfortable workstation. The fatigue factor is dramatically reduced, allowing surgeons to perform more procedures with less stress on their own body.

There are significant collaborative capabilities built into the system as well. 3D video feeds can be transmitted over the Internet to remote monitors. An expert surgeon in another city or country could monitor surgery in real time, communicate with the on-site surgical team, and even annotate with 3D pointers in the surgeon’s field of view. Obviously, the potential for this type of remote collaboration is huge.

I’m convinced that robotic technology like da Vinci brings to surgery constitutes real-world superpowers. While real-world supervillains may be rare, serious health issues will affect just about everyone at some point during their lifetime. It’s reassuring to know that we just might have a superhero in our corner when those times come.