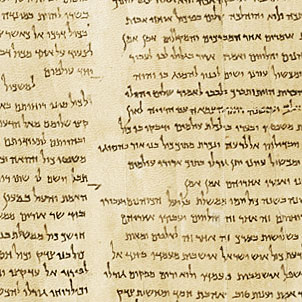 Bryon Moyer wrote about inscrutable patent language here, and, a few weeks earlier, Kevin Morris wrote about lawyers here. Both gentlemen are correct, of course, and they got me to thinking about patents.If you’re a habitué of these pages, you already know my opinion on patents. (And if you’re not, let me bend your ear sometime*.) Along with Bryon and Kevin, I don’t think bad patents can be blamed on the lawyers. “The fault is not in our stars… but in ourselves,” as Shakespeare has Cassius telling Brutus. Don’t blame the weapon; blame the hand that wields it.

We like to make fun of lawyer-speak, but I actually think dense contractual language is a good thing. The whole point of written contracts is to avoid later dispute over verbal agreements. It’s easy enough for two guys to shake hands and agree that one will pay $50 for the other’s cow, but what happens when both guys are dead and the cow has babies (or rabies)? What happens then and how do we know what the two guys agreed upon? Precisely for the purpose of avoiding arguments do we write up contracts with anal-retentive language. It’s so our neighbors can adjudicate our wishes when we’re not there to clarify.

As engineers, we ought to feel at home with detailed language and unambiguous terminology. Hey, that’s what we do. And contracts are just like schematics or code listings: they should be clear, unambiguous, and bug-free, so that anyone “reasonably skilled in the art” can carefully follow the schematic/source code/contract and produce reliable and reproducible results that are exactly what we intended.

Writing patents is tough. As Bryon points out, the first part of every patent is the descriptive part, which is intended to be, well, descriptive. But there are two ways to describe things: the helpful way and the patentable way.

A teacher or professor will describe things in the helpful way. He wants his students to understand how to build a gizmo or why Ohm’s Law works. It’s all about teaching and enabling the students.

Then there’s the patentable way. Even though the fundamental and profound purpose of a patent as embodied in the U.S. Constitution is to teach (in exchange for a limited period of exclusivity), in reality patents are written to be as impenetrable, obfuscated, and opaque as possible. That’s because, as I have argued before, a patent is an exclusionary contract. It prevents people from doing things. Specifically, it prevents anyone, anywhere, from using your patented technology. That being the case, it’s in your best interest to (a) make the patent as broad as possible; and (b) make it as hard to understand as possible while still eking though the examiners’ hands.

Why broad? Because the broader and more all-inclusive the patent, the more valuable it is when you sell it. Even if you never plan to sell or license your patent, you still want to be sure it covers all the wonderfulness of your invention. It would be a shame to describe your innovative computer as “running on 110V AC,” only to have a European competitor build an identical machine that runs on 220V, sidestepping your patent on a technicality. Even the most fair-minded and altruistic inventor would want his patent to be as broad as possible.

Why obfuscated? That’s less above-board. In today’s climate, patents are terror weapons: the threat of patent-infringement lawsuits scares many companies into weird exploratory side alleys and technical detours. Big companies spend extraordinary amounts of time and money just to avoid the hint of a possibility of patent infringement. That’s wasted effort that could’ve gone into useful work, but the threat of patent lawsuits—combined with their seemingly arbitrary resolution—acts as a strong deterrent.

You try predicting the future. Patents have to be written using words and concepts that we understand today, yet they have to apply to technologies we haven’t imagined that lie many years in the future. It’s a bit like the framers of the Constitution anticipating global communications, space exploration, and handguns. (Does the Second Amendment really mean that Americans can own guns, or that they can join the army?)

How can a patent on “one-time programmable memory” anticipate future forms of memory, perhaps based on biological phenomena, or spooky quantum effects, or time travel? Should such a patent even apply to such far-out inventions? Perhaps some future quantum-memory device should rightfully be considered separate and independent of any semiconductor memory devices we have today. Or not… That’s a judgment call.

Just like many (though not all) contracts, one side in the patent process is trying to pull a fast one on the other. They’ll use deliberately vague or misleading wording hoping that careful scrutiny of the contract will later reveal hidden meaning or intent. That’s just the nature of normal contract-writing, and why contract law is such a tricky profession.

The difference is that, with patents, one side is negotiating with an unknown partner. If you buy your neighbor’s cow, you strike a deal right there, face to face, in real time. With patents, you’re drawing up the terms with no idea who (or if, or when) your “partner” in the deal will ultimately be. Your patent may be challenged immediately, or not at all. You may or may not be around to help in the negotiations, but, even if you are, you can’t alter the wording of the contact; that would defeat its purpose. So you write the patent to be as broad and all-encompassing as you can and hope that it protects your flanks for decades to come.

Or, in a perfect world, we don’t have patents at all. But that’s been covered before.

*“If you can’t say something nice about someone, come sit next to me.” – Dorothy Parker

One thought on “Patent Language Serves Its Nefarious Purpose”