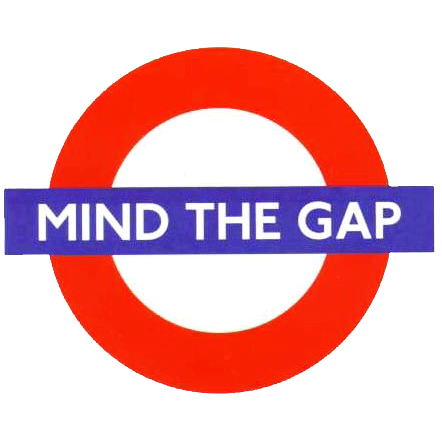 A Look at Wide-Bandgap Materials
by Bryon Moyer

Assumptions are always dangerous, but there’s one reasonably safe assumption you can make about our IC-related topics: the underlying material is most likely silicon. Silicon is so dominant that anything else is considered fringe or boutique.

But if you keep your eyes open at technology conferences, the phrase “wide-bandgap materials” is becoming increasingly evident, with two compounds, GaN and SiC, dominating that discussion. These two substances tend to be treated separately and in isolation, whether in conference sessions or articles or papers. Which leaves unanswered the obvious big-picture questions: why two materials? Do they compete with or complement each other? And are there other wide-bandgap materials in the offing? And, at an even more basic level, why are we doing this at all?

Based on some Synopsys TCAD newsletter articles, I was able to follow up with their Ric Borges to help synthesize all the disparate bits into a higher-level sense of what’s going on. We’ll start with the materials themselves – what they are and how they’re made – before looking at how they’re used.

First some review. One rule of thumb I follow is that semiconductor materials have to average out to the same periodic table column as silicon. Germanium is, of course, one row higher (“higher” meaning atomic size or weight); carbon would be one lower, but because the four outer electrons are one “shell” lower than silicon and, hence, more tightly bound to the nucleus, the electrons don’t free up as easily as they do with silicon.

The other old standby, GaAs, has two materials that are on the same row, but one column higher and lower than silicon’s, respectively – averaging out to the same as silicon. Because their outer bands have three and five electrons, respectively, they’re sometimes referred to as III/V materials.

The newer substances have similar characteristics. Silicon and carbon share the same column, as we’ve seen. GaN is a III/V material like GaAs; nitrogen just happens to be a couple of rows down from arsenic.

The desirable feature of both of these materials is that they have a wider bandgap than silicon. SiC (better known to you industrial types as carborundum, a material long prized for its hardness) comes with a variety of structures (called “polytypes”) having bandgaps that range from 2.36 to 3.23 eV. While the so-called 6H polytype, with a bandgap of 3.05 eV, has been used in the past, it has lost ground to the 4H polytype, with a bandgap of 3.23 eV. Meanwhile, GaN has a bandgap of 3.4 eV. Obviously, these all compare favorably to silicon’s 1.12 eV. As a result, they both can sustain much higher voltages than silicon, making them attractive for – surprise – high-voltage power applications.

The two materials differ greatly in their manufacturing. SiC can be grown in bulk as ingots due to the development of a way of generating a SiC seed crystal; sublimation can then be used to grow the ingot (SiC apparently doesn’t melt… ever…). 100-mm wafers are available now, with 150-mm wafers coming. Because the entire wafer can be SiC, you can build both horizontal (MOSFET) and vertical (IGBT) devices, depending on the thickness of the device layer grown.

GaN, by contrast, has to be grown on some other substrate (a pseudo-GaN substrate exists, but it’s expensive). Sapphire is traditional, but SiC can also be used. More recently, silicon has become feasible as a substrate, allowing for cheaper and larger wafers.

The fact that GaN is grown on top of a different material creates a crystal lattice mismatch at the interface, which results in defects or “dislocations” that contribute to leakage and charge trapping. This transition is smoothed somewhat with a “nucleation layer” to facilitate growth of GaN and mitigate the lattice discontinuity, but, even so, you can build only horizontal devices with this material.

GaN is typically used with related “ternary” materials that are composed of GaN (or a similar III/V compound) alloyed with a third substance. AlGaN is most common, and it has an even higher bandgap, ranging from 3.5 to over 4.0 eV depending on composition (and other conditions).

With high-power devices in particular, thermal considerations are key. SiC has notably good thermal conductivity – three times that of silicon. This enables systems with less cooling infrastructure – meaning that SiC MOSFETs can cost around $50, which sounds expensive, except that the price is rationalized based on overall system cost reductions.

By contrast, because GaN comprises only a thin layer on its wafer, its thermal characteristics are dominated by the bulk. So it can share SiC’s thermal conductivity only if grown on SiC. It obviously has no thermal advantage over silicon if silicon is the substrate, and sapphire is particularly bad thermally.

While we’ve mostly focused on voltage so far, switching performance is also an important characteristic of both SiC and GaN, since it can increase the efficiency of power systems. SiC’s speed has been exploited in Schottky diodes for years; it’s now being used in MOSFETs and JFETs for applications up to around 1 GHz.

For speeds of 10 GHz and above, GaN is needed (GaAs can also handle this speed, but GaN has the high-voltage advantage over GaAs). For RF applications in particular, which have to handle voltages only in the 20s or perhaps 40s of volts, GaN’s speed can give it the nod over SiC. Its challenger here isn’t so much SiC, but cheaper silicon laterally-diffused MOS (LDMOS) technology.

For truly high-voltage applications – on the order of 1000 V – SiC has the edge. It has been demonstrated at 1200 V, and 10-kV IGBTs should be possible. It has taken extra work to adapt GaN for use in higher voltage applications (getting up to around 600 V or so); it has additionally required the development of a normally-off transistor.

Additional GaN research is also underway with different ternary materials, including InGaN (used for blue LEDs) and, in particular, AlInN (indium falling in the same periodic table column as gallium). The latter has an interface with a conduction channel that’s two to three times thicker than AlGaN, lowering the resistance and raising the potential performance. It also happens to be completely lattice-matched with GaN; the only limitation for now is that the quality of the grown layer needs to be improved.

Looking beyond SiC and GaN, the “ultimate” material (to use Mr. Borges’ term) would be diamond – pure carbon (the more tightly-bound electrons mentioned before contributing to the higher bandgap). While it’s possible to grow a diamond film, it’s – surprise! – really, really expensive, putting it outside the range of practical commercial use. From what I can tell, carbon research is focusing on nanotubes, whose bandgap is determined by tube diameter; this is a separate topic entirely.

Expense is a challenge with all of these materials, especially early in the research stage; diamond merely represents an extreme end of the range. There are lots of ideas to try out, so TCAD simulation tends to be used to vet the ideas before they are actually committing to physical experiment – hence Synopsys’s involvement.

So, the short answers to the original questions are: we’re doing this to improve higher-power devices; the two primary materials, SiC and GaN, have different strengths, and, while they do overlap to some extent, GaN has the speed advantage and SiC has the voltage advantage. New material research is dominated by new ternaries to mate with GaN.

Each material has its adherents; some companies do both, either for different applications or just to hedge their bets. The return on those bets will have to play out over the next few years.