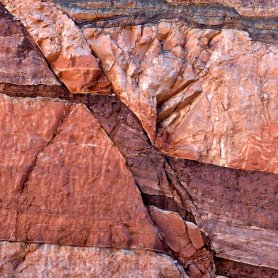 Physical defects within ICs, such as shorts and opens, can occur during manufacturing at any step along the fabrication process because of the complexity of modern CMOS technology nodes. The conventional approach to test for these physical defects includes structural tests using classical fault models such as stuck-at (SA), bridging [1,2], and transition faults [3]. This approach has efficiently addressed defects between standard cells and defects at input and output ports of library cells.

However, stuck-at fault models are insufficient for detecting faults and defects within cells [5,6]. Conventional stuck-at/transition test methods as well as the slow-speed or gross-delay cell-aware approaches cannot detect all cell-internal bridge defects. Thus, we had to move from using inter-cell fault models to intra-cell fault models. We found that the quality of test patterns improved significantly by explicitly targeting cell-internal bridge defects.

Stuck-at patterns also are insufficient to detect all detectable cell-internal bridge defects. Our previous experiments showed that only about 50% of today’s standard library cells are guaranteed to be tested sufficiently with stuck-at patterns.

A newly-developed cell-aware [4] automated test pattern generation (ATPG) methodology developed at Mentor Graphics addresses cell-internal defects and increases the defect coverage by about 1.2% compared to the defect coverage achieved with stuck-at patterns. This is equivalent to a reduction of 400 ppm in escape rate for a 50-mm2 design with an assumed yield of 90%; which is very essential in quality-driven markets where ppm targets are typically in the single digit range and below, traditionally requiring addition of application mode tests.

We started with generating gate-exhaustive and cell-aware library view files. In both cases, the pattern generation began with an ATPG model-generation step for all library cells used.

This library generation flow only has to be performed once for each technology node. The created cell-aware view can then be used for all designs. The generation flow is described in detail in [4] and is illustrated in Figure 1.

The flow for generating the gate-exhaustive library view starts with the netlist view of the library cell, i.e., the Verilog file of the cell. The generation of the gate-exhaustive library view is significantly simpler than the cell-aware view generation. The only information needed is the interface description of the cell, that is, the number of inputs and the port names. From this information, a simple tool can generate the needed exhaustive input cubes of the cell. The tool just has to write out a view file in a certain format which is equivalent to the one that is used for cell-aware models.

The graph in Figure 2 shows the number of test patterns needed for each library cell. For each cell, two values are shown in the graph:

Figure 2: Number of gate-exhaustive patterns versus cell-aware per library cell.

This evaluation was performed on all 1,500 combinational cells of the CMOS 65-nm library.

Looking at the number of defects considered for each library cell for the gate-exhaustive and the cell-aware fault models, we did not observe a big difference for the evaluated 65-nm library.

We analyzed 10 different industrial designs to evaluate the pattern count and fault coverage figures for the gate-exhaustive and cell-aware fault model. The analyzed designs range from small designs (the smallest has 75,000 gates) up to large ones. The largest design named “I6649k” has 6.6 million gates, 457 thousand flip-flops, and 1,011 internal scan chains, resulting in 41.9 million cell-aware bridge defects and 21.6 million gate-exhaustive defects. The designs I1652k, I1676k, and I6649k use on-chip test compression; therefore, these designs have a high number of internal scan chains.

Figure 3: Number of gate-exhaustive patterns versus cell-aware per industrial design.

As can be seen in Figure 3, the number of gate-exhaustive patterns is significantly higher than the number of cell-aware patterns. The ratio for gate-exhaustive patterns compared to cell-aware patterns is on average 4 to 1. Note that the test time has a linear relation to the number of patterns as well as the test costs. Furthermore, a four-times larger ATE vector memory would increase the test costs even more as soon as the test patterns don’t fit into the vector memory; instead of using a low-cost test system, a high-cost test system may be needed on top of the four-times larger test-time.

A well-used practice is to report the achieved fault coverage to judge the quality of test patterns. For established fault models like stuck-at, this is common use and very feasible. Targets around 98% or 99% are often reached. The same holds true for the recently introduced cell-aware fault model. The gate-exhaustive and cell-aware coverage results are shown in Figure 4.

We determined that the number of gate-exhaustive test patterns was about four-times larger than the amount of cell-aware test patterns. Test time and vector memory are affected by the larger pattern set. The resulting increase in test time is too costly for industrial production test.

Friedrich Hapke is Director of Engineering Germany in Mentor Graphics Silicon-Test-Solution division. He mainly is involved in research and development of new methods and tools including defect-oriented testing, IEEE1687, ATPG, logic BIST, boundary scan, and failure diagnosis. His interests also include electronic design automation in general for deep-submicron technologies. Friedrich holds a diploma in Electrical Engineering from the University of Applied Science Hamburg, Germany. Before joining Mentor Graphics, he had various R&D management positions at NXP and Philips Semiconductors. Friedrich is the author and co-author of many publications and holds over 20 patents in the area of design for test.

Stefan Eichenberger received a PhD in Science (Physics) from the University of Zurich, Switzerland. He joined NXP (then Philips) in 1993. He is a senior principal engineer at NXP Semiconductors, Nijmegen, The Netherlands. His research interests include defect-based testing, diagnosis, and yield learning.