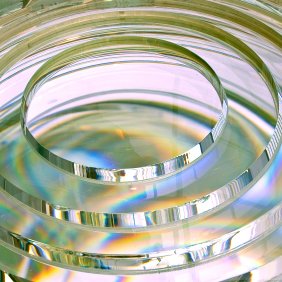 Moving MEMS to the Mainstream

As MEMS and sensors continue to move into the mainstream, they garner more and more floor and session space at conventions. While this is often the sign of the flavor-of-the-week, the attention at this year’s Semicon West appeared, in part, more intended to turn the exotic flavors into something more resembling vanilla.

While we looked at some MEMS basics a while ago and dove into great detail on some of the sensors presented at ISSCC, one of the Semicon West MEMS sessions provided more of a market overview, along with several views on upcoming developments from both a technical and a manufacturing standpoint.

The session started with a presentation by Yole Développement’s JC Eloy, who provided details on how the whole MEMS market is playing out, with the top devices and providers both by dollars and by unit volume. They project about a $10B market this year, growing at a 14% compound annual growth rate between 2010 and 2016. There are four sensors in particular that will account for more than 50% of the roughly 5.5 billion units shipped in 2011. No surprise, they are all getting much of their momentum via mobile phones.

Three of them are the ubiquitous motion-detecting sensors: accelerometers, gyroscopes, and compasses. Motion detection is moving beyond cell phones to all manner of devices, including pacemakers and smart munitions (sometimes quaintly referred to as “consumables”). This trio of motion-detecting sensors is also increasingly being assembled within a single package to improve integration and ease of use.

The fourth big seller is the MEMS microphone, which is pushing the electret condenser out. They’re seeing smartphones with multiple microphones that will help to improve sound quality and eliminate noise.

The supremacy of the smartphone as a vehicle for electro-mechanical technology was made clear by a slide illustrating current or upcoming mobile content. The list includes novel sensors and prosaic filters:

As if that weren’t enough, they see other devices adding to the list, although perhaps a few more years out. These include MEMS micro-speakers; humidity and temperature sensors combined with CO2 gas detectors for optimizing the indoor environment and saving energy, as well as detectors for other toxic gasses; and, particularly in Japan, radiation detectors.

A couple of the session’s presentations dealt with new ways of building specific devices. Amongst topics addressed by imec was one focusing on optics, looking from the CMOS scale down through MEMS and, ultimately, holography via NEMS. In particular, they’ve been working on electronic lens technology, one use of which is to create digital camera zoom lenses that have twice the range of conventional lenses at half the size, without sacrificing quality.

They base this on a SiGe “platform” that provides micro-mirror options for the zoom lens as well as a variety of other applications. These mirrors can be controlled digitally, having one of two positions, or in an analog fashion, as is done for the zoom lenses (which is, of course, harder). The mirrors can be arranged in rectangular arrays or in a circular fashion, as they are for the zoom lens, in an arrangement that looks rather Fresnelesque. They can also be given two axes of tilt for an extra degree of freedom of motion. Their process involves MEMS-last CMOS integration, increasing the density over other integrated CMOS options.

Meanwhile, Bosch presented a number of items that we have covered elsewhere, but they also dicsussed a new process they developed for creating the cavity required for their new pressure sensor. The standard way of making this cavity is to etch the backside of the wafer and then seal the back with anodically-bonded glass. A much smaller cavity can be created by etching from in front instead, using an anodic process that creates porous silicon. A sintering step then pulls the spaced-out silicon bits together, leaving a cavity. A top layer is then grown epitaxially to cap off the cavity. This process is CMOS-friendly, allowing circuit integration in tight with the cavity.

The other presentations were more related to the challenges of high-volume MEMS manufacturing, taking MEMS out of its specialized realm. MEMS does seem poised to break out, given the high volumes of a few select devices, but there are lots of things keeping design and production from being as smooth as it is for pure CMOS devices.

GlobalFoundries pointed to one of the contributing factors: a lack of standards or commonality. MEMS processes are so specialized and require so much refinement that different companies will invest independently to come up with the same product using very different processes. Everything up to and including packaging can be custom per product per company. Everyone pretty much goes it alone, often jealously guarding their secrets, and that means each company is individually responsible for reducing its costs alone.

While, in the end, each company is, of course, responsible for its own costs, they pointed out numerous areas where commonality, standards, and an ecosystem can smooth out inefficiencies much the way they have with CMOS. Process design kits, standardization of materials where possible, and common reference flows and process building blocks are ways they propose that, as MEMS enters adolescence, new products can be developed and brought to volume production in a much more streamlined fashion.

Teledyne DALSA took on the issue of balancing the need for high-volume manufacturing of commonly-used devices on the one hand with more specialized processing of lower-volume, higher-value devices on the other. Their answer is that they should both be made on the same line. The high-volume stuff pays the bills and reduces cost for everyone, while the high-value stuff keeps pushing the technology.

Presumably this can’t be done willy-nilly, since there would have to be commonality between the equipment used for the two sets of products so that the leading-edge equipment will eventually handle the higher volumes that reduce cost (and MEMS products can use a bewildering variety of processes and equipment, depending on what’s being made). Process convergence, as proposed by GlobalFoundries, can, of course, make this easier.

Finally, National Instruments presented a test platform intended to support CMOS-MEMS device testing. Digital CMOS testing is the easiest thing around; analog is harder because the stimulus and parameters may be wildly different between different analog devices. But MEMS takes testing one step further, since the stimulus and response may no longer even be electrical. Specialized equipment is often needed to apply a magnetic field or to make some acoustic sound or to move the device around to make sure it responds properly.

They propose a platform that starts with modular instrumentation customized for each type of device, layers an application development environment above that, and then tops that off with a test management layer. It includes a characterization setup and a production test system, allowing early lab measurements to help calibrate and correlate with production test.

The actual presentations can be found on the Semicon West website.