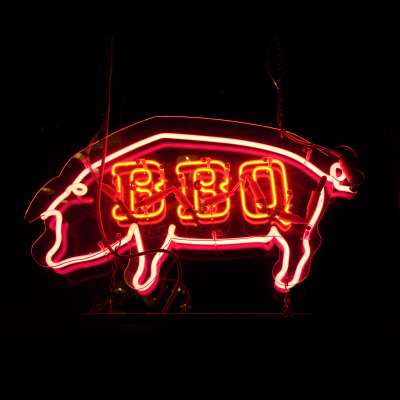 An iPad for Nerds

Good news, everyone! Tablet computers are all the rage these days, and now there’s a version for the Hubert J. Farnsworth crowd. Now you—yes, you!—can bring leading-edge sex appeal to your embedded systems. Imagine the admiration, respect, and esteem from your puny and unimaginative so-called colleagues as you unveil this beauty. Oh, the humanity! (Batteries not included.)

We’re talking, of course, about the new Panel PCs from WinSystems. These are industrial-grade PCs packaged with an LCD screen in a flat, tablet-like format. The result is a tablet computer that can take a licking and keep on ticking.

The touch-sensitive screen is, of course, de rigueur for this kind of application. It makes a dandy touch panel for industrial systems, and it’s even environmentally sealed and water-resistant. It’s not waterproof in the sense that your Rolex is waterproof to 100 meters, but it is moisture-resistant enough to meet NEMA 4/IP65 specifications. The skinny enclosure is also shielded against much smaller phenomena: RF emissions. If you can stand all the abbreviations, it’s compliant with IEC 61000, FCC Part 15 B, and CE EMC Directive 2004/108/EC.

Panel PCs come in four sizes, from a 12-inch (diagonal) model up to a 19-inch version. Apart from the screen, all four versions are identical and come with a 1.6-GHz Atom processor, 2GB of DRAM, Gigabit Ethernet, four USB ports, and two RS-232 interfaces. The tablets normally run on 12V DC, but they can be ordered with 24V or 48V inputs, if you prefer. Storage is up to you: you can install a hard drive, a CompactFlash SSD, or both.

At almost $1400 a pop for the smallest version, these little beauties are a lot more expensive than your typical PC from Dell. But mass-market PCs aren’t shockproof or waterproof (I know…) and don’t come with their own touch screens, although they do typically come with hard drives. The hardware price really isn’t out of line, and I’m sure you can get a discount if you order by the truckload. What you’re really getting is the benefit of WinSystems’ integration and testing. Moisture- and RF-proofing a PC is a nontrivial task, and receiving regulatory approval is equally expensive and time-consuming. WinSystems has done all that work for you, and they can deliver the finished product in less than a week. If you’re building an industrial, medical, or commercial system with a touch-screen interface and Windows (or Linux, or RTOS, etc.) compatibility, the Panel PC is a quick, slick and hip way to go.

It’s an alignment of the planets. Mercury Computer Systems turns 30 this week, coincidentally around the same time that Neptune turns 1 year old—sort of. You see, astronomers first discovered Neptune in 1846. The planet’s “year” is equal to 165 earth years, so midsummer 2011 marks Neptune’s first complete orbit around the sun since it was discovered. Happy birthday, Neptune!

Also celebrating a birthday is Mercury, the Massachusetts-based company catering mostly to the military and aerospace industries. In addition to boxes and subsystems, Mercury has been making board-level products for ages. AdvancedTCA, PCI-X, VME, PMC—they’re all here. If your project plans call for blowing stuff up, these are the guys to see.

The microcontroller mavens at Atmel have added still more little MCUs to their product portfolio. This week the company rolled out a new sub-genre of chips called the XMEGA family. These are 8/16-bit AVR microcontrollers with USB and analog inputs and outputs. There are more than two dozen XMEGA-family chips in all, but they all share an AVR processor, a touch-screen interface, a DMA controller, and two pairs of DAC/ADC inputs and outputs. Some have USB as well.

The idea here is that you can combine your analog functions with your touch-screen and microcontroller needs, possibly with USB in the mix, too. The chips’ internal DMA controller keeps digitized analog data flowing without unduly burdening the AVR processor core. The touch-screen interface leverages one of Atmel’s favorite technologies, and it is becoming more important to embedded designers all the time. And USB is, well, universal.

AVR is a bit of an anomaly in the microcontroller world: a new-fangled RISC design that became very popular. Originally developed by a pair of Norwegian students working for another semiconductor company, AVR has since become one of Atmel’s crown jewels. It’s small, efficient, and easy to program in C. In contrast to most entrenched 8-bit architectures (think 8051, 6805, or PIC here), AVR is elegantly orthogonal and regular. It has 32 registers, a short pipeline, and predictable execution times. In short, it’s a modern MCU design that still performs well in spite of its benefits. Since Atmel also makes ARM-based chips, AVR competes a bit with its Cortex-M3 stablemates. But it’s good to have choices.