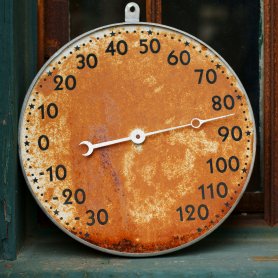 It is well known that IC components heat up during operation as they dissipate power while doing their analog and digital magic. But how can the user determine if a component (semiconductor device) is too hot? Many engineers have seen videos on this or may even have personal lab experience with overloaded components which start to smoke or melt. What is not commonly known, however, is that well below this temperature the component function or reliability starts to degrade. How can you be certain that each component in an electronic system is within its safe operating range?

This article, the first of a series of three, walks you through some brief background on the component specifications themselves, and then details four recommended methods to estimate component temperatures. The series gives specific guidance on methods to understand and to perform temperature measurements, and also to make the necessary calculations to ensure that component operating temperature limits are met in the final application.

With this common bit of data at hand, how is it possible for a user to know that this maximum allowable junction temperature is being met in the real system during operation?

Method 1: Measurement of thermal parameters on the IC die

The most accurate method to determine the junction temperature of a component during operation in a real system is to measure the temperature on the IC itself. This requires proactive design by the component supplier. They must include a circuit on the die which has a known sensitivity to temperature within a typical operating range, for example a thermal diode, which has a known correlation to the temperature distribution across the IC during typical operation. An example of this is shown in Figure 2. This configuration requires the end system designer to poll the signal during operation and do something with it. For example, you can display the temperature during testing, or possibly slow or halt operation of the IC (or the entire system), if it crosses a certain threshold.

This method when fully calibrated is most accurate, but is generally more costly to implement both for the component supplier and end system user. For this reason it is typically used for components or systems which operate at high-power dissipation or high temperatures and, therefore, are particularly sensitive to temperature effects.

Method 2: Measurement of the case temperature

When the top of the component is measured, the junction temperature can be calculated using the equation:

The Psi-JT value is specific to every IC component and heat flow profile and should be provided by the supplier in the datasheet. One common misconception is that the parameter Theta-JC can or should be used in the above equation. Theta-JC gives misleading results as it assumes that all of the device’s power is dissipated from the top of the package, while in fact the majority of the power conducts into the printed circuit board (PCB) where it is dissipated. As a result, Theta-JC tends to be a significantly larger value than Psi-JT.

Part 2 in this series explains more about this method, including the difference in the Theta-JC and Psi-JT terms and best practices for case temperature measurement. More information also can be found by reviewing the thermal parameter definitions in the JESD51 series of JEDEC standards, or reviewing application notes such as those found at www.ti.com/thermal.

Method 3: Measuring the board temperature

When the board temperature next to the component is measured, the junction temperature can be calculated using the equation:

The Psi-JB value is specific to every IC component and heat flow profile, and should be provided by the supplier in the datasheet. Theta-JB and Psi-JB values are typically very close in their magnitude, so a substitution of Theta-JB for Psi-JB is possible and reasonably accurate.

This calculation using Psi-JB also can be useful in the thermal design stage. Because a board with heat spreading planes (such as ground) is generally effective at spreading heat, the temperature of the board can often be estimated using an existing system or total power calculation. Using this estimated board temperature, the above equation can be used to estimate component junction temperature in advance of actual measurements.

Part 3 explains more about this method, including the definition of the Psi-JB and Theta-JB terms and best practices for case temperature measurement. More information can be found by reviewing their definitions in the JESD51 series of JEDEC standards, or reviewing application notes such as those found at www.ti.com/thermal.

The equation often quoted to estimate junction temperature from the ambient is as follows:

This equation is only valid when the system configuration matches the configuration in which Theta-JA was either measured or modeled. Most systems don’t conform to the configurations defined by the JEDEC standards, meaning the Theta-JA values are of little use to estimate junction temperature.

Component suppliers generally provide guidance about how a component should perform in typical ambient temperature ranges, such as 85°C maximum ambient temperature or rated for commercial operation. However, these recommendations often are based on data taken in standard or evaluation modules (EVM) environments. It is important to ensure that the actual system provides a reasonable heat-spreading path for the component, for example PCB vias and spreading layers, to keep the junction temperature below the maximum allowed value.

In the world of electronic systems, understanding and maintaining a proper component junction temperature is critical to ensure optimal performance and reliability of IC components. This article previewed four methods that can be used to estimate junction temperature with varying levels of accuracy and practicality. More information on some of these methods is available in Parts 2 and 3 of this three-part series. Additional resources are provided in applications notes by component suppliers such as those available at www.ti.com/thermal, and in JEDEC standards in the JESD51 series.

Matthew Romig currently serves as the Packaging Technology Productization Manager in the Analog organization at Texas Instruments, where he is responsible for packaging technology development and implementation for TI’s broad range of Analog product lines and packaging technologies. He has developed specialties in thermal analysis, flip chip packaging, and power management packaging. He is also a member of TI’s Group Technical Staff. Matt received his BSME from Iowa State University, Ames, Iowa. He can be reached at ti_mattromig@list.ti.com.

Sandra Horton, Analog Packaging Group, Texas Instruments is a leader in thermal modeling and has served as co-chair of the TI Thermal Council since 2007. She supports customer and development models which includes automotive products. Sandra received her BSME at Texas A&M University. She can be reached at ti_sandrahorton@list.ti.com.