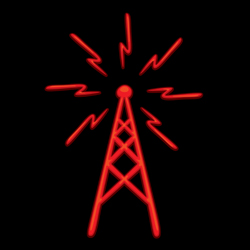 Technology has had, for many years, a habit of giving with one hand and then biting you from behind. Take telephones: long ago you picked up a hand set and asked for a person, and someone at the local office plugged you in, and possibly listened in. Then came dialling – you had faster connectivity but had to maintain a list of numbers. The list and the numbers both increased as dialling spread from local community to wider areas and finally around the world. The upgrading of exchanges (or switches) brought in keypad dialling. Pressing buttons and software routing made connections faster, particularly to wrong numbers, as you accidently pressed the wrong button. Stored numbers in phones are great – until you are away from the phone that has the number and need to make a call. Cell phones mean that you carry the phone and numbers, and you can make calls and be reached anywhere, except where you can’t get a signal. Smart phones and 3G cellular services open up the internet and the cloud to you – except when you can’t get a signal. And often the worst place for a signal is in your own home.

3G signals struggle through bricks and mortar, have severe problems with reinforced concrete, and if you have cut down the energy loss in your home by lining walls and roof with foil-covered insulation, the signal gives up and goes home. If you are tempted to go with cloud-based computing on new devices, such as computers based on Chrome, or want to exploit the iCloud from iPads and iPhones, then this is potentially a big problem. Or if you have a teenager whose whole life is based on social media and who will “just die” if they can’t have complete and total access to Twitter and Facebook, this could also be a problem – possibly even bigger.

However, what technology takes away it can also replace, and femtocells are probably going to save your sanity (and your teenager’s life). With a femtocell, you have your very own 3G base station in a box for your home. The box links to your cellphone company through your broadband service and will normally support up to four phones/devices at a time. Your cellphone company will normally make a small charge for providing a femtocell and in some countries will provide it for nothing.

Now, as we know, cellphone companies are in business to make money, so why would they consider giving these things away? Because, apart from possible revenues from more traffic, femtocells offer them a way of resolving the growing issue of increased network traffic. Adding femtocells will take a load off the macrocell of the local base station and may mean that the companies do not have to add other expensive base stations. Femtocells also provide data offloading: heavy data downloads go over the Internet rather than through the cellular network infrastructure. Many users will carry out data-heavy applications (downloads of apps, serious web browsing and so on) at home rather than when out and about. If even a small part of this traffic is offloaded from the cellular system then traffic can continue to grow within the existing infrastructure.

Some 3G smart phones offer wifi access, and this has some benefits over no connection at all, but apart from heavy battery usage by wifi, it doesn’t offer the potential for seamless handover. As you leave the house talking on the phone, the femtocell will hand you to the nearest macrocell, while wifi will not.

Femtocells are not perfect. There are potential frequency contention issues between the femto- and macrocells, although these are usually resolved by clever software in the femtocell. More important is the backhaul connection – the connection from the femtocell to the internet. If the broadband connection is ADSL, then the return path has much less bandwidth than the download. For voice traffic this becomes an issue only if all the available channels are in use, and then the standard technique of multiplexing can be easily applied. Heavy data uploads can be a problem, however. For broadband users with a cable connection, this is not a problem.

The growth of femtocells has been amazing. The first cells were shipped in late 2007/early 2008. At the end of Q2, according to the Femto Forum and market research company, Informa, there are now 2.3 million 3G femtocells globally. By comparison, there are 1.6 million 3G macrocells. Informa projections are that there will be 48 million femtocells in use in 2014, a figure that has remained remarkably consistent for several years. Today’s femtocells are all 3G, but the technique is equally effective for the emerging 4G networks using the LTE standard.

While today’s femtocells are almost exclusively in the home, the industry sees the same technology being exploited in other areas, particularly as the volumes shipping have already lowered component costs. (At least one chip supplier was showing a sub-$50 femtocell smaller than a pack of playing cards. I would have said “the size of a pack of cigarettes” but this is a smoke free zone.)

The first move is into the enterprise. Here companies are considering giving all employees cell phones and using larger capacity femtocells (16 users or more per cell) linked in networks as a replacement for traditional hard-wired landlines. Applications running in the femtocells will take care of the PBX functions, such as call forwarding, messaging, conference calls, voice message forwarding and so on. The cells will also be able to carry out load sharing. When thirty people move into a meeting, the local cell will ask nearby cells for support. Couple this with wireless LANs for access to local data services, and suddenly buildings can shed masses of wires.

But it is when they start moving out of doors that femtocells start to get very interesting. One of the problems with the new cloud and 3G-based tools is that, even in countries with relatively dense populations, there are still gaps in coverage, normally in rural areas where the cost of installing a macrocell base station is prohibitive. Alcatel-Lucent, amongst others, is working with service providers to develop cells to hang from telephone poles, using broadband from the phone system. If there is also power on the same pole, this can be used; otherwise, solar and wind power can be used to charge batteries. These cells will have a mile or so radius and will bring 3G to remote communities. If the community is so remote that telephone wires aren’t there, the femtocell can use a satellite link, although this may mean more expensive calls.

A satellite link and a car battery can be used to deploy femtocells in disaster areas. The initial use was expected to be for welfare teams to communicate with their head offices, but I was told that, in some parts of northern Japan, the teams also brought in a small generator and spare batteries and charged survivors’ phones. Ad-hoc femtocell coverage was also deployed in the recent Thai floods.

It is not just in rural areas that femtocells are valuable as public services: in urban areas, it is cheaper for the cell phone companies to roll out multiple femtocells in streets and shopping centres, rather than to add more base stations. In many countries, the regulatory issues are also far easier for installing small boxes – say 12” by 12” by 3” with a couple of antennae – than for a mast. Some operators are beginning to use femtocells alongside, or to replace, wifi hotspots, adding high quality voice traffic to data traffic.

If I understood correctly, SK Telecom is talking about deploying femtocells in ships under construction, so that cell phones can be used within the steel hulls.

At the Femtocells World Summit in London, I had the chance to hear from and talk to a number of people. It was exciting for an outsider: the femtocell business is growing fast. The players include a spectrum of companies from the chip builders, through systems integrators (or box builders), content providers, and software developers, to the cellular service operators (Cellcos). Many of these have come together to form the Femto Forum, which works as a mixture of eco-system, publicity promoter, standards setter and general industry focus point. While the World Summit was on in London, the third Femtocell Plugfest was rolling in France, making sure that the latest femtocell products worked with each other.

Femto Forum has also pulled together APIs for apps relevant to femtocells and published market research and other white papers.

It was interesting to see the different chip companies: as you would expect, both Qualcomm and Broadcom (through its acquisition last October of Israel-based Percello) are players, but the leader in this area is generally regarded as the UK-based femto pioneers, Picochip. Another UK company, Ubiquisys, is generally regarded as up-and-coming, and it stresses the cell design and software skills it has, in addition to its chips. What is interesting is that TI is now taking an interest in this area. Where Picochip and Ubiquisys are starting from the consumer end and rolling upwards, TI is coming from a strong presence in base stations and rolling downwards, addressing the corporate and larger femtocell markets, although they didn’t list the consumer market as one of their targets. The chip companies work, not just with the box companies, but also with the Cellcos themselves, to define the need for future products. They even get involved in consumer research.

It was about twelve years ago that I got a phone call from a friend and colleague, who was travelling in the Eurostar train across northern France: the point of the phone call was to demonstrate to us both how the call was smoothly handed from cell to cell while the train was running at over 180 miles an hour. Twelve years later, I still have a problem getting a reliable 3G signal in parts of my house. To some extent, cellular telephony is a victim of its own success, and on occasions, it is failing to meet the service levels that customers have come to expect. To get back control, the Cellcos have to either build even more expensive infrastructure and still run into issues with the inverse square law and Faraday cages or find another way round. The femtocell model provides an elegant solution to the problem.