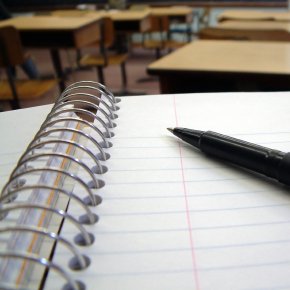 Coping with the College Crisis

Engineering is a profession of perpetual education.  Graduating from a modern engineering school is, at best, a license to learn.  With the pace of technology change showing no signs of slowing, the delay between the creation of engineering curriculum and the moving of students educated with that curriculum into the workplace means that freshly-minted engineering graduates will be five years or more behind the times when they move from school into the industry.

This is not a new problem.  When I attended engineering school back in nineteen – whoa! Hey!  was that Elvis that just drove by?  Ahem.  My school had, a few years before, invested in some nice, almost-state-of-the-art 6809 development boards.  Using the handy hex keypad, we could enter our hand-assembled machine code one byte at a time, single step through the program as it executed, and monitor our progress on the beautifully lit 7-segment LED display.  Uh, unless you happened to be unlucky enough to check out the one that had one segment dead.  In that case, you were constantly having to guess whether you were seeing an 8 or a 0.  Usually, you could figure it out from context, but occasionally it would bite you.

When I graduated, I went into an industry where, well, lets just say 6809 development boards were most certainly NOT what was happening.  My engineering schooling, and my intense work studying, had put me right up to the level of competent entry-level engineer – from six years earlier.  The problems I was working on at my first job – placement and routing of gate arrays, had not been mentioned even once during my entire engineering education.  No mention of gate arrays, no mention of placement and routing.  I now had a full-time engineering job made up 100% of stuff that was never even mentioned in school.  To do that job, I needed to understand a number underlying technologies  — which also were never mentioned in my engineering education.

In truth, my technology learning was slower in engineering school than it was at just about any point during my career after engineering school.  Struggling to stay abreast of the latest trends and developments – both in my company and in my competitors’ companies, was a far more powerful motivator than trying to ace the next exam.  Sure, engineering school was great for the fundamentals – I wasn’t going to learn Kirchoff’s laws or De Morgan equivalents at work – but, ironically, the “advanced’ portion of my EE education was the least useful to me in later life.  Should a real engineering education be a couple years of basics and then straight into internships?  Perhaps.

As a working engineer, our skills must be constantly updated or we risk falling useless.  The time we are most vulnerable?  Somewhat counter-intuitively, it’s when we’re working on a long project where we’re probably re-defining the state of the art in our own narrow area of focus.  All that time we spent buried in data structures for channel routing algorithms implemented in Fortran 77 was great for our employer at the time, but while we were working on that, the rest of technology raced ahead – leaving us struggling to catch up the next time we had a break between projects.

In two recent keynotes, Steve Wozniak has commented that our education system is broken.  To paraphrase, he believes that classroom education rewards conformance over creativity.  We are trained to regurgitate specific solutions to specific problems.  We are rewarded if our solutions match and punished if they do not.  According to Woz, we need a system that encourages students to be creative and innovative.  I can’t say that I entirely disagree.

Pure innovation can’t be the answer either, however.  There are many wheels that have already been invented, and it is far too easy for the naive student to believe they are doing original work when they’re actually repeating work that came long before them.  Unfortunately, making true progress in engineering is like building a pyramid.  You have to climb the stones that have been laid by your predecessors before you can place your stone that actually makes the pyramid higher.  With each passing generation, absorbing the new prerequisite “fundamentals” is a larger task.  Before one can stand on the shoulders of giants, one has to figure out how to climb up there.

In the US, we have a trend these days of decreasing enrollment in engineering schools.  There is considerable debate about this trend.  One theory is that the “outsourcing” of engineering jobs to other countries is hurting employment prospects and therefore high-school students are avoiding engineering education because of the possible career difficulties.  I can’t say I agree with this one.  If high-school students really did choose their courses of study based on career potential, we’d have far fewer art, music, and philosophy majors.  More likely, I think, students are not infected with the passion for problem solving at an early enough age, and that deficit follows them through their educational choices.  By the time they reach college, they have not done the requisite learning in math and sciences to be competitive in engineering school, and they make alternate choices.

In many other countries, engineering education is exploding.  Where economies have been boosted by manufacturing-centric industrial revolutions, there is an inherent understanding that manufacturing cannot sustain a high standard of living.  With today’s increasingly globalized economy, the manufacturing will always be done where it is cheapest – and that is where there are workers willing to work for lower wages.  The path to sustained prosperity lies not in having your country name follow “Made In…” but to have it follow “Designed In…”  The back of my iPhone says “Designed by Apple in California  Assembled in China.”  If we follow the enormous flow of money from the iPhone phenomenon, I’m guessing the “Designed In” part of the duo gets a bigger cut of the pie.

As I’ve traveled to other countries, I’ve seen enormous energy invested in engineering education.  In Mexico, I talked with a group of about 60 college professors who had gathered for a multi-month seminar on how to teach FPGA design in their schools.  The theory was that FPGAs were ideal platforms for rapid and inexpensive development of new electronic products, and by teaching FPGA design in schools, with current technology, students would be equipped to almost immediately start creating innovative products.  Of course there are many critics of the overall quality of engineering educations in these emerging geographies.  Some refer to institutions as “engineer mills” that turn out poor-quality graduates.  Given my experience in a high-rated engineering school, however, I think that the quality of the professional engineer depends a lot more on the individual than on the institution.  A creative, motivated individual – like Steve Wozniak, for example – isn’t created by a superior education system.  He is defined by his own passion, intelligence, and curiosity.  Education has the power either to reinforce and enhance that innate drive, or to quell it.

As engineers, we have perhaps the most power of all to inspire the next generation.  By the very fact that we chose this demanding and rewarding line of work, we are the ones invested with the fire of innovation and the passion for problem solving.  While it is true that engineering is a profession that appeals disproportionately to introverts, this is one area where we must press against those tendencies.  If we want to see a new generation pick up where the current generation of electronic designers leaves off – and that is an incredible place indeed – we need to talk to young people and infect them with the excitement of building their own robot, writing a mobile app, or just burning up some power transistors.

OK, you’ve got your assignment.  Get out there and do it!

2 thoughts on “Coping with the College Crisis”