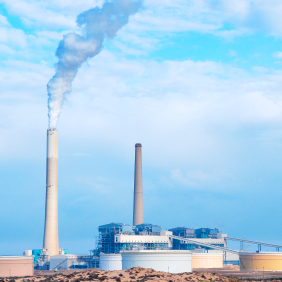 We in the semiconductor world live in a relatively self-contained environment. Processing is highly specialized, equipment is expensive and not really usable for anything else, and risks are high if something goes wrong.

So we tend to get a little, oh, inbred, with a few companies providing the variety of tools and services in a small-town supply chain.

Once the chip has been produced, it exits its rarified world and rejoins the rest of the industry, the world of real systems, with moving parts and odd shapes and grease. The systems our end customers purchase have come a long way from the chip foundry, and most everything that follows wafer saw is more old-school, even if refined old-school.

We talk about the complexity of chip manufacturing, and, indeed, it is complex. Design tool chains vary enormously from company to company, and we’re still working on getting effective test/yield-to-design-change feedback loops in place. Even so, for standard CMOS, there’s only one actual manufacturer in the chain: the foundry. Regardless of how we decide that a fix is needed, that fix is ultimately sent to the foundry to implement.

But if we zoom out further, it’s not quite so simple. That chip, once detached from its wafer brethren, will be dipped in metal, smothered in hot plastic, get more metal, and get stuffed in a box. From there it will be re-opened, put on a board with lots of other chips, and that board will be connected to some kind of connector, along with, perhaps, other boards. Power supplies and regulators and such will be added, and buttons and switches as well, and it will be put into a housing that’s been manufactured and painted and finished to spec, and it will eventually be wrapped in ESD-protective plastic and put in a box with a bunch of paperwork and perhaps a CD and a power cord.

And this will all likely happen thousands of miles from the people actually in charge of the big picture.

And all of the pieces that go into the unit will come from hundreds or thousands of other places, many also thousands of miles from each other.

And the chip – and every other component in the finished item – still has to work after all that abuse.

And, worst of all, in the end, software will be loaded into the system and – get this: even it’s got to work.

So, as complex as IC design and manufacturing might be, it’s still a far more limited supply chain. In fact, it’s only one tiny tentacle of the supply beast that builds the final box. For an OEM, it would, in some ways, be easier to have one’s own factory do all of this, where you could control everything. There’s a lot riding on trusting suppliers to do it for you.

But even so, all of the things we want in a chip production line – high yields, early warnings when something’s not working, and the ability to revise the product design during production – all of those things are desired for system manufacturing as well.

I got a chance to talk with Averna, a self-described major player in that space, during ESC. And they do much of what our test EDA companies do, but on a different scale. It’s kind of like an ERP system, except that it’s lower-level and more detailed. They provide the means to monitor production and test across the supply chain and then push revisions into the supply chain. The scope of their influence, of course, depends on how broadly a customer wants to deploy. But, as an OEM manufacturer, you can reach surprisingly far into your supplier’s buildings and equipment.

Their Proligent product is the catch-all for the variety of capabilities that follow. First is the obligatory data-collection and mining, via Proligent Analytics. They take a SQL Server database and Microsoft Cube and then add domain knowledge on top of it. In fact, this domain knowledge is a big part of what they say separates them from other companies that can do data mining but require you to supply your own context. It’s somewhat like the debate in the design management world: use a DM that’s purpose-built for custom ICs or a software configuration management system that’s been repurposed for chips? How much does the system know about your specific business?

The entire supply chain can be equipped with software so that the machines are constantly radioing results back into the database. This means that, as an OEM, you can be watching how things are going for your suppliers. There are numerous canned reports – with more having recently been released – along with newly improved ad hoc querying capabilities. According to Averna, some companies use this to get an early heads-up if there are issues brewing; others use it to cherry-pick the distribution and get the best stuff.

If you identify a problem and a fix – and, when you consider the scope of the supply chain, the fixes could be any number of things involving time, temperature, nozzle settings, test parameters, flow ordering, and even design and dimension changes – then you’ve got to get that fix into the system. If the fix is complex, it may affect multiple suppliers. Even if simple, it could still impact alternate sources. So this is where things get a bit weird: Proligent can actually reach into the supply chain and change machine settings.

We’re not talking about issuing new little instruction cards for operators; we’re not talking about writing a new recipe or doing a new training course. Nope, skip all that and simply dial that knob. Obviously this happens only with the supplier’s consent. Still, it’s as if you were cooking pasta at home and suddenly the stove turned off because your mother-in-law was remotely monitoring your every move and decided the pasta was cooked enough and you were about to ruin dinner and her entire life if she hadn’t stepped in.

The third piece of their system handles enforcement. You can build in flow models and business rules and enforce them. You can trace the provenance of individual products, which presumably makes it easier to identify and sequester any questionable material.

One of the things they just released was what they call their Data Integration Technology. This creates a “canonical” format for both data and control. Which addresses the fact that all of the pieces of equipment speak different languages. So they step in as the interlocutors, attempting to provide a lingua franca for smoother integration. This way they do all the translations to and from one format, minimizing the mixing and matching.

It would seem that the implementation of a system like this would be a big job. But the kinds of companies that would use this – mostly consumer, aerospace, medical, and automotive folks that need either impeccable safety and/or strong brand defense – typically already have their own home-grown systems. So it’s not so much that the company has to learn a whole new way to do things, but rather that they need to replace the old with the new. Which still takes several months because most companies want things customized, just like with any similar enterprise installation.

In the end, you have the potential of tying your supply chain together into your own virtual factory. Well, while it’s convenient, anyway. If things get too far off the rails, you still have a modicum of plausible deniability.