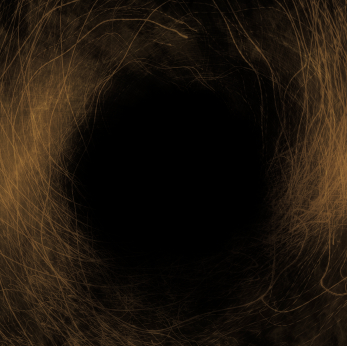 A Look at “Black Silicon”
by Bryon Moyer

There’s no such thing as “true black.” I mean, there’s the idea of it, the aspiration, but, so far, we have not been able to create a pure black in the real world. The bizarre realm of carbon nanotubage has gotten us close –  very close – but still: it’s only close.

True black means that no light – nary a single photon – reflects off the surface. It’s all captured and absorbed. While this might have interesting artistic and philosophical ramifications, it also has a serious, practical impact. The good news is that, from this pragmatic standpoint, getting closer is still really good: we don’t need to be purists. (Philosophically, well, you’re on your own.)

There are plenty of times when we want to capture light. Sensors are the most obvious, and these rely only nominally on the amount of light they can grab. Obviously, more light is better, but, if you have less light, you can amplify electrically (with the attendant noise and precision issues).

But less forgiving is the generation of electricity using light: here the amount of light determines the amount of energy, pure and simple.  You can’t amplify the energy electrically (without using more electrical energy). So you want to be able to capture every possible photon.

But just capturing the photon isn’t enough: you have to be able to convert the energy of the photon into electrical energy, and that’s not a trivial thing to do. Particularly with silicon, many absorbed photons will sail right through the silicon, doing no good to anyone.

Black silicon attempts to overcome these issues. But exactly how and why it works has been explained a number of different ways, and, while all of the explanations likely contribute, I have yet to see one of them unequivocally identified as the sine qua non of the process.

So we’ll look at all of them. But to get a handle on one of the less intuitive ones, it’s probably better if we start with the reverse process: using electric current to generate light in an LED.

[I should issue some caution here to say that what follows is my cobbling together of lots of bits and pieces of information, mixed and reshaped to make sense as a whole. Specific attempts to have various elements clarified by participants in this business went into, well, a black hole.]

Going back to the very basics of semiconductors, we know that when a diode conducts, electrons are coming in one side and recombining with holes coming in the other side. (OK, there are no holes traveling through the wire, but we pretend there are.) When the electrons and holes recombine, the electron moves from the conduction band (where it is free to move about the cabin) back into the valence band (which fills the hole and remains there until the captain has turned off the seatbelt sign). It loses energy in the process, since, by definition, being in the valence band is a lower-energy state.

With certain materials, this lost energy is released as a photon: this is, by definition, an LED. But you may observe that silicon hosts more diodes (or depletion regions in general) for recombining electrons and holes than any other material, and yet our silicon doesn’t glow like a raver stick. Why is that?

The materials that we use for LEDs are said to recombine radiatively – they radiate photons. Recombination in silicon isn’t radiative. That’s because of the nature of the silicon bandgap.

LED materials are said to have a direct bandgap. All it takes is a photon to knock an electron into a valence band, and that photon is re-radiated when the electron drops back into place. But silicon (along with various other materials) has an indirect bandgap. Understanding in great detail what this means will drag you into the murky world of crystal momentum and Brillouin zones and some rather nasty-looking calculus; the crystal math may drive you over the edge.

My simplistic view of it is like this: a crystal lattice plays a part in how energy gets transferred. If you poke one atom, it will move slightly, but snap back into position when it can. But the slight movement out of position shoves its neighbor a little bit, and that neighbor shoves its neighbor a little bit, and a wave passes through the material. That wave is even credited with a pseudo-momentum, “crystal momentum.” Because this is a longitudinal pressure wave, it’s the same basic mechanism that generates what we perceive as sound from air, so these lattice excitations are referred to as phonons.

With an indirect bandgap, the movement of an electron between bands can’t occur based only on a photon: it needs a phonon as well. It’s as if the photon accounts for moving the electron up or down, but a phonon is needed to move it a bit to the left or right to get it into or out of the conduction band. Said another way, you need to give the lattice a little nudge to get this to work. These may not be physically accurate descriptions of what is happening, but they give you an intuitive idea of what’s at play.

It’s very hard to coordinate these phonons with the photons, so it’s unlikely that a phonon will come coursing by right as a photon is being emitted, meaning that silicon really can’t act as an LED. Likewise, absorbed photons aren’t likely to be turned into moving electrons – they will more likely simply generate heat in the silicon or pass through and disappear into whatever material lies behind the silicon.

The heat generated by some of the photons causes lattice vibrations – also phonons – which can assist other photons in bumping electrons into conduction.  Adding dopants can also help, since that pushes the lattice around in a permanent way. They can even change the amount of energy required to dislodge an electron and get it moving.

All your photon are belong to us

Black silicon originated, like so many things, as a by-product of something else. When using reactive ion etching to drill holes and trenches and such, you want nice clean surfaces when you’ve finished. Some processes leave the result anything but smooth, and, in some cases, the surface ends up looking like a forest of tall, microscopic pillars or needles, possibly created by bits of debris blocking the ion bombardment.

A Harvard team then found that, by using a laser in the presence of sulfur hexafluoride and other secret ingredients, they could create black silicon with a surface of cones instead of needles. They would use very short (femtosecond), strong pulses of the laser. Critically, it appears that brief melting occurs, incorporating the sulfur and other dopants into the silicon in far higher concentrations than you can normally get, and the silicon re-crystalizes before it can reject the impurities. These crystal interlopers dramatically increase the number of electrons freed up when light hits it.

They increase the sensitivity to infrared light in particular, since an infrared photon shouldn’t be energetic enough to push an electron out of the valence band. So, not only are more photons being converted to electricity at visible wavelengths, but the energy required has gone down too, allowing more of the spectrum to be used productively.

This change in the bandgap properties of the silicon is one of the mechanisms that make black silicon a promising material, particularly for sensing infrared light. It results in more of the photons within the silicon being converted to electricity. But there’s another effect that also has an impact: the very shape of the surface itself.

With a smooth sheet of silicon, many of the incident photons simply bounce off the surface. The presence of the cones captures a far greater percentage. I’ve seen it explained as 1) causing the photons to bounce around in the needles, eventually being captured and 2) providing a gradual change in refractive index rather than an abrupt change (and the former could simply be the underlying mechanism that gives rise to what appears to be the latter).

Because so many photons are absorbed, the surface appears black. Hence the moniker. So we’re not only converting more of the electrons we capture; we’re snaring more in the bargain, providing a bigger supply for conversion – double bonus.

Finally, there’s the matter of gain. It’s possible to cause a cascade of electrons by applying a bias that causes one stimulated electron to crash into another, knocking it out and sending it crashing into yet another, and so on, creating an avalanche of electrons. The nice thing is that you get more bang for the buck: one photon stimulating one electron results in far more than one electron in motion. The downside is that you need a healthy bias to get this process rocking.

There’s a similar, but different, process that goes on with black silicon, allowing amplification at a lower bias voltage than needed for avalanche. This is referred to as photoconductive gain. Specific information on this process is not easy to find, but it may well be a simple manifestation of the photoconductive effect, where mobility increases in the presence of light. So it takes only a slight bias to establish a current that can be modified by impinging light, and you end up with a stronger signal than that generated purely by electrons being knocked about.

So that’s a summary of what black silicon is all about: a material that is better at capturing and converting light to electricity across a wider region of the spectrum. As to who is doing anything about it, there appear to be two different groups developing this technology – one for solar cells, one for infrared sensors.

The Solasys project in Europe has the goal of making solar cells both more efficient and less expensive to produce. Texturing surfaces, which has been known to help efficiency, has traditionally been done with chemical etches; the new laser technique can eliminate the need for many of the chemicals. In addition, the laser process doesn’t depend on the crystal orientation of the underlying silicon in the way that many of the chemicals do. This means that it can be used on poly-crystalline or even amorphous silicon just as effectively as on single-crystal silicon.

Meanwhile, SiOnyx is using this to develop better infrared sensors. They’re the name more commonly associated with the process, having spun out of the Harvard group that identified the secret dopant recipe.

It’s not clear when all of this will turn into product on the shelf, but the Solasys project is due to report out in August, so, unless that gets delayed, they’re nearing the finish line. Until then, it seems that the information flow may continue in its current state of blackout.