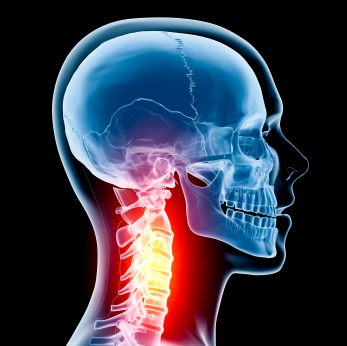 [Editor’s note: this is the third in a series of articles derived from a session at this year’s ISSCC that focused on sensors and energy harvesting. The prior article dealt with smart braces. For more details you are referred to the ISSCC proceedings.]

Ever get that feeling that your doctor is looking right through you? I guess that’s the purpose of an X-ray, so he or she can be forgiven for that in this one case.

We’re used to the old-fashioned film that gets slammed into the clips above the lightbox for viewing, accompanied by caustic commentary by the likes of Dr. House. But there’s no reason why this technology can’t go digital. After all, light detection is not new technology. But there appears to be work remaining to make X-ray detection reliable, cheap, and low-power. Hence a project by Bart Dierickx et al of Caeleste and the Vrije Universiteit Brussel, both in Belgium.

X-rays are, of course, simply energetic photons. Detecting these photons is a matter of having them interact with matter and converting the photon stream to a current. More specifically, each photon’s energy creates a charge packet. These packets get created all the time, of course, when light impinges on a semiconductor. And usually they’re unwanted “photon shot noise.” In this case, they’re useful.

There are two ways to detect the X-ray photons: directly and indirectly. When detected directly, a special high-impedance photoconductor or photodiode is used, and the charge packets are created directly from the photon. Each such packet consists of somewhere in the range of 5000 to 40,000 electrons. These electrons are typically processed on a separate substrate in a hybrid package.

There’s a cheaper and easier way to do it, however, which is the indirect method. This is a two-step process involving a scintillator placed over a photo-detector. A scintillator is a transparent material that can absorb X-ray photons and re-emit visible-light photons. These visible photons can be detected by a simple silicon detector. So the X-ray photons get converted to visible light photons, which are then detected and turned into charge packets.

The problem is that the visible photons are much less energetic than the X-ray photons, and the charge packets they create have far fewer electrons, in the range of 100 to 1000. So not only are they harder to detect, but it’s also harder to distinguish them from other truly unwanted noise. The “noise floor” has to be below 100 electrons.

This is the main problem that the team set out to address with the project they presented.

But there was a secondary issue they also wanted to address, something that has more impact for an array of detection pixels: the size of the pixel itself. The intensity of the X-ray signal is determined by counting the number of charge packets arriving. An implementation using a standard digital counter ends up costing hundreds of transistors. They wanted a smaller solution.

While they tried various pixel configurations, they all consisted of three basic elements: a pulse shaper, a comparator, and a counter.

The high-tech-sounding pulse shaper is simply a circuit that creates a detectable pulse in response to a charge packet. It was built using a capacitive transimpedance amplifier (CTIA). And, for those of us who have spent a few years since our last op amp class, a TIA is an op amp configuration that can be used to convert current to voltage by driving the input current (on the negative op amp input) through a feedback resistor. Replace the resistor by a capacitor, and you essentially have the same thing, only now it’s responding to charge pulses.

They still needed a feedback resistor to set up an RC circuit so that they could get a well-shaped pulse. They chose a capacitance that would give a decent voltage response to the charge – which was a mere 0.1 fF. The resistor had to be large enough to give a decently wide pulse – and that meant something on the order of a gigaohm – not practical for a standard poly or diffused resistor.

So instead of a simple resistor, they used the high output impedance of an operational transconductance amp (OTA, ordinarily used to turn a differential voltage into a current – that is, a voltage-controlled current source) to provide the necessary relaxation time. Kind of crazy to think that such a seemingly more complex circuit would be more efficient than a honkin’ resistor.

The other challenge was the counter. Instead of a digital counter, they created an analog one that had enough accuracy that there was really nothing lost by not going digital. The counter started by pre-charging a node when reset. Then, with each count, off a bit of the charge would be drawn off. The pre-charged node would gradually step down with each hit, dropping off inversely exponentially (that is, each drop would be slightly smaller than the prior).

The thing about this counter was that it took only three transistors and two capacitors; the entire pixel went from being hundreds of transistors to somewhere between 27 and 49 (depending on the pixel variant).

Some of the pixels also had their inputs capacitively coupled to a voltage pulse generator so that a known, precise charge packet could be injected for calibrating the pixel. They also used visible light pulses in the lab to characterize the pixel performance. With a per-pixel power of 2 to 20 µW, they could detect a pulse every few µs. They could increase that sensitivity, but that would come at the cost of power.

The nice thing about having such sensitivity is that, especially in medical applications, it means that smaller doses of X-ray can be used, limiting patient exposure over time. Or increasing the number of X-rays that can be ordered up without harm (time to buy stock…). So, even with this technology, your doctor