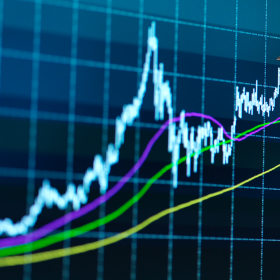 The whole purpose of designing new computers, gadgets, and gizmos is to sell them. I think we can all agree on that. Unless you’re employed in research, your job is to design something that other people will buy.

But that simple value equation is getting complicated. Not all new gadgets are getting sold, exactly. They’re more like… rented. Or subsidized. Or sponsored. Or as I like to think of it, we’re emulating heroin addiction: the first fix is free, but after that it gets really expensive.

Take cell phones, for example. Almost any cell phone today is subsidized by the wireless carrier. In exchange for a two-year service contract you get a shiny new phone for $99 or $199 or maybe even free. The hardware obviously costs more than that (iPhones cost about $190 just for components), but it’s worth it for AT&T to eat that cost in exchange for two years of your indentured servitude. In short, they make more money collecting rent on the airwaves than they lose by giving away Apple gadgets. You’re paying for the phone, all right, but it doesn’t feel like it.

Old-timers call this the “razors and blades” business model. A more modern example is ink-jet printers. Brand new printers sell for $49, surely less than they cost to build. (You can’t even ship an empty box to China for $49.) Yet the replacement ink cartridges can easily exceed $40 a pop. Indeed, printer ink is one of the most expensive fluids in the world, more costly per ounce than champagne, blood, or single-malt Scotch. That’s almost all profit, which is why Canon, Epson, Hewlett Packard, and other printer makers protect their ink monopoly so vigorously.

So there are plenty of ways to disguise your product’s true cost. You can up-sell accessories or upgrades, or you can provide content that only your gadget can access (think iTunes or Kindle store).

Consider the clever Scandinavian subway “insurance” scheme. Like most European cities, Oslo and Stockholm have extensive public-transit systems that work on the honor system. Riders are supposed to buy a ticket but agents rarely collect them. Unlike the New York subway or San Francisco’s BART, there are no turnstiles or full-time ticket takers, so it’s pretty easy to dodge the fare. If you’re caught cheating, however, the fine is painful.

This creates an environment for an unusual business model: group cheating insurance. Riders can pay a modest monthly fee, and, in return, the group will pay the fine if they’re ever caught riding without a ticket. It’s entirely unofficial but works very well. Statistically, this is a good deal for riders, because cheaters are caught only infrequently and the fine is greater than several months’ fees. Ethical concerns aside, it’s good business. Mafia protection rackets work in roughly the same way.

Then there’s the business model of hidden costs. In my town, a subscription to the local daily newspaper is cheaper than buying individual copies from the newsstand. This creates an unusual situation where I get something for nothing—less than nothing, actually. Not only is personal, daily, hand delivery to my doorstep completely free, it’s actually cheaper than doing it myself. I’m being paid not to fetch a newspaper.

The newspaper publisher subsidizes my deliveryman because they want the assurance that I’ll buy an entire year’s worth of papers. Budget predictability is apparently worth a lot to them.

The ARM microprocessor’s early success was due largely to its unusual (for the time) business model, not its technology. ARM was one of the few 32-bit processors that could be licensed, so it appealed to Nokia and other large firms designing their own ASICs. While everyone else was selling chips, ARM was selling recipes. It was the contract, not the schematic, that made the difference.

Video-game consoles like PlayStation, Xbox, and Wii also use an interesting model. They sell for less than a cheap laptop PC, yet they have far more advanced hardware and better performance. The console is sold at a loss, but the games are licensed at a profit. That’s why independent programmers can’t create console games without an official license. Unlike with PC software, the hardware maker takes a cut of all the software deals for its system, which allows them to sell high-end consoles at a loss but make a profit in the long run.

Could this business model work with your product? Could you give away radios but sell access to the radio stations? Which, come to think of it, is exactly how satellite radios are promoted.

Over here in the nerd-news business, we also bump into weird business models. You’ve no doubt noticed that you’re reading EEJ for free. And yet we pay real money for our hosting service, telephone system, software licenses and so on. I’m also pretty sure I get paid. So if the money isn’t coming from you, where does it come from?

If you’ve guessed advertisers, you’re right on. A lot of publications—and almost all of the free ones—are completely ad-supported. Bizarrely, it’s sometimes advantageous for dead-tree publishers to give away extra copies of their magazines in order to bolster circulation, which advertisers like. It’s almost like getting paid to give away paper.

Most glossy magazines split the difference: readers pay some of the cost and advertisers pay the rest. That’s why your subscription to Car and Driver only costs around $25 a year, even though glossy magazines like that are expensive to produce. The more specialized the publication, the cheaper the subscription, because advertisers are willing to pay more for a well-defined audience. So it costs more to read Time than Weasel Fancier.

Ad-driven publishing sets up an obvious conflict of interest: if the writers of your favorite nerd journal are getting paid by the advertisers, how do you keep them honest? Won’t they just pander to the advertisers, who are ultimately holding the purse strings?

The answer is elegantly simple, and is known in publishing circles as the Chinese Wall. In short, you keep the ad salesmen away from the writers and vice versa. The two factions never meet, so there’s no danger that the brilliant, talented, and morally pure scribblers will get tainted by filthy lucre. I’ve worked for large publications where the writers and editors were on a different floor of the building from the sales and advertising staff. We literally never met, and wouldn’t recognize each other in the same elevator. Before I could proofread any pages, the ads were blacked out so that I never knew what companies were advertising or where the ads might appear.

It works the same here at EEJ. I’m out of the loop, with no clue what ads will appear on this page. You could say I don’t know where my next paycheck is coming from.

If your next product is going to be expensive, explore some alternative business models for bringing it to market. The value of the product might not reside where you think it does, or where your customers think it does. Subscriptions, subsidies, service agreements, and other sleight of hand all serve to obfuscate the true value equation. If you’re willing to forego simple purchase transactions for more subtle (but potentially lucrative) business models, you might really help your product’s chances in the market.