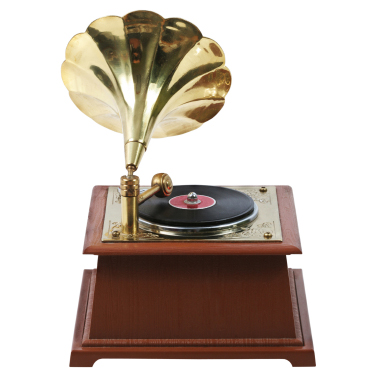 It’s not the features, stupid.

We all want to make better products. Hell, most of us would be happy just shipping the product at all, never mind making it better. A friend working at Philips Electronics likes to tweak the company’s cheery tagline, “Let’s Make Things Better,” with the simpler and more trenchant, “Let’s Make Things.” Sometimes the great is the enemy of the good. In other words, let’s just get this thing out the door and worry about improving it later.

That breather between projects—the time when you’ve completed one project but haven’t started the next one—is a great time to stick your head up, prairie-dog style, and take a look around. Get a whiff of the market trends, engineering advancements, and social memes that have transpired while you weren’t looking. It’s also a good time to decide how you’re going to one-up yourself and improve your just-completed product. What’s going to go in revision 2.0?

Here’s a hint: it’s probably not the features. It’s the usage model.

Really successful technology products are usually a big hit because they’re used differently than other products, not because they have better features. Compare an iPod to a CD player. Which one provides better audio quality? The CD player, of course. Which one has more buttons, LEDs, and options? The CD player wins again. Which one is the most profitable thing Apple ever created, and which one do your friends, kids, and colleagues want? The iPod, naturally.

That’s an easy example, but it makes the point that better features aren’t the way to make things better. The iPod (like all similar MP3 players) was a big hit because it was used differently than a CD player, Walkman, boom box, or radio. In nerdy terms, it was a different usage model, and that made it stand out. A marketing person would say people don’t buy features, they buy an experience, and that’s largely true. The iPod provided a different sort of user experience and succeeded in spite of its shoddy audio quality. Ages ago, the first cassette players did the same thing, combining bad audio with novel portability.

Compare Microsoft Office to Google Docs. Google Docs isn’t nearly as good or as fully featured as Word or Excel, but that doesn’t matter. While Microsoft focuses on ever-more-irrelevant tweaking, Google comes up with something that’s accessed in a different way. Personally, I use both: Word is for writing but Google Docs is for sharing notes or spreadsheets with others because it’s so easy to access from anywhere and it doesn’t require downloading, opening, editing, and re-uploading.

Plus, Google Docs knows what to do when two or three people change a document at the same time. It’s far more elegant than the awkward file swapping and who-did-what revision sleuthing that Word documents require. This has nothing to do with esoteric features or menu structures or user interface or file formats, and everything to do with how you use it. Google Docs has lousy features compared to Word or Excel. And I don’t care.

Even Honda benefited from this. Early Honda motorcycles were cheap and underpowered, no match for the American or European motorcycles of the 1950s. So Honda sold its bikes through sporting-goods stores, not motorcycle shops. Voila! Suddenly the stores have a new, high-profit item to sell and customers have access to an inexpensive motorcycle they wouldn’t have seen otherwise. Features? Bah! It’s cheap fun! Convenience trumps quality.

The list goes on and on. How about YouTube versus HDTV? Put your hand up if you thought “progress” would mean watching tiny, grainy, monaural videos on a cell phone instead of high-definition progressive-scan with 5.1-channel surround sound on a home-theater system.

It follows, then, that if you’re tweaking the nth generation of your product features, you’re probably focusing on the wrong thing. In this business, anything that’s been around for x years (where x is somewhere between 5 and 15) is probably beyond improvement and about to be overtaken by a different usage model. You can’t tweak your way to stardom.

The classic business school case is railroads. A century ago, railroads saw their business as running boxcars on rails as cheaply and efficiently as possible. Consequently, their business dwindled as automobiles, trucks, and airplanes all ate into it. The upstarts didn’t use rails, but they did move freight, and that’s all the customer cared about. Adjusting rail gauges or fine-tuning the dimensions of the boxcars wouldn’t have saved the railroads. They needed to raise their level of abstraction, to use an EDA term, and look at what they provided to the customer, now how they were providing it. Focusing on how leads to tweaking; a focus on what leads to innovative products that stay ahead of the competition.

The only question now is, how do you focus on the what?