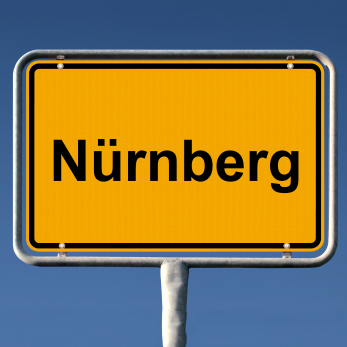 Until the coming of the railway, many European towns, in addition to their regular market, would have an annual fair. These were important events, with merchants travelling long distances to sell exotic goods. The privilege of holding a fair was jealously guarded, and the license or charter was given or withheld by a ruler. In my home town, Winchester, the Bishop had the license for the fair and charged the traders rent. To ensure that they got value for their money, the Bishop closed all the normal shops in the town for the duration of the fair.  In time, some of the fairs became known for specialisms: for example Frankfurt was the centre for books. Generally, across Europe, the general fairs either died out or were turned into social events, with Ferris wheels, shooting galleries, and other ways to take the public’s money. But in Germany, for some reason, trade fairs flourished. So much so that Hannover Fair, a general purpose industrial event, was set up rapidly after the Second World War in 1947 to generate trade and replace the Leipzig Fair, then stranded in Russian-occupied East Germany. It has multiple “sub-fairs” within the one huge event, and, with the growth of the importance in electronics, it split off CeBit as a separate event in 1985.

As electronics grew elsewhere in Germany, new specialist fairs were created. In the electronics centre of Munich, Electronica and Productronica have become established as major events. And in Nuremberg, embedded world has carved out a niche as the world’s leading event for the embedded industry. In early March this year, some 19,000 people were in town, talking to some 800 exhibitors over three days. Both figures are part of a continuing trend of growth, and the exhibitor figure may be an underestimate as people on some of the shared booths did not seem to feature in the catalogue. Unlike other events where the conference is the main event, with an attached trade show, in Nuremberg the conference takes a second place to the four crowded halls of exhibition booths.

People visiting the event aren’t just drifting around looking for something interesting, although if you are in a hurry to get to a meeting, it sometimes seems like some may be. Visitors go with an agenda, often have pre-arranged meetings, and frequently are required to write a report when they return.

What were these people talking about? What I kept hearing was ARM and multicore – often in the same sentence.  ARM has had a strong showing for many years, and many of the big processor and controller companies have traditionally used embedded world to announce their latest and greatest ARM-based chips.  This year, after, but not connected to, Microsoft’s ARM announcement, there was a raft of announcements as big boys, like ST, Fujitsu and NXP, extended their licensing agreements to take in the bigger and more complex Cortex devices and committed themselves to working with ARM in the development of further cores. In conversation with people from ARM, they stressed how important these relationships are, not just for next year’s  revenues but also in guiding their thinking in what needs to be included in future implementations. It is always chastening to think of how long it takes for an ARM core announcement to turn into serious revenue, as the core has to be designed into silicon and that silicon has to be designed into products and the products sold to users before royalties flow back up the chain to ARM.

Today, the people implementing ARM are doing so in a wide range of devices, from big, powerful beasts chewing through vast quantities of data to the very low-power processors of companies like Energy Micro, who is using ARM’s Cortex M0 for its ultra-low power Zero Gecko family.

Board companies are always strong at embedded world, with companies such as Kontron and Congatec unveiling yet more variants on different board form factors, architectures and functionalities. And if you can’t find a board that does exactly what you want, then they, or their rivals, will be happy to run up a custom board. Still on the ARM theme, it was notable that while, for a couple of years, board announcements have stressed Intel’s Atom, this year there was a stronger emphasis on boards with ARM-based processors.

The people implementing ARM-based processors all point to the tool chain as an important part of their decision to go along the ARM root, frequently mentioning companies like IAR. (Interestingly, they rarely mention Keil, perhaps because it is now accepted as a part of ARM.) For a long time, market surveys have shown that developers might choose a sub-optimal processor if they can continue to use their existing tool chain. The rationale is that the cost of buying and learning a new tool, both in cash and in project development time, is far greater than having to make compromises on the processors.

IAR has always been able to square the circle by offering support with familiar tools as soon as a new processor is announced. A sign of the times is that while IAR has always provided the IAR Embedded Workbench as an integrated development environment, it is now also offering Eclipse integration as an alternative.

The microcontrollers using ARM cores are always offered as families, with a mix of IO, memory, DSP, and other features to match the applications that the developers are working on. But even when these families have 40 or more members, life being what it is, there will always be times when there is no perfect match or where the final configuration is not clear to the implementor. These are two of the cases that Xilinx is addressing with the new Zynq family. Xilinx is calling the approach the Extensible Processing Platform, and it is firmly distancing it from its existing families of FPGAs. While the bigger FPGAs from all suppliers now have processor cores built in, Zynq reverses the approach by providing a pair of ARM Cortex A9MP (Multiprocessing) cores with a wide collection of hard-wired IO and an area of programmable fabric. Within this fabric are DSP and other functions: the end result might have been called a field configurable microcontroller. There have been many attempts to do this, with hard-wired cores within an FPGA and attempts to add programmable areas within ASICs/SOCs, but these have been only partly successful. With 28nm technology and the twin ARM cores it looks as though Xilinx has managed to hit a sweet spot (also allowing us to talk about ARM and multicore in the same part). There are signs that similar parts may be on the way from the other FPGA giant, Altera.

One of the problems with multicore is that there multiple ways of implementing multiple cores, and the debate on the difficulty of programming and debugging multicore devices must be either so general as to be useless, or so specific as to be valid only in a small area. (Look out for more multicore discussion here in the run-up to this year’s Multicore-Expo alongside ESC in San Jose in May.) One of the issues that is regularly cited is the difficulty of using multiple homogeneous processors, like Intel’s multicore offerings, to speed up legacy code. One company that claims to have a way to do this is Vector Fabrics of Holland, whose vfThreaded x86 tool is designed to get programs rapidly parallelised and running on x86 platforms.

Any report on a show as big as embedded world is necessarily a series of impressionistic snap shots, like this report. What is clear from this year in Nuremberg is that the embedded engineering field is vital and vibrant. It is also interesting that the organisers have continued to invest in the future of the industry by setting up a student day, when 1000 students from Austria and Germany were given a special programme, including their own lectures. Many shows and exhibitors treat students as a necessary nuisance: embracing them is a positive move and shows again a maturing industry.