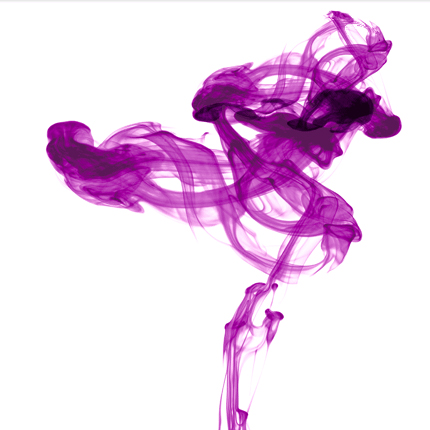 Mapping Out Research in Northern Europe

A High-Level Look at IMEC
by Bryon Moyer

There’s a large technology organization in Europe that doesn’t sell anything tangible. In fact, it’s not a commercial entity at all. And yet they create press releases by the dozens. On any given morning, I may hear the rattle and thump of five or six releases falling into my email inbox like so many library books tumbling through the return chute.

And they cover all manner of topics. All of them leading-edge process related, but, other than that, they can be all over the map. And there are too many to keep up with from a long feature article standpoint. So I watch them come in and scratch my head and say, OK, I kind of see what they’re doing, but what are they about really?

The organization is the European research institute IMEC, which stands for Interuniversity MicroElectronics Centre, headquartered in Leuven, Belgium. Their charter is to take research that is nearing the end of its university life and get it ready for commercial implementation. But figuring out exactly what they’re about by reading their press releases would sort of be like trying to visualize a picture of the Mona Lisa by receiving one random pixel at a time (OK, maybe 5 or 6) until you had enough to form a recognizable image. (Only she’s moving, so the pixels have a shelf life.)

While at ISSCC a couple weeks ago, I got a chance to talk with Director Jo De Boeck from the Holst Centre, one of their branches on the High Tech Campus in Eindhoven, the Netherlands, in order to get a better high-level perspective on what’s going on here. He describes IMEC as a partnership – he takes pains not to call it a consortium – between companies trying to contribute to bleeding edge technologies.

The main partners in IMEC are guys with fabs: foundries and integrated device manufacturers (IDMs) – companies like Renesas that still do their own manufacturing. But as we reach down into the gnarly sub-20-nm nodes, it’s even getting hard for fabless companies to act like they’re truly fabless. There is so much process dependence that they’re getting tied deeper and deeper to the realities of manufacturing. So they’re starting to join the cadre of participants at IMEC.

The mission of IMEC is pretty straightforward: implement the ITRS roadmap. There are always a number of unsolved problems along that roadmap, and it’s IMEC’s goal to clear those away. But, by definition, that means investigating approaches that are unproven – and some of which may prove not to work.

The role universities play here is to establish proofs of concept. So, for example, while IMEC is involved in MEMS (micro-electromechanical systems) development, NEMS (nano-), largely a carbon-based world, is still in the university stage, not yet ready for transfer to industry.

For university technologies that are within roughly a five-year window of commercial use, IMEC takes on the role of establishing viability. Just because it works in the university lab doesn’t mean it can be done reliably and profitably in the “real world.” So the first phase of any such program is to establish whether it can or cannot be done in an industrial setting. If not, then it is set aside in favor of alternatives (or with a mandate to find alternatives).

If it is viable, then the goal is to develop an early platform that will be the basis for future work either by IMEC or by the companies that buy the research results and continue to build on them. Jo says that IMEC has become a model for such research institutes and that other institutes have come to them to model their own operations after IMEC’s.

Of course, you could ask why individual companies don’t work with the universities directly to gain a competitive advantage by doing all the commercialization work themselves. The problem with early research – even when the way has been laid by universities – is that it requires much work on inordinately expensive equipment. In fact, there’s almost this no-win situation where the equipment you need to get production going doesn’t exist commercially until the commercial process has been developed. These are seven- and eight-digit machines that will probably not be used for production and may not be usable for many technology generations.

So it’s kind of wasteful for each company to buy a whole research lab, get a process running, and then replace a bunch of it for the next go-round. This is where the partnership comes in. Companies invest in a program; IMEC builds the building, installs the equipment, hosts the research, and then sells the results. While the partners don’t get exclusive rights to the results, they get results much earlier and for much less money, and they can still continue development to hone their own competitive edge.

IMEC was started as a non-profit in 1984 on the heels of a Belgian government initiative started a couple years earlier. Actually, according to the website, the original effort was by the Flemish government to bolster the microelectronics industry in Flanders.

Now, in case you wonder whether we’ve suddenly been transported back several hundred years (or if you’re puzzling over what a South Park, Colorado denizen is doing in this story), this is a reminder that Belgium isn’t really one country, but two – Flanders and Wallonia, with different languages (Flemish, which is more or less Dutch, unless you’re Flemish or Dutch, and French). Clearly, no credit is being given to the other side of the Belgian tracks.

As they’ve added programs, they’ve taken on something of a matrix organization, with technologies or competences acting as, say, the horizontal, and with specific applications on the vertical. Specific efforts may be needed to address an aspect of a certain technology for the sake of a particular industry, and this enables such activity.

CMOS has been their mainstay, although they’ve also done a lot of work on photovoltaics. Their MEMS and sensor activity is also growing. And they’ve got an organic program going, focusing on roll-to-roll manufacturing.

They’re also getting more interest from the medical industry. As a whole, for obvious reasons, the medical guys tend to be very conservative: lives are literally at stake. But the electronics that are increasingly becoming an important part of medicine – picture microscopic sensors coursing through your veins – are not part of their core competence, and they can therefore gain much by working with an institute like IMEC.

IMEC has also been a productive incubator of new companies. They’ve given birth to 30 new companies, and Jo says that their record of success has been good.

Jo’s role in all of this is to figure out what programs are needed and then build a partnership amongst the stakeholders. OK, let’s be real: “build a partnership” means “get money.” Despite government involvement in the IMEC’s establishment, today 85% of the budget comes from industry, with only 15% coming from the Belgian government or the European Union. So building consensus and funding based on a program with clear goals is key to making sure that the work being done has value.

The end result of all of this, for those of us not taking on the technologies, is an endless supply of press releases announcing various results, partnerships, papers, and on and on. There clearly appears to be lots to talk about.

So while I may still awaken to the sound of a hundred pounds of press release landing on my doorstep, there seems more rhyme and reason now. There remain a million details abstracted into each release, and you could spend full time figuring out everything that’s going on. But it’s certainly easier to do when you have a map of the landscape.