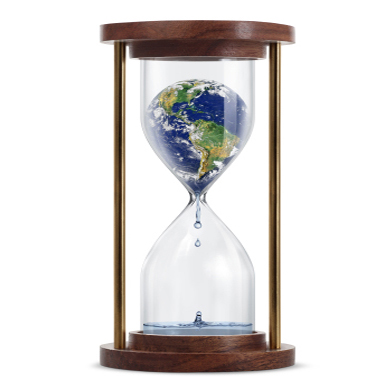 Can Engineers Change the World?

The story is often told, by both participants, that when Steve Jobs recruited John Scully from Pepsi to Apple he asked if he wanted to “sell sugar water for the rest of your life or come with me and change the world?” Do engineers change the world?

Firstly, a brief note on terminology. Engineer, in this context, is broadly defined as someone who builds new technology. (Not, as one company in England said a few years ago, a man who will come and retune your television set.) This is perhaps a broader definition than that current in, for example, Germany, where the title engineer is reserved to a qualified professional who has some form of regulatory or statutory recognition. And changing the world is perhaps changing that subset of the world that impacts human beings. Without getting into too much detail about the debate on what climate change is and how we should be reacting, most of the debate is purely from the human perspective, not that of the planet as a whole, or, in engineering terms, as a complete system.

Early this year the Institution of Mechanical Engineers (IMechE) in Britain published a document titled Population: One Planet, Too Many People. The executive summary begins with the bald statement:

The human population of the world is undergoing unprecedented growth and demographic change. By the end of this century there will be an estimated 9.5 billion people, 75% of them located in urban settlements and striving for increased living standards. Meeting the needs and demands of these people will provide a significant challenge to governments and society at large, and the engineering profession in particular.

(On the population number: it looks from some quick research as though the IMechE might be conservative in that figure. One widely used figure suggests that this year (2011) will see the world pass 7 billion. Depending on whose extrapolation you trust, the 9.5 billion may be reached as soon as 2050.)

The report then looks at what it finds as the four main issues: food, water, urbanisation, and energy. In each of these, the pressures of a growing population are going to create enormous problems: food demand, including more people wanting to eat meat, will double the demand for agricultural production by 2050; this will increase even more the demand for water (agriculture uses 70% of water consumed globally) beyond the increase needed for drinking and other use; cities will continue to grow faster than the population growth, producing even greater pressure on infrastructure such as sanitation, transportation, and education; and all of these changes are going to require massive more amounts of power. To solve these problems will require governments around the world to recognise that they exist, accept that engineering is the only route to the solutions, and then undertake the long-term investment and support that the solutions will need. The report suggests that Engineering Development Goals should be established. These are:

3. Food: Reduce food waste and resolve the politics of hunger.

4. Urbanisation: Meet the challenge of slums and defending against sea-level rises.

The Engineering Development Goals are envisaged as taking their place alongside The Millennium Development Goals, set by the United Nations in 2000 with a target date of 2015. These aim to:

Combat HIV/AIDS, malaria and other diseases

Develop a Global Partnership for Development

There are acres of up-beat web space devoted to The Millennium Development Goals and the progress made towards achieving them. (Although 2015 is only four years away and it is not clear that we will hit the targets.)

The IMechE is calling for moves towards:

2. Provide all nations and leaders with engineering expertise.

3. Help the developing world to ‘leapfrog’ the resource-hungry dirty phase of industrialisation.

These ideas don’t have the sound-bite glamour of a “sputnik moment.” But equally they are not about setting one country against another in a potentially wasteful race towards a new technology target. Instead the IMechE is concerned about looking for international co-operation to change the world.

Now I know these ideas come from Mechanical Engineers, and you people reading this are part of a totally different breed of engineer, but much of what they are talking about in their programmes is going to need a shed load of electronics: electronics in the telemetry and related systems, in the infrastructures and communication that will be needed, and so on. Electronics engineers will be needed to change the world.

At one level, EEs are changing the world, pretty much in the Steve Jobs’ way. I am writing this in England, it will be copy checked in Texas, emailed to Oregon, placed on a server who knows where, and read by you people all around the world. But is this technology helping to achieve broader aims to help change the world? It is possible to view the technology of Facebook and Twitter as one of the biggest consumers of energy, both by burning electrons and wasting human time, that has ever been invented.  But it is possible, as many people have pointed out, to use the same technology that creates flashmob pillow fights (like this) to provide an enabling technology for regime change in Egypt and Tunisia.

Should we be going beyond this? And how? In everyday life it might be difficult. Leaving aside the marketing greenwash that hails every saving of a microwatt in a new chip as a major step to saving the planet, how far are overall system power consumption issues, rather than power used by individual chips, taken into account when specifying anything other than portable and hand held equipment, for example?

Do we have enough engineers in the world? Certainly in most advanced economies the engineer is in short supply, often because of a wider lack of understanding of what engineering is and what engineers do. This is certainly the case in Britain and to a large extent in the US. I am not clear what is happening in other countries, but there are still huge sectors of the globe where literacy is not universal and professional education is virtually non-existent.

An alternative approach might be to ask whether this is anything to do with the day-to- day engineer. Surely it is appropriate that he (or she) should just get on with the immediate task and not worry about the larger issues?

A group that thinks otherwise is Engineers Without Borders. It is modelled loosely on the French-based Médecins Sans Frontieres, where volunteer doctors and nurses work in areas of the world without adequate medical services. An international umbrella group of EWB co-ordinates the activities of national groups around the world. The local groups use members’ engineering skills in a range of activities, from mentoring future engineers to carrying out projects in deprived communities across the world. It has some aspects of the Peace Corps (without government involvement) and VSO (in the UK) but also includes strong local elements. There are local EWB organisations in many countries.

There is an old joke told in Ireland about a man lost in Kerry. He asked for directions and was told, “If I were going there I wouldn’t start from here at all.” While the IMechE’s Engineering Development Goals make a lot of sense, we are in the middle of a world full of governments whose thinking is measured in months and years and who are cutting spending and closing down development projects. Electronics companies are, despite a generally lifting market, often constrained in what they can do by investors who think quarter on quarter. To meet the challenges, we need to think and plan in decades.

Is there really an opportunity for engineers to change the world? Can we really start from here? Or are we all doomed by forces beyond our control and by short term thinking to watch entropy work its will and reduce us to further chaos?

18 thoughts on “Can Engineers Change the World?”