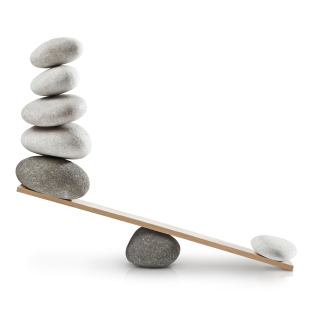 Tabula’s Tools in the Cloud

Taming the Task of FPGA Design Support
by Kevin Morris

It would be easy to write off Tabula’s announcement that their Stylus FPGA design tool suite will be exclusively available via a cloud-based service as just trying to be with the “in” crowd.  However, no matter how over-used “in the cloud” may seem as a software-delivery buzzword right now, delivering a full-fledged FPGA design tool flow exclusively in the cloud is actually uncharted territory at this point in the industry.  Last  year, we looked at Tabula’s “3D” FPGAs and speculated about the benefits of their novel architecture.  Now, they’ve released a tool strategy that is similarly creative.

We have written many times about the challenges facing new FPGA startups.  (Like here, and here) We have explained that, while many startups attract funding with the promise of new and innovative hardware architectures for programmable devices, most fail because of the enormous challenge in delivering the tools, support, and IP required to make their innovative FPGA fabric actually do something useful in the hands of a design team.  The “secret army” that Xilinx and Altera use to defend the fortress of 80-point market share is made up of applications engineers (AEs).  If you’ve designed with Altera devices before and been the beneficiary of their remarkable AE support, you’re probably reluctant to “try your luck” with an unproven FPGA company with unknown tools and less-seasoned AEs.

For a startup FPGA company to overcome this deficit and actually win some sockets, they need to have leverage.  They can’t possibly whip up a proven tool flow overnight, and they can’t hope to match the presence of the big FPGA companies’ AE armies.  So – how does a startup achieve leverage?  Delivering the tool flow through the cloud is a bold shot.

Consider this:  How many times have you been working on a design and called for support in the tool flow?  The first, and sometimes lengthy, part of the operation is often figuring out which version of the software is installed on your machine, what service packs you’ve got loaded, and how your licensing is set up.  Sometimes it matters what version of your OS you’re running, how your company’s network is configured if multiple machines are involved, and a host of other “IT” issues that have nothing at all to do with your FPGA design, but potentially everything to do with the reason you’re having problems.

If you’re doing your first design with the vendor, there are huge startup benefits, too.  If you’ve downloaded and installed any FPGA tools recently, you know that they can be enormous.  While vendors are doing everything they can to simplify and streamline the install process, there is still no getting around the raw amount of data that must be moved onto your machine and organized — and the nagging details involved in getting your installation up and working properly.

Cloud-based tool delivery takes all that off the table.

It also takes off the table the struggle with trying to explain to the AE or support specialist exactly what you’re seeing in your environment.  If you’re working on your design directly in the supplier’s server, they’re looking at the same thing you are.  They know you have the latest version of the software, they already know all about the network configuration – literally nothing in how your computing system is set up will ever be the problem.  You can send your IT group home early.  Their AE doesn’t need to fly to your location, because your design is already at theirs.

Eliminating much of the travel, centralizing the support team, and making support more efficient by having a single, proven install of the software is huge, and that’s just the beginning.  If you give permission, the vendor could use your designs as part of their regression suite.  Assuming you aren’t over-paranoid about design security, it would be pretty nice to know that the NEXT version of your FPGA vendor’s tools will work with your designs right out of the chute, with no unexpected surprises.  For the vendor, it’s nice to know that the new version they’re releasing is already proven with their actual customers’ designs.

For you, there is also the advantage of part-time access to massive compute resources.  When you are doing synthesis and place-and-route, the quality of your results often depends on how much computer power you can throw at the problem and how long you’re willing to wait.  If you manage your own hardware, it’s not very practical to have a giant network of machines ready to crunch out your long synthesis optimizations, only to sit idle for the next few months while you write HDL and do functional debug on your next project.  With the vendor’s server farm, those compute resources could be available to you just when you need them — and be working for someone else when you don’t.

Logistically, there is no practical drawback to cloud-based FPGA design.  There are no steps where huge amounts of data need to be transferred between your machine and the vendors’ servers.  Robust security measures are available to safeguard your design, and getting the final result back down to your development board is a comparatively trivial matter.  From a top-level view, FPGA tools are a very good match for the benefits of cloud-based computing.

The problem comes in for those design teams who are not ready to trust a vendor’s servers with their design data – and Tabula has worked hard to mitigate those concerns.  They have invested heavily in a secure server system and have probably accurately assessed their main customer base as being amenable to cloud-based design.  If their “spacetime” FPGAs were targeting primarily mil-aero applications, we’d be worried about a cloud-only strategy, but Tabula’s target customer will probably find that the benefits far outweigh the concerns.

Tabula’s Stylus tools have an integrated cockpit UI that provides access to all of the tool flow in a graphical environment – with complete cross-probing between various design views.  VHDL and Verilog are supported – complete with standard SDC constraint language.  Although the company’s time-multiplexed FPGA fabric seems complex (billed as “3D” FPGAs and using a 3D metaphor for the various time slices used to virtually expand their fabric capacity), the synthesis and place-and-route operate just like one would expect with conventional FPGAs.  Tabula has hidden the additional complexity of their devices carefully inside the design tools, so the flow works as any FPGA designer would expect.  The only time the 3D-ness of the architecture might become apparent is when you are doing more advanced operations like floorplanning.

The point of all this cloud-based magic is to deliver very high capacity FPGAs at a fraction of the cost of competitors’ offerings.  In theory, Tabula’s architecture could provide 8x the logic density on the same silicon area – reducing costs dramatically.  In practice, Tabula’s prices for large-capacity FPGAs are significantly lower than those of their competition, and that has already attracted a number of customers to give the new kid a try.  As more customers test out the idea of cloud-based FPGA design, it will be interesting to see how Tabula’s ideas – which sound great in theory – translate into successful designs and satisfied customers.