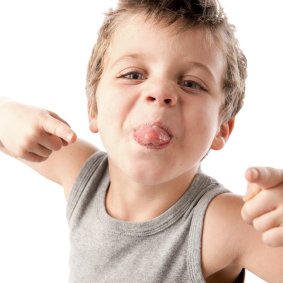 Ask someone who sells PCB software for Cadence or Mentor Graphics how often they end up competing with Altium for design seats, and you’re likely to get an answer something like, “Way more often than we’d like.”  There is a good reason for this.  Altium (formerly ProTel) has been biting the ankles of the big EDA companies, causing trouble for a couple decades on the low-end of board design tools, and, more recently, they’ve been gnawing their way up from the ankles to places where it starts to actually hurt.

Back in the ProTel days, the tools were the working-man’s PCB software.  If you weren’t into investing a small fortune in complex workstation-based board design tools, you could snap up a copy of ProTel for a pittance, fire it up on your PC, and do everything you needed to do – without having to hire a CAD department or take out a loan.  In recent years, Altium has morphed their tool suite into a complete, integrated solution for electronic product design – including hardware and software.

Now, with Altium Designer 10 – an ambitious upgrade to say the least – Altium is squarely attacking the heart of the big EDA companies’ board design juggernauts: their enterprise-class board design tools.  Up until now, the traditional EDA companies could sell their low-cost desktop board tools against competitors like Altium and have the enterprise-class system as the logical upgrade for the premium price.  With this release, however, Altium brings in a wealth of data management, library management, and team-design features that clearly bring them out of the “desktop” category – but without the big price premium.

We’ve said in the past that Altium Designer is the “Microsoft Office” of EDA.  Instead of a loosely connected chain of tools for the various parts of the electronic product design flow, Altium has focused on a single, integrated environment that runs from soup to nuts, including system-level design, FPGA design, embedded system creation, software development and debug, PCB layout, and even 3D design visualization to be sure your finished board will fit inside your finished box.  The company has taken a novel approach that espouses a forward-thinking design flow, taking maximum advantage of the flexibility of FPGA-based embedded systems, robust prototyping boards, and tight integration between the various phases of product development.  Recently, we wrote about the company’s recent acquisition of Morfik – which positions them to help us create products that integrate cloud-based client/server architectures for our connected embedded designs.

The part of Altium’s strategy that may cause the most pain for their competitors, however, is the price.  The cost difference between Altium Designer and traditional enterprise-class board design systems is huge, not even considering the additional capabilities Altium brings in with FPGA design, software design and debug, etc.  With that kind of price differential, a scary situation is created in the market.  If Altium’s system can handle your designs, you’d want to think very carefully before investing many times more cash in a harder-to-manage heavy-iron board design system.

If Altium takes a significant chunk of high-priced board business with their low-cost tools, it isn’t totally clear who wins.  Altium’s prices are so low that they’re obviously counting on huge numbers of licenses worldwide to maintain a viable, profitable business.  If they gain significant penetration in the world’s 25 or so largest system design companies, they’ll put a world of hurt on the traditional EDA companies, for only a modest revenue gain on their own.  For Altium to really succeed, they need every “fred in the shed” startup and consultant on Earth to be locked into monthly payments on their Altium licenses.  A few more seats at some huge electronics conglomerate don’t significantly change that picture.  With their business model, Altium needs to become the iPhone of EDA – high-function design available to the masses.

Among the significant changes in Altium Designer 10 (AD10) is a rich set of design data management features.  There is a new component management system that enables life-cycle tracking and dependency tracking of library parts, and a new release management system that handles the version control issues associated with sending a product to manufacturing and supporting it in the field with the inevitable revisions and fixes that occur over its life cycle.  The component database includes engineering data, manufacturing data, and even vendor data – so that the same library can be used throughout your organization.  AD10 links this data even back to the distributor, giving you the EDA equivalent of in-app purchases right from your design tool.  Distributors must love this feature!  At least, the ones whose “buy now” button is integrated right into your EDA tools.

While this grand unification of part data may sound like one of those OCD fantasies – like having all your socks arranged by color in your sock drawer – it actually pays some dividends by solving real-world problems.  We all have dealt with issues where we designed a part into our design, only to be shut down by issues like pricing and availability change, confusion over part versions, and other issues that span the gap between design and manufacturing.  On top of that, the challenges of change management – keeping track of the differences between versions of your design – have plagued anyone whose product has shipped for more than a year or two.

Altium claims that the new design data management system in AD10 handles component selection, design version management, ECO management, IP management (including issues like matching software stacks to related hardware IP blocks), and release management.  The system is built on top of a proprietary unified data model that is shared by all the tools in the AD10 suite.  In addition to the usual engineering data on a part, you can find out the price, whether it’s approved for use in your company, the lead time, second sources – and where it’s been used in your company’s designs.  Gathering all this data from the usual disparate sources is a built-in pain for most of us that we’ve long since just accepted.  Having a robust solution built right into our design tools is a breath of fresh air.

These enterprise-level capabilities are part of what Altium calls “Enterprise Vault Server,” and it’s included with your AD10 license.  The company claims the server is simple to set up and manage, and it can handle component management, design data management, and production release management for your whole operation.

As we discussed before, Altium is pushing cloud utilization on a couple of different levels.  First, following on the acquisition of Morfik, they have built features into AD10 to help you cloud-enable your embedded designs.  Second, they have moved their own licensing into the cloud, so you can manage your AD10 installation and licenses worldwide with a cloud-based application.

In addition to this cloud and data management stuff, Altium has added a number of enhancements to the core of the design environment.  The company now includes the Aldec HDL simulator, expanded IP library (including 2G/3G connectivity, GPS, USB, Wi-Fi, streaming video, and software wrappers), and a number of FPGA design enhancements including CERT code checking, CPU debugger attachment, and script access to virtual instrumentation. On the board design side, we get more team collaboration features including real versioning, merge, and check-in/check-out capabilities.  If you’re used to software design, you might be amazed that board designers didn’t have this all along.   They didn’t.

Board designers also get improvements to place-and-route, and (most fun of all) improved support for 3D “flyovers” – which can be made into movies.  Now, in addition to getting your design to production, you can submit cool special effects to istockphoto for licensing by movie producers.  OK, that’s not really the reason for this feature, but it could be fun.  Altium claims that the 3D visualization helps assure good communication about design intent – particularly when manufacturing and design are in different companies on different continents.

The company has also partnered with Atmel to deliver Atmel’s QTouch touch sensing control technology.  This capability allows you to easily implement touch-sense controls on your device, using library components jointly developed by Atmel and Altium.  Altium claims that the capability turns the lengthy design process for touch-sense control into a few minutes of design time.

Overall, AD10 is a huge release for Altium, and it should be a major pain in the side for their competitors.  Whether it will be enough to stop the flow of red ink and assure Altium’s long-term viability is yet to be seen.  In the meanwhile, however, we all get to benefit from an incredibly talented design environment at an extremely affordable price.

10 thoughts on “Stirring Up Trouble”