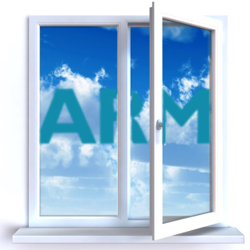 When, at CES, Microsoft announced that the next version of Windows would run on the ARM architecture, it was the signal for a commentators’ feeding frenzy. Many, if not most, of the comments came from people who saw computing as the desk top, thought ARM actually made chips and couldn’t understand that the story wasn’t about taking over from Intel.

One of the most important of the foci of these commentators, and even more for those posting comments on the comments, was the difficulty of moving the truly massive amount of Wintel software from x86/Windows to ARM/Windows. This is totally missing the point (and also ignores the fact there is already software created for the various flavours of Windows for embedded applications – although admittedly there isn’t as much of this software as there is for x86 architectures). Despite Microsoft itself threatening to move Office to the ARM architectures, the problem of moving large amounts of software is relevant only if people are going to build “PC” type things on an ARM architecture.

So why did Microsoft make such a fuss? In part it is just clever marketing: by choosing to make the announcement at CES, the company was guaranteed maximum coverage. But it is also a serious move, although not as earth-shattering, nor in the same marketplace, as the commenterati would have you think.

Last year I wrote about how the folks at Microsoft were approaching the embedded space. And one thing I learned from talking to Microsoft is that they have taken on board the view that the world is going to be increasingly interconnected, and they want to own all the operating systems within that interconnection. In retail, for example, you can go from point of sale, through warehousing, accounting, and all the other normal company functions completely within Microsoft, should you wish. Certainly that is what Microsoft wants. And to make this happen, they already have a range of operating systems that run on the x86 architectures, including a complete Windows 7 offering. (What is good about Windows Embedded Standard 7 is that is a componentized version of “normal” Windows 7: you just choose the modules you need for a specific implementation.)

But new developments such as netbooks, tablets, and smart phones – and the overlaps between each of them and with the established hardware technologies – have begun to put cracks into the end-to-end coverage. While x86 Intel architectures have scored in some of these designs, a lot of them are running on chips using ARM architecture-based processors. And these designs are running Apple or Android operating systems.

For a while it looked as though Intel was making a run at this with the Atom processor and keeping the world safe for Wintel. But Intel really doesn’t get embedded. Atom is successful only in top-end devices, where power consumption is not a significant problem. There was also a point at which it looked as though Intel was going to license the Atom architecture so that it could be built into SoCs, just like ARM. But this does not seem to have taken off.  And, unless things have changed in the last few months, the company still can’t understand that many embedded application areas, particularly safety-critical and the mil/aero markets, require that processors have product lives measured into double figures of years. And this product life should not include process shrinks and changes, since they will probably mean that the processor is seen by the end customer as a new product and may require time-consuming and expensive re-certification.

Intel, in a briefing for the latest earnings announcement, said that, “We will apply the world’s most advanced silicon transistor technology… to deliver the lowest power, highest performance, lowest cost products on the planet.” So the company does recognise that power is a problem, but whatever it does, it still has to get around the problem that reducing power and retaining the x86 instruction set seem to be mutually incompatible. Oh, and the same announcement said that the company is working on an SoC.

ARM and some of their licensees do understand embedded and understand it well: which is why for every x86 processor sold there are around ten ARM-based devices. But ARM isn’t yet a threat in the desktop market and, unlike Intel, it is not ARM that makes the decisions about which markets ARM-based devices are designed for and sold into. ARM, in consultation with the company’s customers, creates implementations of the architecture that can address markets, but a semiconductor company still has to turn the design into hard silicon and sell it into the appropriate market.

ARM devices are being talked about for the corporate server market. This market is growing at a ferocious rate, but servers chew power profligately. Even virtualisation, the technique of making a single machine look like multiple machines, hasn’t seriously dented the power needs of server centres. The server market has never been as firmly wedded to Microsoft as the desktop market has been, and it already happily runs dialects of Linux, plus other operating systems. In part this is because the Microsoft tools to run servers carry high price tags and, at the same time, don’t need many of the features of mainstream Windows. So ARM could make a breakthrough into this market with large, multicore devices that are good for virtualisation and inherently low power. But it doesn’t need Windows to do this.

As for re-implementing software, many of the bigger software developers are struggling to come to terms with how to exploit multicore, particularly the Intel implementation. They are faced with significant issues on how to re-implement and debug their software to take advantage of parallelism. In this context, an alternative hardware platform can be viewed either as yet another fundamental pain or a chance to get started down a better route.

One possible alternative set of theories swimming round in cyberspace looks at the licence that Microsoft bought from ARM last year. Microsoft can now design ARM into future hardware and run Windows on it. What will that future hardware be? I have no idea, although bloggers’ and commentators’ imaginations have run riot over the areas where Microsoft could enter a new market or could improve their existing or past offerings.

Having wandered around the subject, what do I really think?  I think that, at the very minimum, it is a strategic move for Microsoft. It is filling in some gaps in its ability to cover the market. In that case, Microsoft having opened up the prospect of new markets, it is up to others to actually build the chips and put them into products that need Windows. Maybe there is some deep-seated cunning plan that will see new products from Microsoft. That will keep people speculating for years.

For most embedded engineers, I would argue, the announcement is not a big deal. Far more interesting is the announcement that ARM and IBM are continuing their collaboration on design platforms so that companies will be able to build ARM-based chips at the 14nm node. Manufacturing is getting tougher and tougher, and making devices at 14nm is going to be hard work. But with this announcement, there is a clear road map and commitment from ARM to go from tomorrow’s 32nm products right through to 14nm.

There is one side effect of all this publicity – ARM share prices have risen, and Wall Street giant Goldman Sachs has publicly said that it expects ARM shares to go to 700 pence (around $11.00). This, a commentator on the Financial Times has said, is not good for the market, nor is it good for ARM. Investors will be buying ARM on the “star” factor, hoping to share in the growth, and when that growth doesn’t happen, the company’s shares will, inevitably, nose dive, probably from well overstating the company’s value to well understating it. This see-sawing, apart from occupying management time which could be better used, will make the company vulnerable to take-over or even a private equity buy-out. And while both of these will make some ARM shareholders rich, within the electronics industry, neither has worked to the long term advantage of the company.

In a few weeks’ time there is embedded world, in Nuremberg. On past history there will be a number of alliances announced there, any one of which will be more important to real product development over the next two to three years than the Microsoft announcement. Stay tuned.