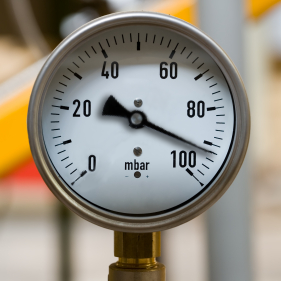 Who is Going to Make Your Chip?

It used to be that real men had fabs. The small number of companies designing chips also developed their own processes and built fabs for only a few tens of millions of dollars. If they had spare capacity they might also run other peoples’ designs through the fab. The fab price tag got bigger as processes chased Moore’s Law, the industry went through cycles of growth and contraction, and lots more people wanted to make chips. So companies were set up just to make chips. These are the foundries.

They were first used by the fabless semi-conductor companies; Xilinx, Altera and nVidia have never made their own chips. Then the integrated guys went fab-lite – retaining some fabs and buying in other capacity – or even went totally fabless. The whole thing is summed up well in Jim Turley’s piece a few weeks ago, Lost and Foundry.

But the positive mood of Jim’s piece is not unanimous. According to analyst Malcolm Penn of Future Horizons, the dependence on foundries means that the semi-conductor business is approaching a crisis. And 2011 and 2012 will see if it can be weathered.

His starting point is that it was a mistake for the major companies to go fab-lite or fabless, which he blames on lack of vision by the company management coupled with misunderstanding of the industry by the financial analyst community. A significant point in support of Penn’s views is that the companies that were taken over by private equity companies were amongst those that went fabless very quickly. Even those companies that remained publicly listed were under pressure from the financial analysts to get out of manufacturing.

In Penn’s view, companies that are going to be successful need to be planning where they will be five years hence, not just worrying about the next month or concentrating significant efforts on making the next quarter’s earnings look good. It is the short-term thinking that considers investment in new fabs and the new processes to run in them as a poor decision. It is short-term thinking that causes management to turn off the investment tap and start cutting back whenever the industry goes into one of its predictable downturns. He thinks that it is no coincidence that the two  most successful and profitable companies, Intel and Samsung, both have their own fabs and both are continuing to invest.

We have the situation where a large number of companies use fabs, but what really concerns Penn is the lack of investment in new manufacturing capacity over the last few years. By whatever measure you use, and he uses several, companies’ investment in new equipment and new fabs fell dramatically in 2008 and 2009. The investment tap was well and truly turned off, and, simultaneously, existing plants were closed down. The result was that when the demand for semi-conductors rose in the middle of 2010, the capacity to meet that demand was just not in place. It is widely known that Nissan had to stop making cars because of a lack of semi-conductors from ST. But this was just the most publicised of the problems, and the middle of 2010 is, in Penn’s view, the precursor of far worse things to come. (ST is still an integrated company, but they used the downturn to trim some “excess” capacity.)

And Penn says that there is no quick fix. Capital expenditure (CapEx) in wafer fabs, mainly by foundries, did rise in 2010, but it is still not back to the level of 2006/7. It takes at least twelve months to go from order to production, even “if everything works like a dream.” On that basis, it will be well into 2011 before the 2010 investment begins to produce commercial output. Add to this the fact that during the second half of 2010 most foundries were working at around 95% capacity and even at 97% for processes at the leading edge. If there is any growth in device volumes, it is going to be difficult to cope with. And Penn and others are predicting that the number of devices manufactured next year will rise by double-digit percentages. Process developments may mean that the number of wafer starts will not have to rise in quite the same volume, but they will still have to rise if these numbers are to be shipped.

Running at 95% capacity and above has other implications. When does the foundry’s fab find slots for the calibration runs needed to ensure that the process is working within specification? When does engineering get to run lots to develop and tune the next generation of processes?

The foundry industry is, according to IC Insights, 13 companies plus four IDMs selling foundry capacity. No matter how you cut it, the business is dominated by TSMC, with a forecast turnover for 2010 of around $13bn, a growth of around 40%. Its turnover is three times the next biggest foundry, UMC, and TSMC is in the top five of the world’s semi-conductor sales. In 2009 and 2008, TSMC turnover was half the total turnover of the foundry industry, plus or minus a few million dollars. That is domination. And TSMC is making the investment that will ensure that it will continue to grow.

The new kid on the block is Globalfoundries, formed when AMD spun out its manufacturing operation, which then merged with Chartered Semiconductor, the third biggest player. Backed with money from oil rich Abu Dhabi, Globalfoundries has fabs across the world, in Germany, Singapore, and the USA, and they are planning a mega-fab in Abu Dhabi. They have just announced that they will be investing around $6bn in 2011 (although, as we discussed, this is unlikely to come on stream until towards the end of the year or even until early 2012). Penn sees Globalfoundries as having the long term, focused vision that he fears is lacking except in a small handful of companies.

But 2011 is going to be tough. If you are a big semi-conductor company and have struck long-term deals with your foundry, you may be safe. “May” is probably the best that can be said – the semi-conductor business is not famous for its loyalty to either suppliers or customers. But even as a very big company you have a problem: you are almost certainly committed to a specific foundry for your product. What happens to you if something goes wrong? Foundries have problems: Toshiba recently had a short power failure at one plant and lost a lot of production: even a small glitch can wreck a lot of wafers. When capacity is tight, wafer costs are going to rise, which may be a problem if you are locked into deals with your customers.

If you are a small semi-conductor company, Penn is concerned that you could have even bigger problems. Even when times are good, life is not going to be easy for a small company. You are likely to be at the back of the queue for any foundry, even if you already have a relationship. If you are a start-up wanting only a small quantity of wafers for initial production, life is even tougher. Fabs prefer bigger production runs: they are simpler to control and more profitable. When the fabs themselves are bursting at the seams, as they will be in 2011 and into 2012, small lots from a new company are going to be anathema. If they can’t even run their own calibration and engineering samples, what priority are they going to give to fitting in a small run from a new company? And of course, very early on in your design cycle, you are going to need to choose a process and a foundry – you can no longer make the decision at the last moment before tape-out.

If you are a small company then you are going to need foundries, but for the big boys Penn is saying that to get round the problems of capacity, they have to grab back the confidence and vision that was so prevalent in the industry thirty years ago and start building new fabs. While industry confidence was almost like arrogance, at least the companies had control over their destiny.

To be fair, the semi-conductor industry has always been like the hero in a cheap detective fiction. Tied hand and foot in a basement with no light and filling with water teaming with venomous snakes, “with one bound, our hero was free.” But even the semi-conductor industry lives in the real world, and it is not easy, when Malcolm Penn is in full flight, to see quite how the industry is going to free itself this time. And if I were a start-up semi-company, I would be spending a lot of my time wooing a foundry.