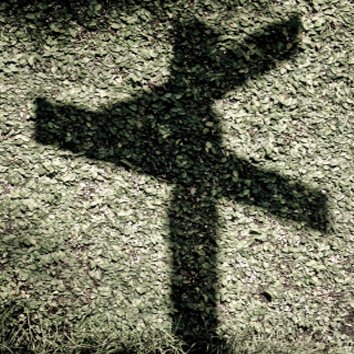 Standing at the Crossroads

Sometimes a change that might, in itself, be small assumes an importance that is greater than the individual incident. The news that Actel is to stop the further development of its antifuse process is one of those changes. Antifuse has, for twenty five years, been both Actel’s strength and Actel’s weakness. The strength is that it is a non-volatile technology and inherently rad-hard, making it suitable for high-value space and defence applications. It is also one-time programmable, making for fast start-up and smaller boards. The weakness is that it is one-time programmable — unlike those FPGAs where the SRAM holds the programme and a developer can try multiple configurations during the test process, the Actel-based developer has to throw away each programmed test device after an unsuccessful design, which can get expensive. It also means that in-service upgrade, true field programmability, is not possible

That said, when Actel started briefing that all future product lines would be developed on a 65nm flash technology, it was a significant shock – only to be overtaken by an even bigger shock a few days later when it was announced that Actel had been acquired by Microsemi. The acquisition announcement put an extension on the embargo on the technology announcement, which is why you are only now reading about it.

This means that alongside the first historic moment there are now two more: the immediate disappearance of the Actel name and the dropping of the acronym FPGA for the products it produced. Actel is now the SOC Products Group of Microsemi.

The company formerly known as Actel first announced it was working with foundry company UMC on a 65nm flash process some two years ago. By moving to 65nm, and effectively skipping a process node, it was expected that product development would be in a better position for longerterm use. UMC, along with other foundries, likes to manufacture FPGAs, using the regular structure as a good platform for process development. And as flash is a good technology to deploy in other areas, the benefits for UMC are clear.

The justification for a single platform for all their future product development is based on the way in which Actel was positioning itself in the market. The argument goes through a number of binary steps. The first is the creation of two major market divisions: terrestrial and space applications. In terrestrial the break is into deployment in the datapath and deployment for sensing and control. The datapath in this analysis is for communications applications, and requires gates, more gates and yet more gates, coupled with high speeds for signal processing. It is dominated by the two big primates with their SRAM FPGAs.

Sensing and control is used in a wide mix of industrial, medical and mil/aero applications and, by contrast, is generally dominated by the need for low power. Alongside this, there is a need for high security and reliability on many applications as well as pressure for integration of functions onto a single device. This is the market that Actel was attacking with its mixed-signal SmartFusion and Fusion parts and the low-power Igloo and ProASIC families.

In the space market, which is dominated by satellites, there is again a split, into the control bus and the data payload – the stuff that the satellite is carrying to do whatever the job is, such as communication or observation. The control bus requires radiation tolerance and reliability, and historically, Actel FPGAs have dominated here. The data payload requires, in addition, high density, high performance, and, in an ideal environment, reprogrammability. Today, much of the payload is serviced by ASICs, which lack re-programmability. Given that the quantities needed are very small by ASIC standards, the parts are consequently very expensive to deploy. The new process technology addresses all these requirements and at a lower price. It also ticks all the boxes for terrestrial sensing and control applications.

The move to a new process has been used as the opportunity to create a new underlying architecture, based on a four-input LUT (Look Up Table) with a flip/flop for each LUT. The company claims that the architecture will scale to tens of millions of gates and, with the new process, designers will be able to use a much wider range of third party IP not previously suitable for Actel parts.

One particular benefit of the new process is a significant improvement in power density. In static mode (FlashFreeze in company jargon), virtually all ICs, even the company’s very low-power Igloo products, suffer from power leakage increasing proportionately with the number of transistors. This is a standard phenomenon. The new process has, it is claimed, “broken the link between gate count and leakage.” A plot of power consumption against gates is close to flat, rising to only 0.05 mWatts at 70,000 LUT equivalents.

Flash processes are already highly reliable, with strong tolerance of radiation. The new architecture has been optimised to build on this to provide high reliability for space and for applications that are used in systems that provide life-support, coping with both total dose radiation and single-event effects.  Since flash-programmed devices do not need configuration data to flow from an SRAM, the board does not have to be engineered to provide mitigation schemes to prevent configuration bit upsets. There is built-in triple module redundancy to provide immunity to Single Event Upsets (SEU), and the architecture provides single event mitigation without any performance overhead.

As part of the launch, there was a description of the benefits for space payload applications as the most exposed and demanding potential market. The increased density means that a design can include pipelined wide and fast datapaths, and embedded DSPs will perform FIR filters and FFTs, providing payload communication and sensing activities. There is built-in support for high-speed IO and SERDES and up to 8 hard-wired SpaceWire interfaces. (SpaceWire is a communication technology for resilient networks for space vehicles.)

By extension, the features of the new process should make it very attractive to anyone developing applications that are safety critical.

Microsemi announced the offer on October 4th, and the deal closed, very quickly, on November 2nd. The official announcement of the new process was finally made on the first day of Electronica, the huge German trade show in Munich, and, at Electronica, the booth was branded Microsemi, the business cards were Microsemi, and the company used the event to bring customers (and the assembled press and analysts) up to speed on what the deal means.

When the deal was announced, a lot of people were asking “Micro Who?” In fact the first bullet point on the first PowerPoint slide for the presentations in Munich was, “Who is Microsemi?”

I can now tell you that it is a well-established (since 1960) company based in Irvine, California with a strong presence in defence and aerospace ranging from discrete devices through to analog and mixed signal ASICS and ASSPs. In the last few years, it has been building on its base by technology developments and a number of small acquisitions to gain a greater share of the market. In this plan, Actel provides a strategic fit and moves the company up a step in size.

Normally acquisitions take a long time to work well, but Rus Garcia, the Executive VP for marketing and sales at Microsemi and now also GM of the SOC Products Group, claims that, while there is no product overlap, there is an 80 percent customer overlap, and within these customers the sales teams are talking to the same people, so the integration is going very well.

At the time of the takeover, a remark made at a briefing was taken to mean that Microsemi would be cancelling some of the Actel families, and there was speculation as to what this might mean, but the speculation was uninformed by the knowledge that the new process technology was on the way. Microsemi, both with clarification statements and this process announcement, has made it clear that there will be a very long life for existing products that are going into those industries where product life is important, so that the existing antifuse products will continue to be available for some considerable time. What will happen is a sharper focus on the markets that the products address. For example, they will continue to supply the consumer market, but only those areas of the consumer market where they provide a strong differentiation (and command good prices).

Personally, and I have to declare an interest in that I was involved in helping launch Actel in Europe, it is sad to see the company and its antifuse disappear. However, at the moment, things seem to be going well with its new parent, and the people I know from the company seem to have their tails up.