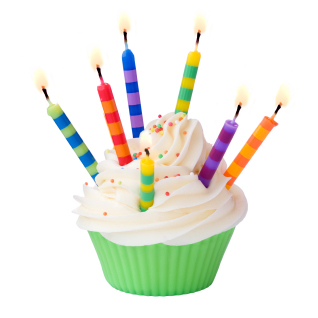 We started FPGA Journal in the wildest days of the emergence of programmable logic.  The technology had been around for over a decade, but the drama had just begun.  FPGAs had finally outgrown the “glue logic” label and were rapidly becoming effective platforms for system integration.  ASIC gates in a socket – counting NRE, unit cost, tools, design time, risk, and engineering resources – had stopped getting cheaper, and for many applications they were getting more expensive.  FPGA gates, on the other hand, were still getting cheaper at an accelerated pace.  A disruption was coming.

FPGAs were taking over the universe (or at least surviving the apocalypse).

Starting FPGA Journal as a dot-com in 2003, just after the bubble burst, was not seen by many as marketing genius.

However, creating a trade publication that had absolutely no print component – focused on a specific, high-growth segment of the electronics industry – turned out to be good business.  By some combination of converging coincidence, cleverness, and luck, FPGA Journal flourished and grew beyond our wildest expectations.  Despite economic stresses, downturns in the semiconductor industry, and other broad-based setbacks, FPGAs flourished as well.

We weren’t here just for the business, however.  This stuff is fun!  Chronicling the drama of the FPGA market is like playing a cameo role in a Coen Brothers movie.  Quirky characters with complex motives build elaborate interwoven plot lines all around you, and all you can do is stare in amazement and try to jot down a few observations as the action unfolds.

You see – FPGAs are not just the most flexible semiconductor devices since the invention of the Von Neumann processor.  They are also pure entertainment.

The leading roles in our movie are played by two large companies, and the plot is filled out with several smaller players.  Xilinx, the confident – sometimes bordering on arrogant and other times benevolent – market leader has played the part as if pulled from central casting by a brilliant director.  Xilinx expresses its expansive vision for programmable logic as a transformative technology – fanning out into every niche and corner of the electronics world, inspiring innovation, enabling engineering creativity, fueling fantastic new products, curing hunger, and creating cute little cuddly woodland creatures that cavort about making sounds so unrealistically adorable that Steven Spielberg would blush.  Xilinx talks about programmable imperatives and the “personas” of various types of designers.  Xilinx almost never mentions their competition.  Do they have any?

Altera’s character wears cool Ray-ban shades, which unfortunately contain a tiny holographic projector that makes the wearer constantly have the number “2” right in the middle of their field of vision.   Like Avis, they try harder.  They seldom talk about anything besides their competition.  Altera is about LUTs and microwatts, gigabits and nanometers.  Their FPGAs are not just fast, they’re up to 33.7% faster than the other guys’.  They aren’t just low power, they’re the lowest power of any parts in their class.  They aren’t just on the latest process node, they were the first ones to get there.  They may not be the leader in FPGAs, but they are certainly the leader in FPGA-based soft-core embedded processors.  And… and, and the transceivers on their already-announced but not-available-for-a-long-time next-generation FPGAs are most definitely faster than the ones Xilinx hasn’t announced yet for their not-available-for-a-long-time next-generation FPGAs.  Did you know their market cap is bigger than Xilinx’s?  It is.  Doesn’t that mean something?  They’re gonna be number one someday, you’ll see.  Right? Right?

Actel and Lattice prove that the FPGA movie is not a melodrama.  There are not heroes and villains, winners and losers, good and evil.  No, the FPGA world is made up of real-life companies filled with real-life people who have dreams, aspirations, ambitions, and 401K plans.  Actel plays the flanking maneuver to perfection, avoiding direct competition with the big dogs; instead, bringing an alternative technology to the table and vigorously pursuing the people that have no place for the commonplace.  If Xilinx and Altera drive Lexus, wear polo shirts and play golf, Actel owns a Prius, has a couple of tattoos and a nose piercing – but works for the government.  Now that they’re being merged with Microsemi – they may even become the alternative to the alternative.  Is their shirt red?

Lattice’s character is played by the middle brother that’s making a solid go of it – after that nasty rehab thing a few years ago.  After surviving management changes, terribly-timed global economic chaos, and a financial near-death experience, they have emerged with a new confidence, a steady focus, and a sound strategy for systematically beating the big guys at their own game – one piece at a time.  Starting with the ankles.  But hey, the Achilles’ tendons are down there.

The story also includes a rich set of supporting actors, minor characters, extras, stand-ins, and stunt men.  Distributors, EDA companies, smaller groups of bigger semiconductor companies, IP vendors, board and module developers, and academia all weave themselves into the production in random and exciting ways.  These actors collectively comprise the “ecosystem.”  On stage, they would be the “chorus.”  When we wrote about their role, we said “Psych!”

The leading role in the FPGA Journal drama, however, is played by you.  For seven years, we have enjoyed the largest, most loyal, and most interesting audience in high technology.  The readers of FPGA Journal are the innovators, the forward-thinkers, and the leaders who create the kinds of disruptive change that propel technology forward at an exponential pace – rather than a linear one.  We are beyond grateful for your continued support.  We hope we are giving something as wonderful in return.