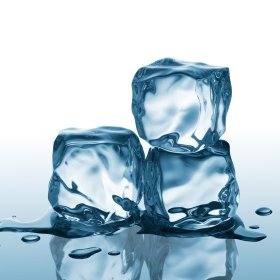 What’s more important to you: price or power consumption? With a new series of cheap, low-power microcontrollers from Energy Micro, you may not have to choose.

This low-profile Norwegian company has been making and selling 32-bit ARM-based chips for more than a year, and the parts are remarkable both for their low price (under $2) and low power consumption (measured in nano-amps in some cases). Remarkably, the company has 22 different products on the shelf, an impressive achievement for such a young company.

You can tell right away this company is serious about energy consumption. It’s right in the name over the door. It’s also in the name of the chips, called EFM32 (for “energy-friendly micro 32 bits”). It’s even reflected in the company mascot, which is… um… a gecko. Maybe the geckos in Norway are very energy-efficient.

When Energy Micro was founded in 2007, the company set out to do one thing: make 32-bit microcontrollers that leapfrogged (leap-geckoed?) everyone else in terms of energy efficiency. The company correctly surmised that the market was already full of ARM processor vendors, so making another “me, too” product was pointless. They could try to differentiate on speed by making the world’s fastest ARM chip, but that’s an expensive arms race, and victory, if it came at all, would be fleeting. Making chips with interesting peripherals might be useful, but that would mean dedicating all their efforts to a narrow product niche.

Instead, the multinational team of designers from Oslo, Chicago, and Kuala Lumpur set out to design the most power-efficient device they could. That’s no small task, since the ARM processor core design was out of their hands. And with limited startup capital, the company had to rely on standard silicon foundries like TSMC for manufacturing. So if you can’t innovate in CPU core design or silicon technology, how do you produce the world’s most low-power processor?

You change everything else. Although the ARM Cortex-M3 logic design is dictated by ARM, its low-level circuit implementation is not. Energy Micro then created its own peripherals and on-chip bus from scratch, all designed to use the least amount of power possible. Then it gave the chip five different sleep modes so users can turn off parts of the chip that aren’t in use. Finally, the company chose TSMC’s low-power 180nm silicon process for manufacturing. It’s not the newest or the sexiest silicon around (current Intel chips are at least three generations ahead), but it has the advantage of very low leakage current.

Consequently, top speed for the EFR32 processors is a leisurely 32MHz. But power consumption is just 180µA/MHz at 3V, or just over 17mW at full speed. The company figures their chip can run for more than 10 years on a single CR2032 coin-cell battery (given just the right conditions, of course). That’s five or ten times longer than similar chips from Microchip, NXP, Texas Instruments, and others. Maybe these guys are onto something.

So what do you get for your two bucks and change? Quite a lot, really. All 22 versions of the EFM32 start with a Cortex-M3 CPU core, 16KB of flash memory, 8KB of RAM, analog-to-digital and digital-to-analog converters (ADC/DAC), DMA controller, UART, timer/counter, RTC, 24 general-purpose I/O pins—and, weirdly, 256-bit hardware AES encryption. Half the chips also come with an LCD controller, and some come with as much as 128KB of flash or 16KB of RAM. Prices start at $1.50 for the simplest chip, but all 22 versions are priced well under $5 in quantity.

Part of the trick to reduce power consumption is to spend as much time asleep as possible. (It works for me.) Every EFM chip has five wake/sleep modes, from fully awake and running, to nearly dead. In its most comatose state, the chip consumes just 20 nA—almost too little to measure—but it performs no useful work and preserves no state data. The only way to resurrect it from this mode is to hit reset. So, in essence, the chip is powered off without quite being disconnected from the 3V rail.

It its two most alert states, the processor can doze between interrupts and snap back awake in just 2 microseconds. That’s quick enough that it’s worthwhile putting the chip to sleep whenever possible. Unless you’re running code continuously or your interrupt-response handler needs that extra 2 microseconds, you might as well have the chip nod off to save power.

To prove its worth, Energy Micro has a cooler-than-usual evaluation and development board for the EFM32 chips. It’s the typical small PCB with test points and socket areas, but this one also has a color LCD display dedicated to measuring the chip’s power consumption. Onboard firmware tracks energy usage in real time, complete with spiffy EKG-style chart and data logging.

Better still, the company’s software debugger correlates energy usage to lines of code. Yup, you can actually see how much power your printf() routine uses, how much is consumed by accessing off-chip variables, and how costly that spin-lock really is. The concept is similar to IAR’s newest energy-aware debugger, although Energy Micro developed its product independently (and first, as they like to point out).

There’s no shortage of ARM-based chips in the world. There are even some priced below $5 with useful I/O and decent performance. And there are plenty of low-power devices. But none seems to combine the energy-friendliness of the EFM32 with the same peripheral mix and low price. Maybe there’s a Norwegian gecko in your future.