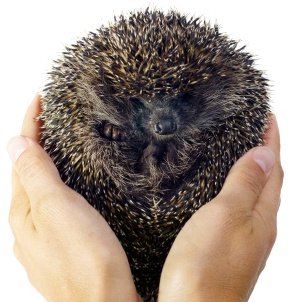 A recent column in an English newspaper commented that the London Underground was full of young men in suits “gently stroking their phones, as though they were small furry animals.”

The revolution in replacing buttons with a glass screen is only just beginning. In the last few weeks, I have seen a range of applications that have recently rolled out. One is used to improve the remote controller for audio-visual centres. My little office sound centre, with just a tuner and a CD, has a remote with 43 buttons on it. The controller for the digital terrestrial TV tuner, DVD player and PVR has 60 buttons and is heavy enough that it could fell an ox (should you ever wish to fell an ox). Yet with all these buttons you still have to resort to menus on the TV screen for a raft of actions. The touch-sensitive reference design I saw had an on-off button and a series of context-based screens with virtual sliders and buttons. My local electronics store fascinated a friend with a combined in-car GPS and terrestrial digital TV receiver with only a single on-off button.

At the other end of the size range, drive-through restaurants in the US are replacing human order takers with touch-screen panels. Since cars range in size between sub-compacts and giant SUVs, the touch screen is both large, equivalent to a 32-inch TV screen turned on end, and linked to a sensor that measures the vehicle height. The menu is then moved up or down on the screen, to be at the right height for the vehicle’s driver.

Touch screen technology has been around for quite a while, and it is usually implemented through overlaying a display screen with a touch-sensitive structure, normally a laminate of materials, which may include glass and polymer sheets. Within the laminate is layered some form of sensor system, which is connected to a controller. While the exact form of signal generated from the screen overlay varies with the technology used, the controller will normally both power the overlay and generate X and Y coordinates. These will be treated by the system as a whole rather as it treats signals from a mouse or a joy stick.

The market is dominated by resistive sensing, where X Y coordinates are determined by pushing a flexible, current-carrying sheet against another sheet. There are a number of versions, with varying degrees of locational accuracy, but one of the most accurate is based on a glass plate with conductive lines etched in it and a flexible overlay. Pushing the overlay onto the glass will change the current flowing through the wires, and the controller can calculate the position of the touch.

Resistive sensing can be incredibly precise. It works with a small pointed input device, such as a stylus, to tap onto small buttons for data entry, to capture handwriting for image recognition, or to store images, like signatures: next time you sign for a parcel you will almost certainly be using a resistive-sensing surface on a handheld unit. Equally, resistive sensing will also work with big areas, like a finger in an industrial safety glove. This makes it a good technology for use in factories and process plants. In both cases, the layout of the graphic on the underlying screen is critical for efficient use.

While resistive sensing continues to meet needs in a wide range of applications, it was capacitive sensing and the iPod that brought touch-sensing into the consumer domain, and then the iPhone pushed it even further.

Capacitive sensing, as its name suggests, uses change in capacitance, rather than resistance, to sense the position of fingers. The technology again sits on top of a display unit, but instead of flexing a sheet to achieve a change in resistance, the touch of a finger alters the capacitance in a circuit, and this change is measured, usually indirectly, by the controller. The earliest capacitive sensing techniques provide the equivalent of a button, with defined sensing areas, or pads, screen-printed onto a glass plate, using indium tin oxide or another transparent conductor. A finger touching the other side of the glass creates a capacitor, and the controller detects the change in capacitance. This makes a button-type operation. Putting several sensing areas side by side can be used to create a slider, sensing as a finger moves from pad to pad. An alternative approach, for more hostile environments, is to create pads on a printed circuit board, again covered with a layer of glass, possibly screen printed with information.

This technique is extended either by creating a matrix of pad areas or by covering the entire surface and placing sensors at each corner of the screen to measure the X Y coordinates of changes in capacitance.

A pioneer in capacitive sensing was British-based Quantum Research, now a division of Atmel. The touch products are screens, buttons, sliders, and wheels. And to support these is a range of software development tools, specialist controllers, and a software library that runs on AVR processors.

Microchip has started talking about a different approach, for simple controls without glass overlays on screen. Instead, a steel sheet overlays a PCB. Pressure on the sheet, such as with a finger, makes it deflect towards a pad on a PCB, and even a very small deflection causes a change in capacitance, enough to be sensed and then acted on.

A further capacitive sensing method is projective capacitive sensing. Another British company, Zytronic, is pushing this technology very hard  through some interesting manufacturing. Unlike most of the companies we look at, Zytronic is a new name for a company set up in 1943. (Even older than me – just.) It has evolved since the first work on making gas mask lenses, but it still works in laminating plastic with glass. The first move into display overlays was making RF filters for CRTs. By sandwiching a wire mesh between two layers of glass and then binding the mesh to other mesh on the CRT housing, it was possible to isolate the entire unit and stop any eavesdropping on what was being displayed. (This is one of those historical moments that leave me slightly confused. Does anyone know of any incidents of electronics eavesdropping on CRT displays?)

Over the last few years, Zytronic has been working on both large overlays and their controllers. With projective capacitive sensing, a grid of fine wires is laminated into the overlay. The grid is 10-micron copper wires, laid down using converted flat-bed plotters. The array has an oscillating current passing through it, and a finger getting fairly close to the grid changes the oscillation frequency through introducing capacitance. This can be translated by the controller into X Y coordinates and can be passed for action to the application. The technology allows dragging and multiple fingers, even through a very thick layer of protective glass (up to 20mm (or 0.87 inches). And the technology can currently support up to 100-inch diagonal screens, although manufacturing capacity is “only” 82 inches. The technology will interface to Windows 7 Touch drivers and it supports the gestures for zoom, rotate, and flick with dual touch. Projective capacitive sensing will also work with gloved hands.

The latest incarnation of the controller (ZXY 100) comes mounted on three boards whose dimensions are determined by the size of the screen they are controlling, and it uses a new ASIC for the conversion from the sensors to digital and an ST STM32F 32 bit ARM Cortex based controller.

It is Zytronic screens and controllers that are at the entrance to the fast-food drive-through restaurants, and on the face of the new Coca-Cola machines that dispense over 100 different flavours of soda, as well as on a huge range of kiosk and interfacing technologies.

If you are considering a GUI for your machine, instead of keyboards and mice, a capacitive sensing overlay on a screen could provide an easier-to-manage interface, with fewer wires and controllers.