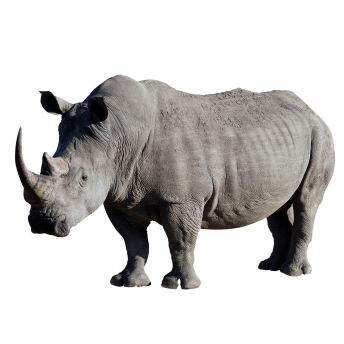 We as humans are terrible at predicting risk and probability. That’s why we gamble, why there are insurance companies, and why home warranties are so profitable. Lotteries are essentially a tax on people who flunked math.

We each have our own tolerance for risk. I’d gladly forego airport security screening if we could all just get on the damn plane and take off. I’m serious. I’d rather breeze through the airport and fly with a hundred complete strangers than endure the current farcical gauntlet. Remember in the movies when people could arrive at the airport, buy a ticket with cash, and walk onto the plane, all in the span of 15 minutes? I’d rather have that than deal with the slow and aggravating process that provides only a slight reduction in what is already a vanishingly small risk.

But the show of security comforts us, because we’re not good at estimating real risk. As individuals and as a society, we often make disproportionate investments to mitigate minor risks. That’s how we work. Psychologists (and clever marketing people) have figured this out.

And what does this have to do with embedded systems? We’ll get to that.

Compare the global investment in AIDS research versus the number of people afflicted with the disease. It’s completely out of proportion to more statistically pressing maladies. And AIDS is even preventable in most cases. How much do we spend on lung cancer research, when lung cancer is almost always preventable? Here’s a tip: stop smoking. That obvious (though difficult) behavioral change would save the health-care industry billions of dollars (though it would also cost a few thousand researchers their jobs). Same goes for obesity, some types of high blood pressure, diabetes, and so on. Take a little responsibility, folks, and stop expecting Big Mother to save you from yourself.

Life is full of risk. Life is all about risk. You think lions in the Serengeti have it easy? The tuna swimming in the sea? The birds in the trees? They all live risky lives, never knowing when they’ll live or die, or why. It’s not fair, it’s never been fair, and it’s not going to be fair. To be alive is to live with risk. To be paralyzed with irrational fear – that’s not living. “Cowards die many times before their deaths. The valiant never taste of death but once,” says William Shakespeare channeling Julius Caesar (II.ii.32-33). In other words, suck it up.

Driving on the freeway is riskier than flying. Hell, taking a bath is statistically riskier than flying, and not just because most of us take more baths than airplane flights. I drive a race car, but I’m safer driving wheel-to-wheel, nose-to-tail, at 100+ MPH than I am on a trip to the grocery store. That’s only partly because of the helmet, roll cage, and fire-resistant coveralls. Mostly it’s because the drivers around me are (a) paying attention and (b) know how to drive. Full attention being the most important part, unlike the DMV-approved bozos who got their licenses by correctly filling out 80% of a multiple-choice questionnaire on their 16th birthday, and who now fix their eye makeup or talk on the phone when they should be driving. You want travel safety? Erect a security checkpoint at everyone’s garage door to make sure they’re competent to pilot a two-ton SUV in rainy morning traffic.

Hands-free headsets don’t fix the driving/talking problem, either. We just like to think they do. As Matt Richtel’s January 16 New York Times article neatly summarizes, it’s not our hands that are the problem; it’s our brains. There’s something about the human brain that makes it difficult for us to talk to someone we can’t see. (That’s also why people using cell phones tend to raise their voices.) Conversing with a passenger in the next seat is no problem, but talking to the same person on a cell phone is hugely distracting because we’re mentally projecting an image of the person and his/her surroundings. It’s not about two hands on the wheel; it’s about one mind on the road. Hands-free headsets may paradoxically make the problem worse because now we think we’re safe. It was better before when at least we knew we were being reckless. Now we pretend a $50 Borg implant makes it all okay.

Getting back to air travel, air safety has actually improved since commercial air travel began in the 1940s, and that includes 9/11/2001. Hijackings, bombings, and miscellaneous criminal activity have gone down since… forever. It’s just not a problem. You’re more likely to be gored by a rhinoceros or hit by lightning – twice – than to be involved in any kind of in-flight mischief. If you want to improve transportation safety, focus on the drive to the airport, not the people boarding the plane with you.

Ah, but that would mean taking personal responsibility. Driving safely is our problem, but airline safety is someone else’s responsibility and therefore never good enough. We’re happy to throw money at problems (health care, air safety, wars, etc.) because it provides a placebo effect; it makes us feel safer without changing any personal habits. Most people rate themselves as “above average” drivers (and most men as “above average” lovers), which is obviously impossible.

In embedded development, we’re also driven by fear, risk, and miscalculated odds. The fear of failure – of crashing and burning in front of our colleagues – is a powerful motivator. It’s overwhelmingly why we use the same processor year after year and the same compiler project after project. We don’t choose the best hardware and software for the job; we choose the least risky ones. We’re bound by inertia because we’re biologically afraid of risk, failure, and the unknown. How else to explain the persistence of certain computers, processors, and operating systems?

That’s okay as far as it goes. We’d be failing at our jobs if we tossed out everything and started each project with new and unfamiliar components. But unfounded fear and risk aversion lead to stagnation. Evolution depends on measured change.

Biologically, you’re already at the top of the food chain, and the fact that you’re reading this magazine suggests you’re near the top of the socio-economic pyramid, too. Pat yourself on the back. You’ve won.

Now advance yourself, your career, and your industry just a little bit. Take a risk. Try something new. Push the proverbial envelope. Once in awhile you need to take a flying leap.