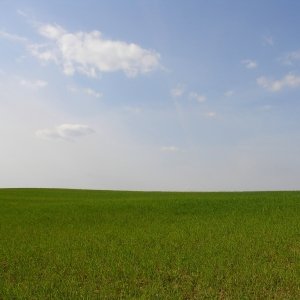 Magma Develops Tekton From a Clean Sheet
by Bryon Moyer

How many times have you said, “If I had it all to do over again…”? It’s a natural consequence of the human learning process. Since we’re not privy to the future, we take a direction – some direction typically being preferable to going nowhere at all – and make the best of it. And as we go, we learn what was good and what was bad about that particular direction.

And along the way we’re typically presented with opportunities to make further decisions as forks in the road appear, and, at each such juncture, we can make best use of the knowledge accumulated since the start so that, hopefully, each decision is better than the prior one. And with a little luck, we keep moving forward.

But sometimes, after much valiant thrashing against the elements and with nothing to show for it, we decide that perhaps we shouldn’t have embarked in that direction at all, in which case we have to come all the way back and start over. Which, in general terms, suggests failure, something none of us wants to be associated with.

Fortunately, most directions provide some value, even if they aren’t perfect. Up to a point.

Typically, after a history of success, there comes a time of diminishing returns, when we seem to have gotten as far as we can go along a given path. We’ve gotten nearer our goal (a hazy concept since, typically, we can’t even clearly articulate the goal when we start out; we simply know that we’ll know it when we see it), but it seems we can’t quite reach it, no matter how much tweaking and juggling we do.

At this point it’s as if we’ve gone as far as we can along a promising path in a maze – but it turns out to be a path that won’t exit, so we’ll have to backtrack and try a different path. But there’s a problem: backtracking feels like failure. So we push on.

It’s like the bravado of the cult of “no regrets.” Always look forward, never look back. Beat the chest. Feel the testosterone surge. But what are regrets, really? If we ignore the maudlin mopings of the scotch-and-water sad sack at the end of the bar, regrets are, to a large extent, a manifestation of what we’ve learned. If we had it all to do again, we’d do it differently. “No regrets” means, “If I had it all to do again, I’d do it the same dang way: I’ve learned nothing useful.”

So you wonder what you can do if you relax and toss aside everything you’ve done, but keep everything you’ve learned, and start over. And there are a couple of recent examples of what’s possible when you rethink things. We saw one with Oasys’s upside-down approach to synthesis and with the resultant dramatic improvement in performance and memory footprint.

Magma appears to have pulled a similar trick with static timing analysis. With their new Tekton tool, they’ve more or less laid out a challenge saying that they can do any design in less than an hour on one machine. There’s a lot of wiggle-room in that statement, but, given the rest of what they say, the assumption is that any modern design, including all scenarios, and including cross-talk and on-chip variation (OCV), is fair game for this challenge.

The problem they’re trying to solve has gotten more complex in at least two dimensions. The first is simply the obvious fact that designs are bigger. Process and environment corners have always been an issue, but the modes are the new dimension that’s killing everyone now. These dimensions are orthogonal, meaning that, for full coverage, you have to generate a complete cross-product of modes and corners.

One design that Magma uses to illustrate their point comes with three modes and seven corners for a total of 21 scenarios. This is a 1.1-million-cell 65-nm design; anyone designing on tighter processes knows that three modes is nothing these days. There can be dozens of scenarios in more complex designs. And Magma suggests, for 28-nm designs, over 400 scenarios.

They claim to handle this same design in less than a half hour on one machine. They have a table of other designs, ranging up to 11.4 million cells; none takes longer than 41 minutes to run.

Of the examples they showed, none is on technology more aggressive than 40 nm. So if, in fact, you throw a 400-scenario 28-nm design at Tekton, linear arithmetic would suggest that it would take longer than an hour. 400 is roughly 20 times the size of their half-hour design, suggesting a 10-hour run for all 400 scenarios. But if everything scales, then this design would take 840 hours on the current incumbent. That’s five weeks. (In fact, it’s exactly five weeks… that’s almost suspicious in its convenientness…)

So, whether or not they can do every design in less than an hour, the numbers they can do appear to be a dramatic departure from what’s been possible up to now. As far as I can tell, there are no obvious shenanigans in defining their results. They’re all with cross-talk and OCV on, and they’re all completely correlatable to Primetime.

If you ask how they were able to do it, they don’t give much in the way of detailed specifics; they boil it all down to this: they threw everything away and started with a clean slate.