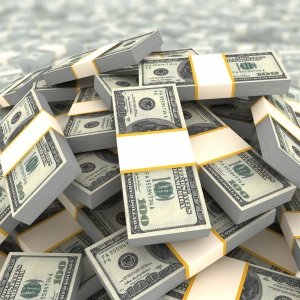 How To Get Rich in Engineering

Want to make a small fortune by licensing your engineering designs? Start with a large fortune.

Intellectual property licensing is a popular route for engineering startups. It’s a heck of a lot cheaper than starting a chip company, has low overhead, and promises untold riches. How hard can it be? You hire a few friends, fill the fridge with Red Bull, and spend a few productive hours in front of your computers producing world-beating hardware, software, or middleware. You license your creation for a million dollars a pop, collect downstream royalties on your customers’ products, and spend the rest of your days on the beach getting handed drinks by a man in shorts.

ARM, Rambus, Dolby Labs, and a handful of other companies have made IP licensing look very attractive. They apparently make a killing by licensing intangible goods to customers far and wide. But these companies are the exceptions that prove the rule. The IP business is tough and not nearly as profitable as it seems. Although their business model has been copied by innumerable startups, most struggle to make payroll or end up failing. The IP-licensing business is tough, and it’s also not new.

IP licensing is like prostitution: you get to sell the “product” once, and then sell it again to someone else, over and over. There’s no inventory, no cost of goods, and very low overhead. Any money you collect would seem to be pure profit. And yet, like prostitution, nobody ever seems to get rich doing it. In reality it’s a miserable, low-margin business and you get beaten up occasionally.

Why the big gap between the beaches-and-Margaritas dream and the tough hardscrabble reality?

For starters, the profit margins on IP aren’t very good. Regardless of whether you’re creating software or “soft” hardware (such as Verilog circuit designs, processor architectures, synthesizable peripherals, and so on), you’ll be lucky to get a low six-figure licensing fee for it. That might pay for one employee for a year, but it doesn’t cover the cost of his computer, telephone, office space, benefits (if any), software licenses (you are paying for your software, aren’t you?), snacks, or travel expenses. Or for your marketing costs, Web site, consultants, taxes, equipment rental, paper, toner, utility bills, or interest payments. Roughly speaking, every one of your employees needs to sell one license per year just to stay afloat. That’s every year, and to a new customer every time.

Second, the value of your IP depreciates very rapidly. Years ago, a new microprocessor license might cost as much as a million dollars, but within two years that fee had dropped to less than a quarter of that. That’s pretty precipitous devaluation. We work in a fast-moving industry, and what’s new and hot this year is old and boring the next. USB hardware interfaces and software stacks were valuable when they were new, but now they’re mostly undifferentiated, low-cost “vanilla” IP. That doesn’t make your IP any less difficult to develop. Just harder to sell once the freshness has worn off.

As a rule of thumb, new IP companies plan on up-front license fees covering all their basic expenses, while downstream royalties will be profit and gravy. After all, what could be better than getting paid repeatedly for work you did years ago?

That’s a fine plan (and the investors will love it), but it has a fatal flaw. Actually, it has several. First off, most of your customers will never pay you royalties. That’s either because they go belly-up before you do, or they cancel the project (that never happens, does it?), or they do finish the project but never ship any significant volume. Fewer than half your customers will ever pay you any royalties, and the majority of those will pay a piddling amount. Your first royalty check might buy you a large pizza, but that’s about it.

The other problem with royalties is that they take a long time to arrive – a long time. Plan on holding your breath for about three years, because that’s how long it will take before you see a royalty check. The IP vendor is the last guy in line to get paid after the product makes its way through the distribution channel to the end user and the money inches its way back through the value chain. It can take three years from the time you sign up a new licensee until the time they send you their first royalty check – if ever.

In financial terms, that means you’ve got to have enough capital squirreled away to keep the lights on, the doors open, and the staff happy for three years with no royalty revenue to speak of. That’s a lot of runway, and investors are not often so patient.

This all assumes you can collect royalties in the first place, because it’s an area where your customers will push back hard when negotiating licensing terms. Everyone hates paying royalties, just as you’d hate paying Fergie a nickel every time you play Black Eyed Peas on your iPod. (Now, if I could deliver it in person that might be different…)

Customers will generally negotiate away any royalty payments, even if it means paying a higher up-front licensing fee. They simply don’t want the hassle of counting widgets and tallying your fee every time one goes out the door. They also don’t like the idea of you, a mere IP supplier, shaving their profit margin long after your participation in the project is forgotten. In short, be prepared to sign contracts with no royalty component at all, which means you’re back to the up-front licensing fee covering all your expenses.

But hey, once the initial engineering work is done and the first few licenses are signed, it’s all smooth sailing, right? Not so fast, skipper. After you’ve produced and licensed your first IP gizmo – no small feat, that – you’ve now got to top yourself. You become your own tough act to follow. IP depreciates rapidly, as we’ve seen, so you’ve got to one-up your current offering with a newer, better, faster version. You’ve got to make your own product obsolete, and pronto. All that engineering work, all that sales effort, all that investment of time and talent – it’s all got to be done again next year.

That’s why IP licensing isn’t the cash cow it appears. It’s extremely labor-intensive, so your output is directly proportional to your headcount. It just doesn’t scale well. Ironically, you can’t even leverage reuse of your own work. You’re on a constant treadmill, always upgrading and renewing your IP offering(s) to attract new customers. IP is valuable only when it’s rare, unique, or difficult to produce. Once it becomes a commodity, once the genie is out of the bottle, it loses all its value. You have to stay at the cutting edge all the time. Your customers will license circuitry and software from you only when it’s less trouble than producing it themselves, so your window of opportunity is small.

Assuming the answers to all of the above are affirmative, you still have to sell it. Your customers are likely to be engineering firms themselves – firms with their own qualified and highly paid engineers. Engineers who think they could do what you’re doing. Engineers who are already on the payroll. Engineers who are worried about their jobs being outsourced to, oh, some third-party IP vendor. Engineers who frankly view you with suspicion and resentment. Can you sell to that group?

The good news is, you don’t have to. But you do have to sell to their bosses. It’s typically management, and not the engineering staff, that makes the make-versus-buy decision on IP. So although the engineers may resent the decision to use outside IP, at least their hostility won’t be directed toward you.

Sound like fun? It can be, but it’s hard work like any startup job. You’re simultaneously designing, selling, balancing the books, and providing technical support. Old customers don’t stay happy, while new customers play hard-to-get. Competitors nip at your heels even as laid-off contract engineers work against you. Royalties never seem to come when expected, and cash flow is a constant problem. Yesterday’s breakthrough becomes tomorrow’s commodity, and industry standards change when you’re not looking. There’s a thin line between a bona fide IP-licensing firm and engineering design-for-hire. IP startups with the best of intentions sometimes start chasing the next customer contract to make ends meet.

Should you try it? Absolutely. And be prepared to make a small fortune.

6 thoughts on “How To Get Rich in Engineering”