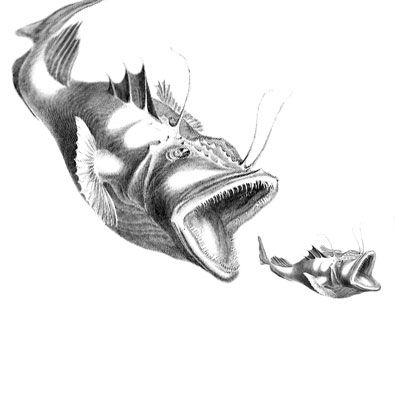 I have a friend who claims that he once worked for four different companies in a year, while not changing desks once. This was in the early days of the EDA industry, during the round of acquisitions that moved the tools for IC design from the hands of proprietary workstation manufacturers to specialist software companies exploiting the relative openness of first Sun workstations and later PCs.

The changes in the embedded tools industry have not been so rapid: someone who worked for i-Logix will have worked for only three companies in two years, during the period when i-Logix was bought by Telelogic, which, in its turn, was bought by IBM.

Why are companies buying other companies? And what does this mean for the developer?

Reasons for buying vary. A few years ago ARM bought Keil, a German specialist in compilers and debuggers, in part because ARM wanted to be certain that it could provide a full range of tools for developers using devices based on its architectures, particularly the then new Cortex family. Intel’s purchase of operating system, middleware and tools company Wind River seems driven by a need to demonstrate that the company is serious about addressing the embedded market, and in part by the wish to support the Atom core as a serious option for IP. (Intel is clearly serious, as they paid $884 million.)

Wind River in an earlier life bought a number of companies. Some acquisitions were to provide extensions of its operating systems: it makes sense to link closely middleware, IP stacks and so on with the operating system. Other purchases may have been to remove competition. In 1999 Wind River bought Integrated Systems Inc., makers of pSOS, a rival to Wind River’s VxWorks. Not long after the acquisition, pSOS was discontinued and users were required to transition to VxWorks. Other RTOS suppliers were quick to spot an opportunity and offered alternative transition paths.

But when Wind River bought the software interests of BSDi (Berkeley Software Design Inc), particularly the open source-based Unix variant, BSD/OS, only to kill it a year later, removing a competitor doesn’t appear to have been the motive. In fact, only two years after that, Wind River announced it was producing a new commercial distribution of Linux, at first in conjunction with Red Hat, and later by creating its own package, which it stills supports strongly. The only lesson that one might draw from this is that one manager’s bright idea might seem less so to his or her successor.

Another hardware manufacturer that has also bought an OS company is Cavium Networks, who last year bought MontaVista. Cavium’s chips are based on ARM or MIPS processors, and they go into networks and other products that run under Linux, with the software being an increasingly important part of the eventual product mix, so at one level it makes good commercial sense for Cavium to provide its customers with close integration between chip and OS. Although, just to complicate the situation, Cavium has now announced a partnership with Wind River to support the multi-core MIPS-based OCTEON family. I suppose this is a way of backing several horses – as ARM does through its extensive ARM Connected Community.

With Wind River and MontaVista being bought, this changed the ownership of the two biggest commercial Linux distributions for embedded and real-time applications, although a significant number of smaller companies with strong products are still active.

Apart from hardware companies improving their product’s attractiveness to purchasers, the other trend in acquisition is software companies providing a wider offering, even a complete tool chain, to their customers. We have seen this happening recently with Artisan Software Tools.  Artisan was a UML/SysML modelling company which, a year or so ago, began to expand, firstly by expanding its services business, then by adding tools. In January, it rather startled people by merging with Ada and real-time Java specialists, Aonix, to create a new company, Atego. This was announced firmly as “the foundation for an integrated tool chain strategy” aimed at “complex, mission- and safety-critical systems.” James Gambrell, Executive Chairman of the new company, sees growth coming from both the established military/aerospace/defence base and from expansion into other mission- and safety-critical areas, such as transportation, nuclear energy and industrial applications.

Buying a company is not always plain sailing. The electronics industry as a whole, including the embedded industry, is littered with the corpses of failed purchases. There are several theories as to why some acquisitions appear to fail while others succeed.

One issue is the different nature of people who create a start-up and those who work in a well established company: people who start a company become used to making decisions on the fly, reacting to changing conditions and working by instinct. If such a group is taken into an old-line company run by meetings, processes and manuals, then there is almost, by definition, going to be a personality clash. At first the maverick will be held in place by some form of golden handcuffs – he (almost always a he) will receive the purchase price over time, often with a link to performance or sales. Towards the end of the earn-out/vesting period there comes a point when the balance between frustration and wanting as much money as possible tips over, and the maverick goes. He might have made enough money to retire, but more often he starts another company.

What has the acquiring company got at this point? If they are clever, they will have integrated the technology with their own product line and persuaded the technical teams to work together on future developments. If they are less clever, they may have a product line that they don’t fully understand and have difficulty maintaining. In time they may even drop it, leaving users out in the cold.

When two companies have similar cultures, then things may work better. This is often the rationale behind mergers. But then you also have the possible problem of two equally strong-willed people working together (or not!).

An alternative to mergers and acquisitions is strategic relationships. Every week brings announcements of Company X entering a relationship with Company Y. Sometimes these are more noise than substance, but there are a number of alliances that aim to offer something more concrete to the developer. The INTERESTED (INTERoperable Embedded Systems Tool chain for Enhanced rapid Design, prototyping and code generation – a fairly heavily contrived acronym) project, funded in part by the European Union, is bringing together a number of tool suppliers and tool users to create “the first-ever European-wide, integrated and open reference tool chain covering the full spectrum of embedded systems and software development. INTERESTED’s aim is to realise a reference tool chain that is highly dependable, safe and efficient, while also reducing the cost of deployment and maintenance by 50%.” We plan to look at INTERESTED later this year.

Another approach for improving the creation of a tool chain is for independent tools companies to use the Eclipse interface. Eclipse is gaining momentum for embedded tools, and we will be looking at that later this year as well.

The ultimate question is, “Do these mergers and acquisitions help the development engineer?” Well, “Yes and No.”

Let us assume you are a chip maker with your own architecture. In the past, you might share your detailed development plans with Wind River, so that when you released a new product there was a version of the VxWorks RTOS ready and waiting. Will you want to do this in future, now Wind River is an Intel subsidiary? Does this mean that the developer planning to use the device is going to be dis-enfranchised?

When mergers work, the end result can be a benefit for the developer. They get tools that play nicely together, making it easier and faster to get products developed and into the market. However, when things go wrong, for whatever reason, it can be argued that the developer also suffers, as tools disappear and competition is reduced.

When you look at the embedded tools market, it is highly fragmented, and market consolidation is probably an inevitable trend. But embedded technology is also a very diverse business itself, working on a huge variety of hardware in an equally huge variety of applications, and it is inevitable that there will be a wide array of tools. To misquote Nixon’s friend, Chairman Mao, “Let a thousand flowers bloom.”